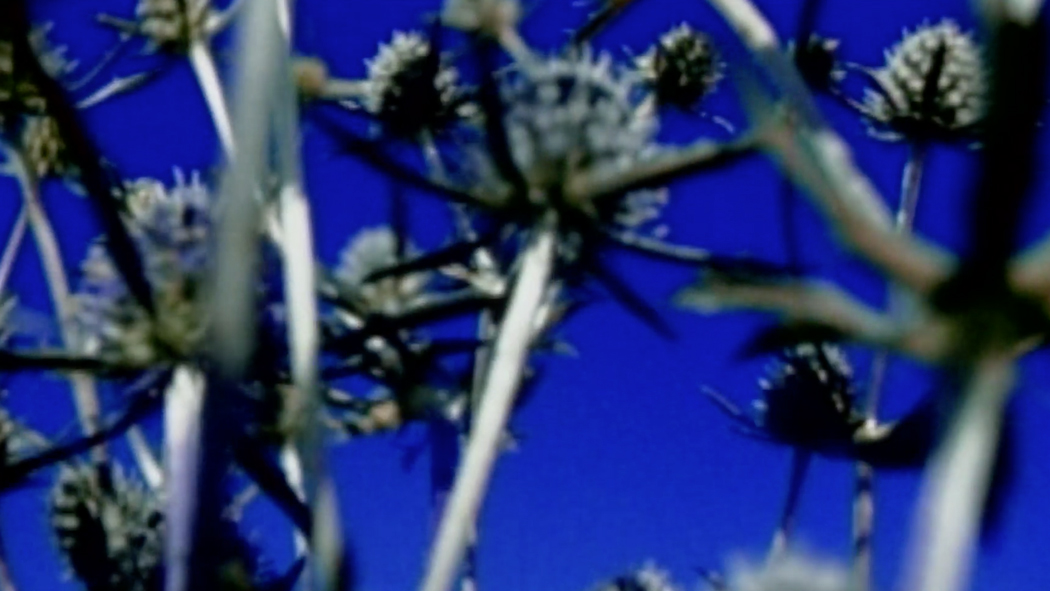 Acting classes, Nurse Cinnamon with her chihuahua, autographed photos of Ms. Carey herself – Camp Mariah was special. But AJ’s happiest moments were the secret times he spent with Damon.

“We’re just playing around. You know that, right?”

That’s what he asked me, immediately after we started kissing. We both stood in the dark, damp cabin, barely able to see each other in our unlit meeting spot. We relied solely on touch and sound; moist kisses and heavy breathing letting us know how the other felt. From the first kiss that night, I could feel the apprehension on his lips long before he posed his question.

I had met Damon two years prior, when we were bunkmates. Our first interaction did not stick with me, and at the time I was way more focused on my predicament for the summer. At the end of that school year, my mother had decided to ship me off to camp. “You need something to do this summer, you can’t just sit around the house,” she said, as if that wasn’t appropriate for a 12-year-old only child.

As a kid, I was never a social butterfly – I dreaded the thought of being sent away to upstate New York to live with a bunch of strangers I’d have to befriend. It seemed way too stressful. I wouldn’t have the one crutch that I could always lean on: my mother. Whenever a kid said something mean to me at school or I didn’t get what I wanted, she was always there to fix it. Now I would be miles away from her at the mercy of pre-teens in an unfamiliar setting.

Camp Mariah was special for many reasons. It was named after its founder, the one and only Mariah Carey. As one would expect from anything associated with a superstar diva and queer icon, the camp was eccentric in certain ways. The cabins had electricity and air conditioning, our laundry was done for us, and we received autographed photos of Ms. Carey. Unsurprisingly, it was a performance arts camp or as they put it, a “career awareness camp.” My mother certainly picked the perfect camp for a sexually confused 12-year-old. Camp Mariah was one of those Fresh Air Fund camps. The fund, an organization whose mandate was to give city kids access to “fresh air” and time away from the city, was situated among the Catskill Mountains. We were expected to swim in the often freezing lake, roast marshmallows, hike, and even do a high ropes course. Other unique relics of Camp Mariah was our resident nurse, Nurse Cinnamon, who brought her chihuahua wherever she went. There was also a fitness day where the kids were personally trained by Equinox gym instructors bussed in from the city.

Performance took on an overarching meaning for me during those years. While I spent majority of those years in acting classes, I also crafted the art of staging straightness. Those three summers at Camp Mariah taught me how to act like I didn’t have feelings for other boys, pretending that I was as normal as the rest of them seemed. My co-star in this performance was Damon.

It had been two years of pretending. We were now in our third and final summer at Camp Mariah. We would sneak off to the bathroom when our other bunkmates and the counselors were asleep – stealing kisses in the dark, embracing and letting our hands drift. We used the allotted free hour each day to “shower” while other kids played manhunt and went to the lake.

As far as we knew, nobody caught on. We would be together in this way each summer, and when we emerged from a romp, we were just friends again, never betraying our secret. After these summers ended, we didn’t talk, opting instead to go back to our separate lives outside of Camp Mariah. It was something I accepted. But our third summer together, the rules proved way harder for me to accept.

The summer started off as usual, no longer bunkmates but still playmates. By the second week though, it seemed that Damon had a new playmate. “Did you hear that Damon and Rachel are dating?” I was shocked when a friend asked me. I was confused as to what this meant for us. The only option I had was to act like the others around me. “I had no idea they even liked each other,” I said understatedly. On the surface, I seemed like anyone else taking in news of a new couple at camp. But I had to ask Damon myself and find out what was really going on.

I could see him in the dining hall, animatedly talking to the other guys, no doubt about his new relationship and the new woman in his life. I watched and waited like he was my prey, waiting for my opportunity to pounce. After a while, he arose and headed towards the back of the dining hall, past the milk coolers and towards the bathroom. I didn’t wait too long before getting up and heading in the same direction. I waited outside the bathrooms mentally willing him to emerge soon.

“Hey how’s it going?” I asked when he came out. I found myself speaking as if we hadn’t known each other so well these summers.

“I hear you’re dating Rachel, that’s crazy right?” I said through a forced smile. I hoped it was a misunderstanding that he would clear up right here.

The breath left my body because I had no idea what this meant about who we were anymore. We had this act going for two years, and suddenly things were going to be different.

“So what does that mean for you and me?”

“Of course man, we’ll always be friends,” I said, reassuring him through a forced smile. The pain of rejection began to well up behind my eyes.

I walked back into the dining hall, stunned. The thing about the situation wasn’t that Damon was a young love of mine, but that more so he represented who I truly was. I was a queer black boy and I had just lost the only way I had to express myself. The manner in which I could express that hidden part of my identity had slipped away so quickly, and I couldn’t do anything about it.

As the summer went on, we routinely ran into each other. It seemed like everywhere I turned Damon had decided to flaunt his new relationship to my dismay. There was the yearly carnival where I watched him push her down the makeshift water slide made out of garbage bags. He smiled from ear to ear enjoying his time with Rachel that day. Seeing them have fun with each other publicly was something that Damon and I could never do. The moments that made me happiest in camp were the times I spent with him in secret. It devastated me that his straight relationship was so easily and visibly accepted, when our queer one was always hidden away, out of view. Whenever I saw the two of them together, I wondered what it would be like to expose such happiness publicly. The remainder of my time at Camp Mariah would never allow me to discover that feeling. After the “break-up,” I only felt the typical emotions associated with loss and rejection: loneliness, confusion, and sorrow. I felt that way for the remainder of the year.

It wasn’t enough that Rachel got to experience things that I would never get the opportunity to with Damon, she also inherited my most intimate and private interactions with him. I would see the two of them walking off into a secluded area in the woods, just like he did with me. Where I was told we were just playing around, I could imagine him telling her their time together was the real thing.

After that third summer, I returned home for the last time from Camp Mariah. No longer would I have Damon, or the cabin where we shared the most intimate of moments. That secluded space, where we expressed ourselves during those summer nights enveloped by darkness and the sounds of crickets chirping. I can still remember how the humidity felt in the air all those years ago, constricting my breathing while the cabin simultaneously offered me a feeling of freedom. Damon will always evoke various emotions within me when I think about our past together, some good and some bad. Years later, it dawned on me that maybe he had a positive impact on my life. Because of him, I resolved that I would never want to hide my identity, the way I did while at camp. 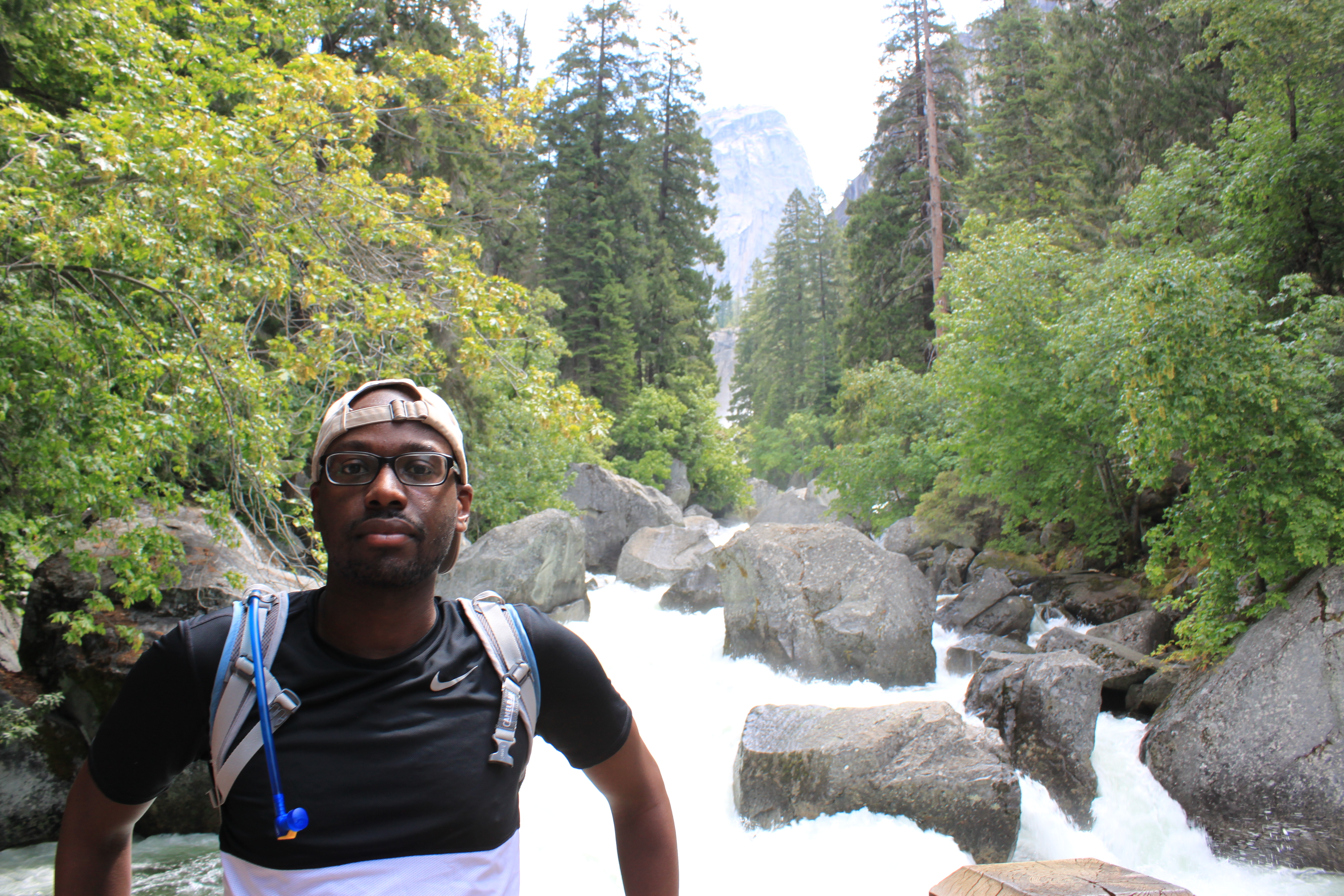 A. J. Stepney is a Native New Yorker and typical Pisces. When he isn’t writing about the details of his personal life, he routinely chronicles it through self-portraits on Instagram.