Review: I Hate the Internet

Learning Curves: A Skincare Guide Equal parts necessity and fun, here's how to create a routine that works for you. 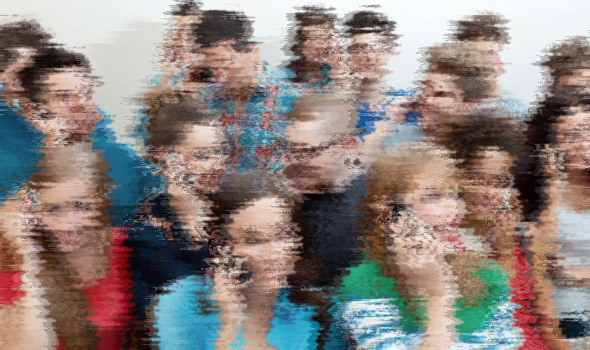 I Hate the Internet: A Useful Novel, Jarett Kobek

“I don’t think any novelist should be concerned with literature.”

Every few weeks, Mark Zuckerberg adds a verse to the Gospel of Silicon Valley and I threaten to quit Facebook, but I don’t, because I deleted it once last year and it only led to the revelation, not liberation, of the kind of rock bottom a person must have hit to unilaterally erase a history of online friendships. I don’t even hate anyone or have problematic entanglements. Every time, eventually, I make peace with keeping my Facebook as a Rolodex that comes with occasionally fun facts. 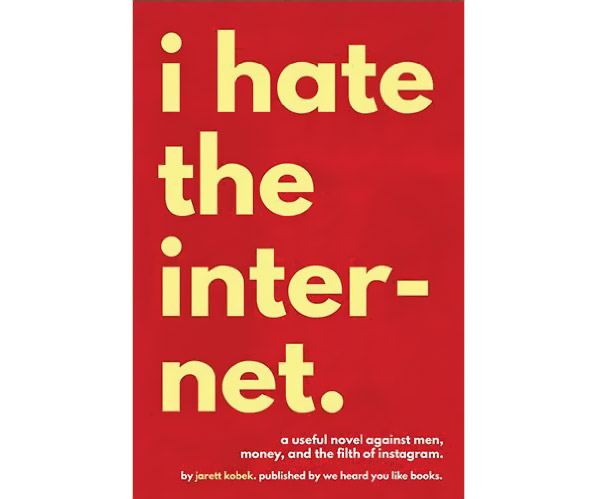 By the time Jarett Kobek’s I Hate the Internet: A Useful Novel came out this month, Mark Zuckerberg had started to make official statements in Chinese; Twitter had announced an outrageous but unsurprising reform; Google Search autocompleted “is Silicon Valley…” with “bad for your health”; and according to The New York Times, celebrities had rediscovered “the power of secrecy.” The national prophet is sharable The Atlantic links.

It should be a relief, then, for people who feel bad about all the Buzzfeed quizzes they are taking instead of reading “good novels,” that “good novels” turn out to be a Cold-War-era CIA invention that was meant to “celebrate the delights of a middle class existence produced by American dynamism,” with its stream of college reunions and “pointless sex with ruminations of the nature of mortgages.” Kobek welcomes you to a world where junk media and good novels are equal-opportunity enemies. So at the end of this anti-capitalist, anti-imperialist, anti-patriarchal, and anti-literary novel by a Turkish-American writer from a small press who knows a tonic when he has written one, I am not sure if I hate the Internet or good novels for hating the Internet more.

I do love this one. Kobek has written an ingenious novel that reaches for neither a romanticized past nor an idealized present. Instead, his digital sage of a narrator follows through with his claim: “The only thing writers were good for was sending messages across time.” Rather than looking into the past for something to teach the present, Kobek suggests a more useful project might be to tell the future something unique about the present. And as they say, the future is now.

In Kobek’s “useful novel,” set in tech-boom San Francisco during the past decade, the morality lesson is no longer for a teenager entering society, but for a mother – Adeline – using Twitter for the first time. Adeline is a white middle-aged comic artist from Pasadena with niche fame and a talent for missing the point. She is eccentric by the oldest trick in the book: entitled and selective ignorance that, with the right accent, passes as humor. I accept Adeline’s off-duty charm because she reminds me of another recent heroine, the defiant Harriet in Siri Hustvedt’s The Blazing World – another middle-aged artist in a culture that hates women.

Such entitlement means Adeline understands having style means there is no such thing as bad optics. This, unwittingly, leads her to commit “the only unforgivable sin of the early Twenty-First century,” and the novel uncoils around a village of friends and frenemies like the Middlemarch of the Internet age. But the plot is minor. Much of what happens in I Hate the Internet has the deadpan banality of headlines that get relegated to the back Local Pages such as “Pregnant woman found stabbed in Staten Island” or, in this San Francisco’s case, “Airbnb renter fooled neighbors, refused to leave.” There is a times-they-are-a-changin’ sense that life for this handful of San Francisco types – comic artist, trans librarian, venture capitalist, writer married to probably trust-fund princess – increasingly resembles a life-simulation video game, in which old-time diners are for time-outs, and one wins by outpacing gentrification.

But even more to the point, the novel itself is a lucid simulation of how we live now, with and on the Internet that has irrevocably altered how we read, write, and shit on each other. The implication should be profound, in the way fin-de-siècle urbanization and World War I shook modernist literature into being. Kobek gives novels permission to not tiptoe around writing about the Internet, like civilians are afraid of legal papers where there is, in fact, plain English hiding in plain sight.

The Internet, at this point, is no longer only the thing itself, but a omniscient totem of late capitalism’s opaque machinery. In the absence of political tyranny in America, Kobek identifies the tyranny of money, and so a critical look at the Internet must also be an observation on the life it has enabled. I Hate the Internet is not driven by plot, characters, or even ideology, but by a way of knowing and narrativizing only possible on the hypertextual, encyclopedic Internet, where stories are told by association, punctuated by an autistically specific speech pattern. The jagged, non-sequitur connections between sections replicate exactly the pace and delight of falling into a rabbit hole of Wikipedia entries until you could trace an evening of thoughts in a window of tabs. You could guess which blue-tinted phrase to click on in “a functioning model of American progress: change is only achieved once half the country is crazy enough to forget that they participate in a system of institutionalized racism.” will lead to “America had been driven crazy by 1)…”

The Internet’s encyclopedic freedom also means that for, maybe, the first time in history, people have the widest range of shared context and do not have to depend on each other – let alone a novel – to define and explain. How often does anyone bother to elucidate a new-to-the-dinner-table idea anymore, when you could calmly huddle around a phone for not only the expert version of the answer, but also to fact-check the answer and then end up arguing about the answer with someone smarter and not even at the table? Even the ESPN commentator tells me to “Google it” after name-dropping a legendary German soccer player, “if you don’t already know who he is.” The assumption is that, as documentarians, the media’s role is to build context, while the reader fills in the blank like a vocabulary test, or like making horoscope out of constellation.

In a world where the smallest unit of an idea is a hashtag, a novel like I Hate the Internet might seem like a quick resubscription to Orwell’s dystopian political future. Yet, is there anything inherently more pessimistic or optimistic in writing a novel, as opposed to writing a manifesto or pamphlet? Kobek already said in an interview, culture can’t save you. I keep being reminded of what a very funny friend once said is the highest compliment comedians pay to a joke: silence, and then a chuckle and a nod.