Choked up Inga Hensing shares her own sexual coming of age, when she knew she had to stop fucking that way.

Three artists you should know: Alberto Hernández, Ro Garrido, Annie Mok share their style icons and how they deal with winter blues. 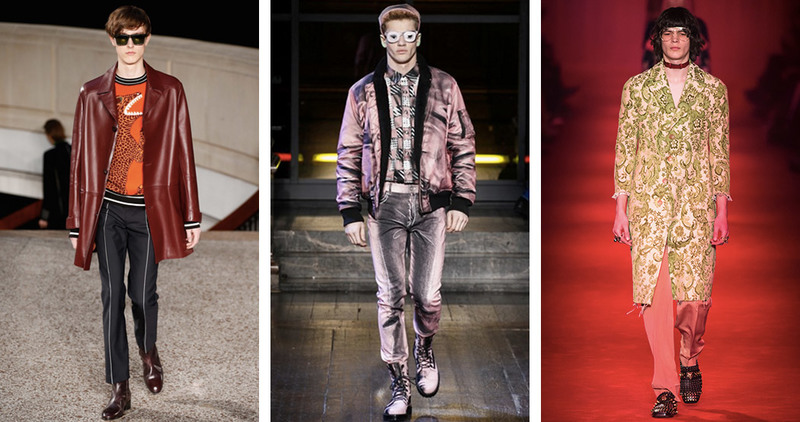 In early January, at the show for Burberry’s Fall 2016 Menswear line, a female model dressed in a cape opened her hands to reveal the word “Bowie” written on her palms, while other men and women in plaid overcoats, double-breasted jackets, and widely-draped trenches walked the runway. Already, the expectations for a men’s fashion show were thrown – although, in our current cultural ecosystem, where queer and female identity are central, the fashion world belongs, in part, to an audience who is eagerly fluid. Amidst this representation of mixed genders, Benjamin Clementine performed live in a soulful, brooding voice, singing: “I swear that yes, you’ve seen me, you’ve seen me here before.”

In truth, we have: designers often have double-dip into the past for inspiration. This time many paid homage to David Bowie, who reimagined feminine glamour as male, fashion that doubles as costume, and even the gender of the everyday suit. At recent shows for Men’s Fashion Week, Bowie’s influence was undeniable, and it was clear that fashion’s gender-bending, DIYing, pop art, and 1970s inspirations made many runways a timely tribute to the late pop chameleon. In between chrome pants and wide-legged suits, Bowie’s varying personas were largely at play, and we witnessed a cultural legend continue as such, even so shortly after his death.

Much like the Bowie we witnessed circa Space Oddity and The Man Who Sold the World, spacesuit-style chrome was big this season, alongside 70s-era onesies and fluorescent accents at Katie Eary, Moschino, and McQ Alexander McQueen. 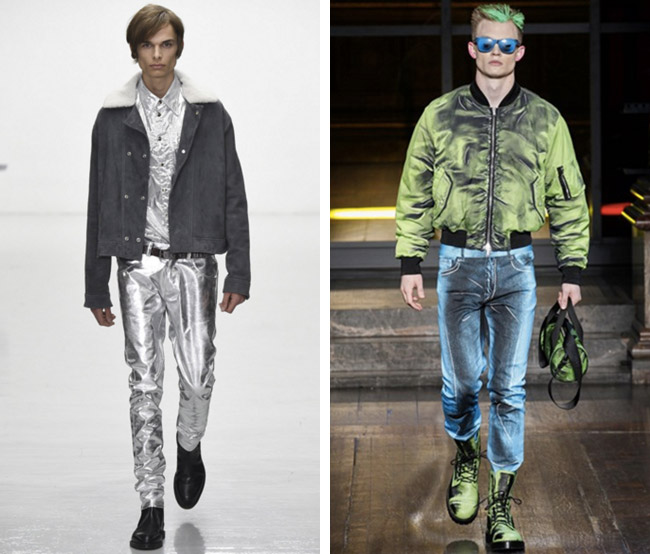 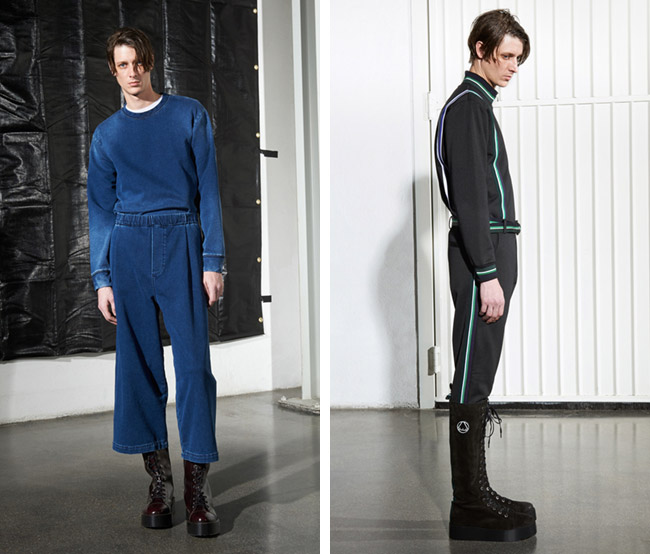 For some, the most noteworthy trend at Men’s Fashion Week was the number of women walking in the shows. Men’s designs draped female models – ten at Gucci, five at Matthew Miller, a handful at Burberry and Billy Reid – in ways similar to Bowie’s gender-bending in the 1970s and 1980s, with suits easily transferred between genders, wide-legged and high-waisted trousers, jewelry in excess, and feminine patterns. 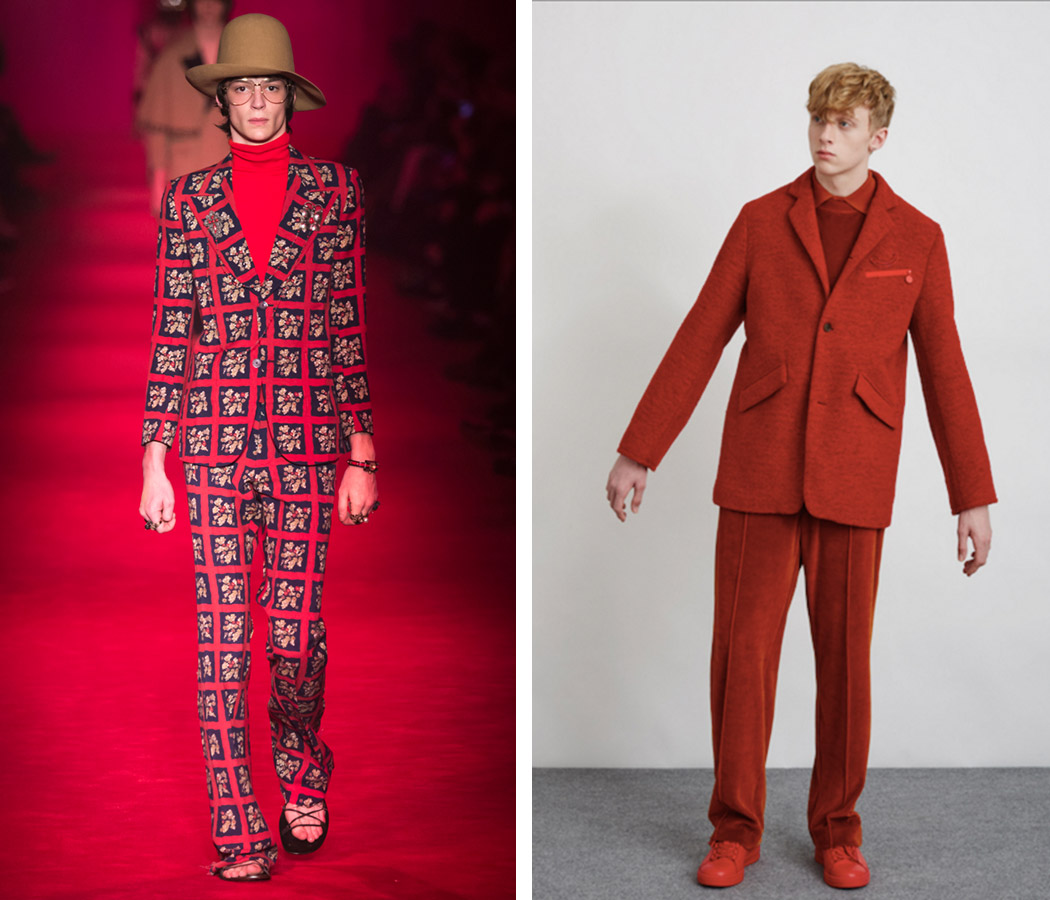 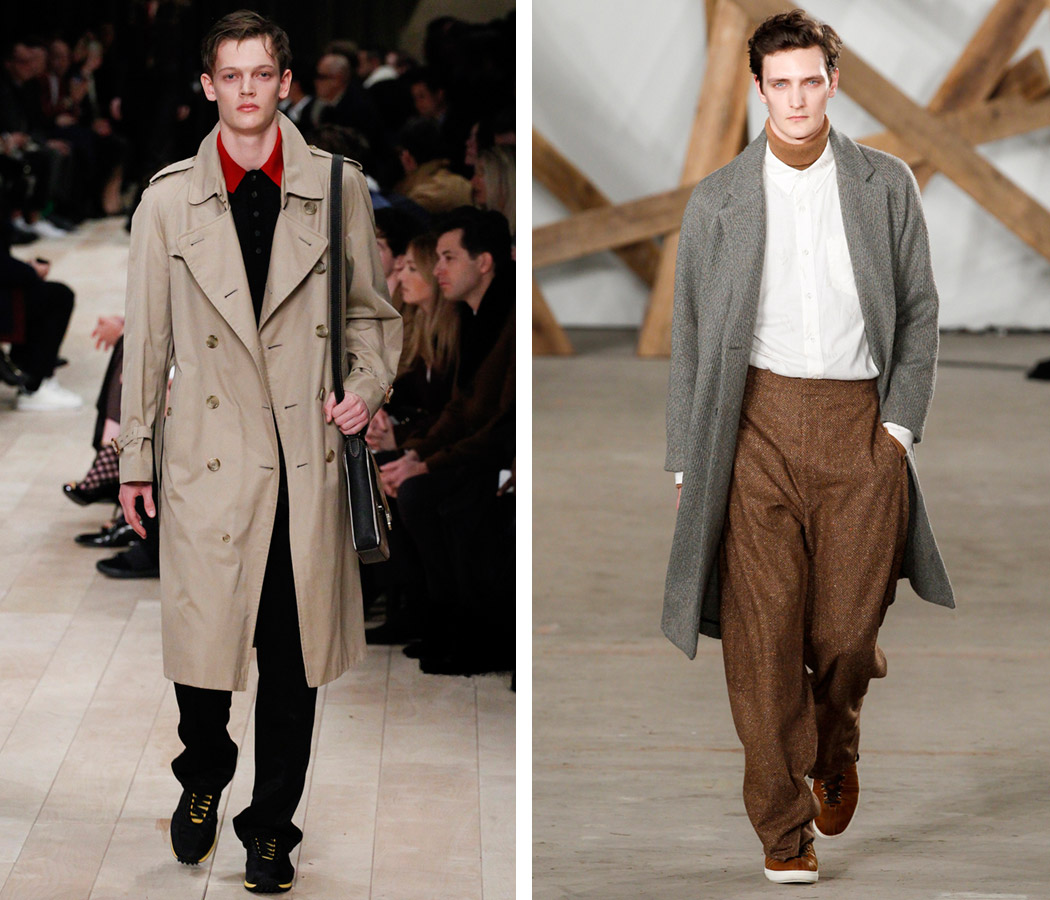 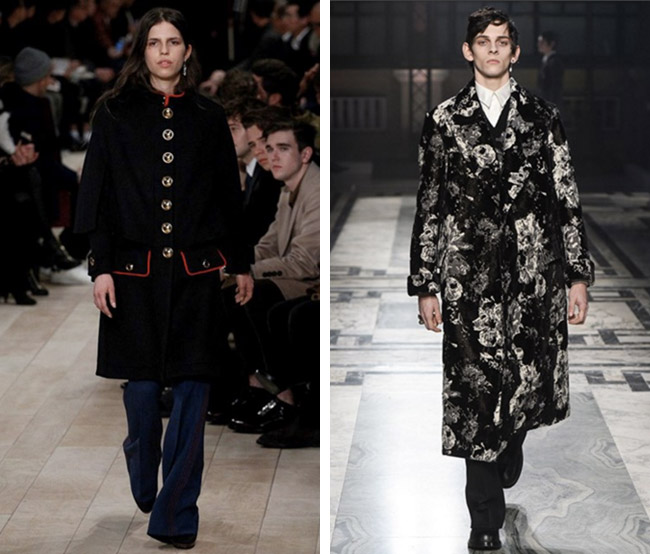 Bowie’s Ziggy Stardust and Aladdin Zane days repped a DIY style that spoke to the power of using various cultural references in fashion to create a new kind of visage. Bright colors, pattern-mixing, patches, and varying cuts of garments communicated that men no longer have to conform to fashion’s typical formulas. 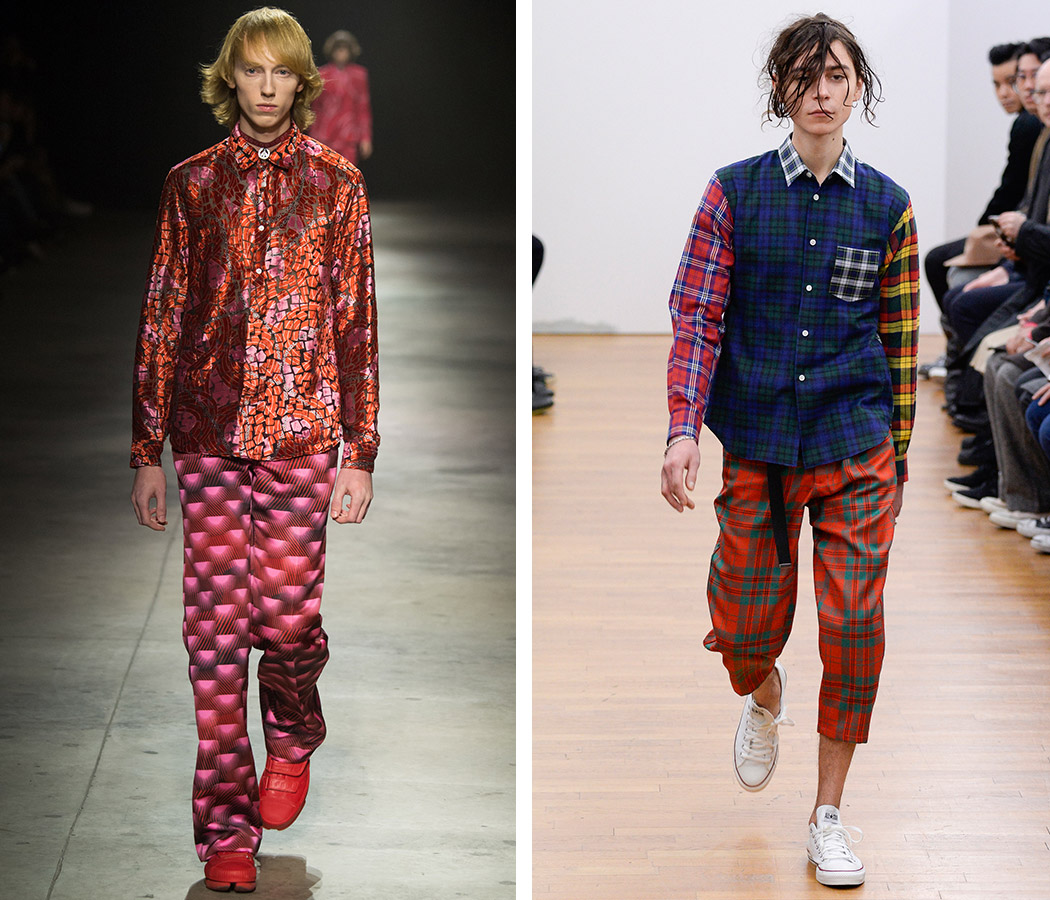 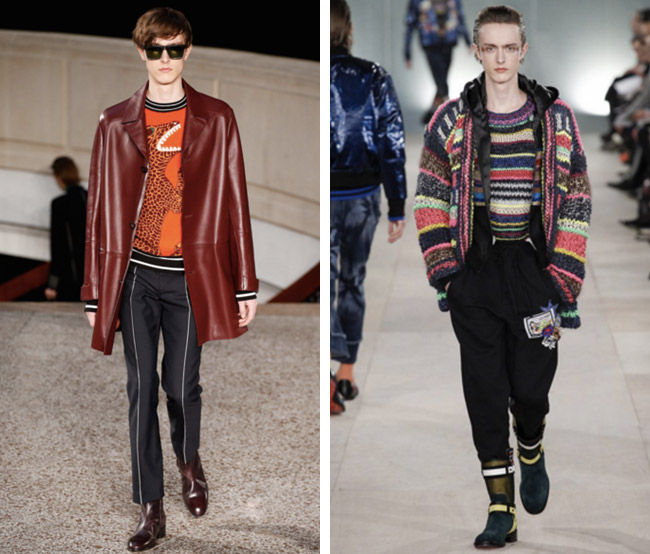 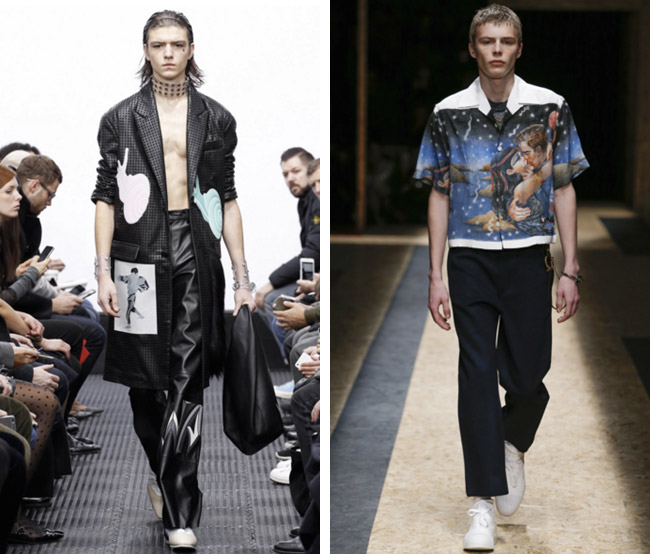 Post-experimental Bowie introduced The Thin White Duke, an impeccably-dressed persona whose crisp clothing and slicked-back hair followed the recipe for a more predictable male guise. Similar in his simplicity, we later met Bowie in a white t-shirt, rounded-hat and sunglasses in the film The Man Who Fell to Earth, a style almost completely mimicked this season by Public School. 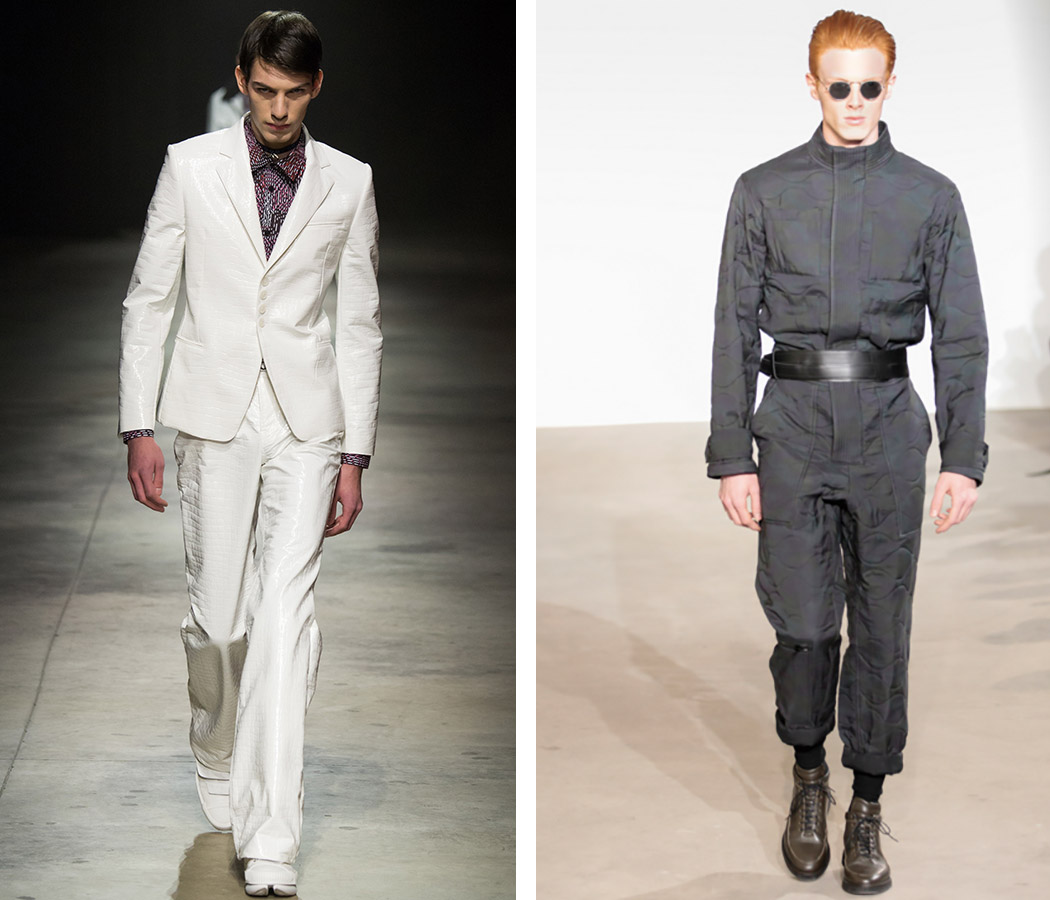 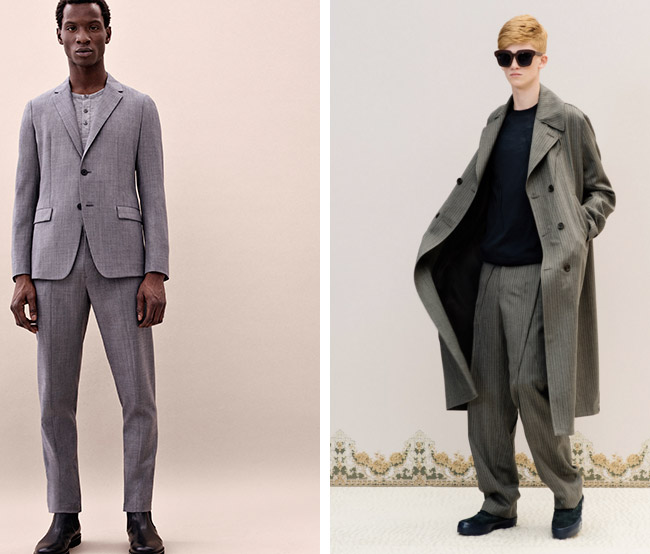 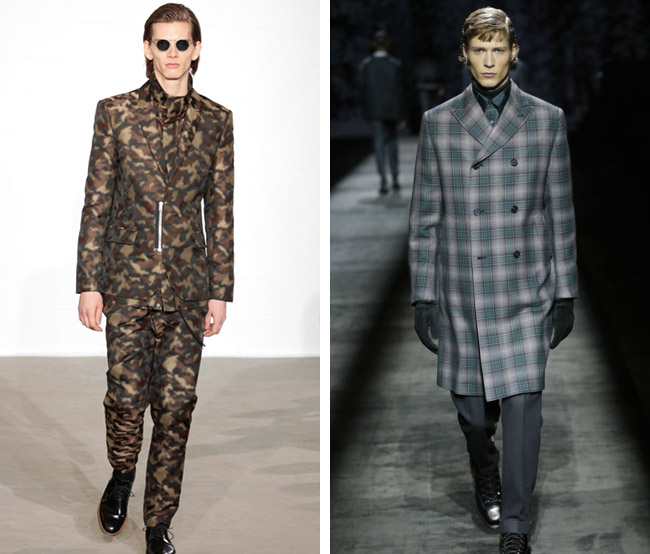