Meet the Girl Behind Twitter’s @Trash_Mom

Watch the Columbia Report on Rolling Stone’s Gang Rape Article The magazine officially retracts its feature on a University of Virginia gang rape. 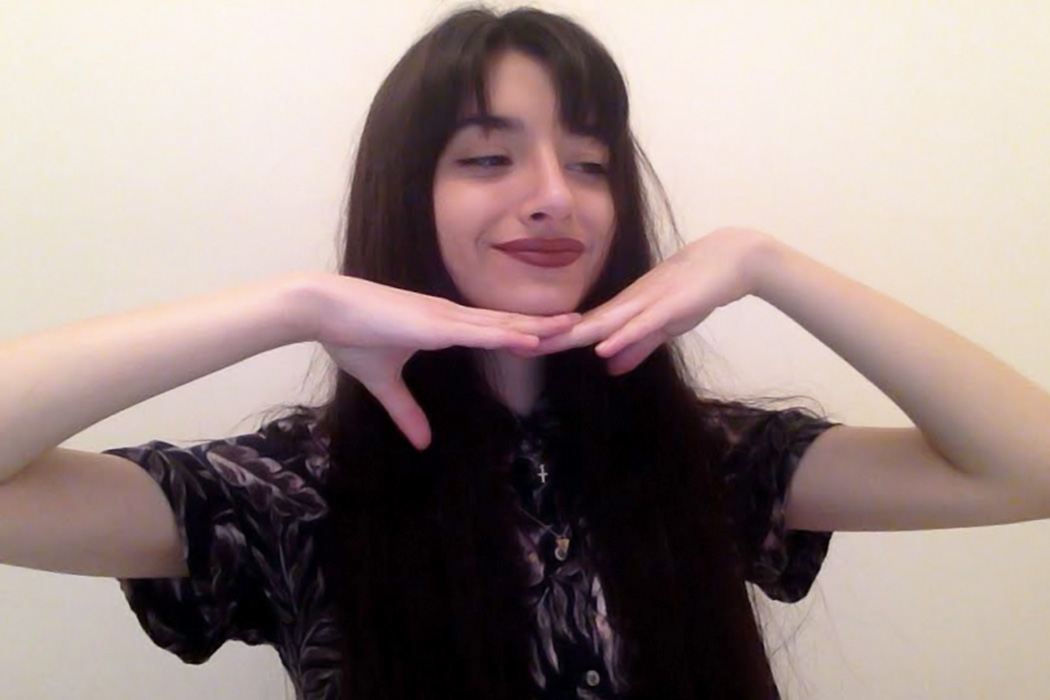 7,000 Twitter followers – what more can a girl want? A world that isn’t so shitty, for one.

Meet the Girl Behind the Twitter-Famous Handle

Whenever one of our friends joins Twitter and asks us which accounts to follow, we always send them to @Trash_Mom. Trash_Mom is a constant stream of witty, self-deprecating insight about every-day ennui, mixed with pumped-up advice on how to love and care for yourself. If you’ve been wondering what “sad girl Twitter” is all about or want to join the club, @Trash_Mom is your girl (although “sad girl” is nowhere near a comprehensive description of who she is). After following and retweeting her repeatedly, we decided to find out about the person behind the tweets.

How old are you?

When did you start tweeting? What motivated you to get an account?

I started tweeting when I was 17. I made an account because I was dealing with some personal shit and I guess I needed somewhere to vent where I could be relatively anonymous. My handle is pretty weird, I thought of it because I’m super trashy but also very motherly and I guess it means that I’m proud of those two things, and Freud’s theories interested me a lot at the time.

my date with myself today was so romantic

At some point, not sure how exactly, we came across your handle at our office. You’ve been a constant source of entertainment, inspiration, and insight. It seems like at some point every day someone says “OMG, did you see TRASH_MOM’s last tweet?” Have you heard something similar from others? What has the reception been?

I have had similar reactions from others which is pretty weird because I put pretty much zero thought into my tweets, it’s just blabber. The reception has been really positive which is also weird because I tweet about dick like all the time, but I guess people enjoy that.

Walk me through a given day in your life.

A day in my life is pretty boring at the moment. I had to drop out of college a few months ago because of health issues so right now I’m sorting that out. Basically I just watch a lot of films and walk around in my underwear and chain-smoke.

I notice in addition to being a really prolific tweeter, you also retweet a lot. How do you read your timeline? What’s your criteria for retweeting a thing? What does someone have to do to get followed by @TRASH_MOM?

I retweet whatever makes me laugh or whatever I think is important. Social issues are always important so I try to involve myself in them and I try to use Twitter as a platform to fight them. Anyone can get a follow back to be honest – if I like what you tweet and I think you’re a wonderful person, I’ll follow you. I can tell when people just want a follow back and don’t actually care about me though, and I don’t really follow people like that. I think it’s a bit weird when people obsess over their follow count or their follow ratio. I’ve met so many amazing people and it all started with a teeny follow. :)

You tweet about body image and sex a lot, and you seem to have a pretty grounded and inspirational perspective. Have you experienced a lot of grief on Twitter about being so outspoken and frank? What about support?

Honestly, I experience close to no grief about how open I am about my sexuality and body image. People always tell me they love it when I don’t hold back. I don’t mind people knowing that I like dick, adore girls, and love myself. I think people feel better seeing how open I am, because it encourages them to be as open as they want. At least I hope it does.

There’s this “sad girl” twitter trope that’s been going around for awhile now. You seem to have one foot in that camp, and another in a much more ... I don’t know ... positive but self-cynical camp. Am I way off, or can you talk about that?

When I first started my twitter account I kind of accidentally fit into the “sad girl” persona because I was literally a sad girl and very depressed. Although I don’t really tweet like a sad girl anymore, I think people will always classify me as one. You’re totally right about the positive self-cynical thing, though. It’s like I’m trash covered in gold and glitter.

Let’s say that in five years, the world could change into whatever you wanted it to. Like, geopolitically ... but also for your own life. What does the best-case 2020 look like to you?

If in five years the world could change to whatever I wanted it to, I would want no discrimination. I don’t want to live in a world where black teenagers are being murdered by police or people are harming themselves because they feel that they don’t fit into society. I also cannot wait for people to start loving themselves. I feel like people are slowly getting there and being more positive about their bodies and I’m so excited for people to know that it’s ok to love yourself and to love others! Loving myself was the best thing that ever happened to me and I just can’t wait for it to happen to other people that fucking deserve it.

white privilege has nothing to do with ur social or economic background, its literally privilege for being white

I don’t really get angry anything in my life. I’m pretty chilled out about everything, maybe too chilled out. I get angry when I see people hurting other people though. You can be whoever you wanna be but don’t hurt others, because that shit is not cool and it’ll hurt you too.

Are there things you wish you were better at?

There are some things I wish I was better at but I can’t really say it’s my fault for not being better at them. I have depersonalization, which is this weird neurological thing I got from a migraine five years ago, and it has prevented me from being a person. It’s a really huge part of my life and it affects everything I do. So I guess I wish my brain was better at being a brain lol.

ppl ask me what derealisation is like so heres the best i could explain it pic.twitter.com/RdBSwqvX7w

What advice would you give to people trying to up their twitter game?

Just be yourself. Say whatever you wanna say, don’t be a dick, always be a fucking angel to everyone and it may get you where you wanna go. I tweet what I think and have no barrier and it has never done me any harm. If you’re thinking about how great your boobs are, tweet about it if you want. It’s ok, I fucking love my boobs too. <3

Anything you want to plug? Any projects you’re especially into these days?

My life is pretty much on hold because of my health so I’m not into any specific projects right now. But when my health starts to improve I definitely want to make some short films and fuck about with beautiful artistic people to make lovely art. I hope it’s fuckin soon because I’m bored as shit! :D