I Was About to Get Recruited, so I Decided to Drop Out

If Only I Stayed Raised in the Mormon Church and studying at an LDS-owned university, Brinley Froelich took psychedelics a month before graduating and decided to drop out. 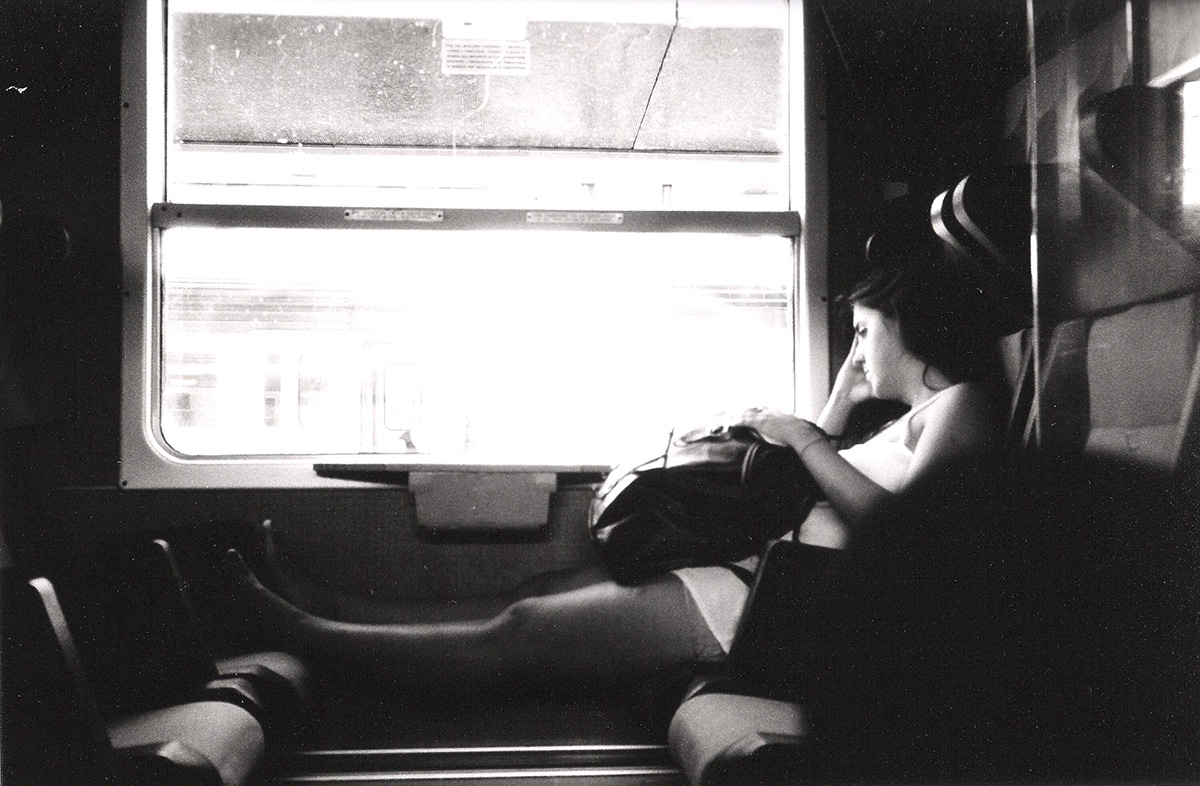 Dropping Out Before I Got Recruited

When I was asked to write PR proposals for solving BP’s oil spill crisis, I knew it was time to drop out.

I was raised to believe in the importance of an inquisitive mind, an openness to new ideas, and an evolving knowledge of the history of the world as well as the present. My experience of education sometimes reflected this but more often felt like an oppressive corporatised structure more focused on careerism than learning.

My mother, who as a teacher was constantly being reprimanded for teaching non-approved texts, would admonish me for receiving any grade lower than an A-. My father, who refused a scholarship to continue his graduate studies because of the oppressiveness of the university structure and instead took his education in the back alleys and used bookstores of the world, insisted I complete my homework every night. I was fortunate to attend fairly good public schools as a child. While poor, my parents were determined to invest time where they couldn’t invest money in my learning. I was lucky in that sense. My elementary and high schools funded Te Reo/Māori language classes, art workshops based on various religious and cultural traditions, dance and drama productions, political debates and music events. Still, my best learning, reading, and talking happened at home.

I didn’t grow up with a television, although we did hire them from the local rental store for brief periods while my mother was working on a film, so I didn’t totally miss out on my classmates’ pop culture references. It meant I spent more time reading, writing, and listening to music. The sacrifices my parents made for education were not the run-of-the-mill variety. I rarely had new clothes but we always had discounted tickets to international theater shows. I didn’t get to go on the school skiing trip but my mother sent me to Hole in concert. Our roof was falling apart but we still made it to Medellín, Colombia for the Festival Internacional de Poesía. I argued about these experiences, complaining to my mother that we couldn’t afford them, and she calmly explained they would contribute to my greater understanding of the world.

I started going off the rails my first year of high school. Nothing major, but I stopped attending classes, started hanging out with an older crowd, drank alcohol on a semi-regular basis. I got called into the principal’s office regularly and caught detention for little things like leaving school grounds, arriving late or not finishing my homework. Instead of punishing me, my parents encouraged me to get involved with drama activities like the school’s Shakespeare Society, in the hope that this would keep me more or less on track. I didn’t stop drinking or partying or skipping class but I stopped doing it as often. Somehow, even though I hated being at school, I still had a desire to do well, to get good grades and to impress my parents.

My father died during my final year of high school and my desire to continue with my after-school activities waned. My grades took a fall. I didn’t get the scholarship grades I was hoping for to attend university. Although university in New Zealand is a fraction of the cost of colleges in the US, it’s not free and we had to borrow money for me to attend. I had no idea what I wanted to study and, in a grief daze, randomly picked French, Spanish, English, and Philosophy. My period of “home-schooling” had come to an end with my father not around and my mother far from emotionally available. I found my interest in studying decrease and myself wholly reliant on the structured system of learning my home life had tempered all these years and I didn’t like the feeling.

The language courses at university were enjoyable, although the lessons were in English and so we were never exposed to total immersion techniques. The literature and philosophy courses I took were fairly basic introductions to topics I’d discussed a lot with my father. It was endlessly upsetting to not have him around anymore to complain to about how simplistic the professors and readings made everything. The list of writers and thinkers we looked at – mostly dead white guys unless the topic (like same sex marriage or indigenous literature) called for someone different – was uninspiring. The restrictions around how we were to lay out essays and arguments seemed unnecessarily confining. In short, the classes were boring, but I struggled through as school was the only constant I could rely on while my home life continued to fall apart.

My final year of university brought big change to the curriculum. Smaller classes meant the students had more say over how the lessons ran. I was able to handpick professors who were exploring theory from outside the canon; names like Hannah Arendt, Albert Camus, and Frantz Fanon came up for the first time. I researched cyberpunk feminist movements, indigenous resistance groups, the pedagogy of the oppressed, and the decriminalization of sex work. I was allowed to use literature, poetry, film, and pop culture in my research papers. Things were looking up, and then my mother passed away.

My desire to continue in the new and exciting academic field I’d found myself was replaced with an overwhelming desire to be anywhere but my hometown. I traveled for five years, doing a variety of odd jobs, mostly teaching English. When I finally came to be completely sick of this lifestyle, I thought about how much I’d enjoyed my fourth year at university and decided to email my favorite professor for advice. He wrote back, recommending I enroll in a Master of Communications. Communications was apparently the field where my interests would combine and I would encounter people with performance, philosophy, writing, and political backgrounds.

The Master’s program at the Royal Melbourne Institute of Technology was two years, full time study and cost around $24,000. I marveled over the range of courses I could choose from. I dug up my old university bibliographies and began re-reading my favorite theorists. Lost in life and looking for a path I could follow I thought the university structure would provide, I began the course with so much hope. I was excited to reenter a world where people wanted to read and discuss complex ideas and expand their imagination to the limits of what is humanly possible. Instead what I found was the rapid acceleration of the corporatisation of the tertiary field. Students were viewed as customers, paying higher and higher fees and expecting greater reward (a higher paying position) for their investment. The university catered to this by fostering not a desire for knowledge but an ability to succeed in the job market. The course which I expected to be an extension of the theory and ideas I had been exposed to in undergrad was instead a kind of business apprenticeship without the guarantee of a paid job afterwards.

Students in the Master’s program were expected to complete a semester long unpaid internship, often one that had little to do with their chosen thesis topic. A friend who was studying museum curation ended up with an internship with the Fringe Theatre Festival and a friend who was in performance studies was placed in bookings at a local music venue. Internships and the culture of unpaid labor they perpetuate is an important topic I won’t get into here, but the idea of paying exorbitant university fees to work for free in an internship instead of taking courses – well, it adds insult to injury. The courses we did have were mostly geared towards imagined employment situations. The professors were mostly from the business, rather than the academic world.

I wasn’t enjoying the course but I didn’t realise how destructive it was until my mental health started failing. The whole time I’d been enrolled I had suffered from insomnia. I was working full time so my courses were all at night. The other students were also working full time, and had little time or interest in reading and discussing theory, ideas or creative concepts. The class projects were dry and easy to complete. I felt I was learning less than in my dismal first year introductory courses. I was depressed, lacking community, and my classmates weren’t interested in forming discussion groups or debating social issues. They were were there to get what the university claimed to be offering, a better job. This, while understandable considering the financial pressure a graduate education puts you under, was not what I was looking for. I wanted book clubs, poetry readings, student theater. I wanted a student union, student sit-ins, protests of fee hikes, but I was in the wrong time and the wrong place.

At some point during my Public Relations Theory course I started to feel trapped. Our examination topic was to take a case of a BP oil spill – a literal PR nightmare – and write a proposal for how the CEO should deal with the media. A combination of insomnia, anxiety and self-loathing came over me, I rushed out of the classroom and spent the two hour-long examination having a panic attack in the bathroom. The next day I contacted the course coordinator to withdraw from the program.

I lost a lot of money, not to mention time and mental exhaustion I’ll never get back, but I still believe it would’ve been worse to have spent even more and completed the program. I’ve dedicated myself to finding alternative forms of education, writing courses, book clubs, the community, the discussions and debates that were missing from my post-grad experience. Sometimes I think about enrolling in a different post-graduate course, but it will be a long time before I can trust an academic institution again. The closest I came was applying to the Pratt MFA last year for which I had to send my university transcripts. I was surprised on their arrival to learn I’d been given an A in Public Relations Theory, it really was that easy.