This Week in #ACAB: St. Louis Police Kill Another Black Teen, While the NYPD Has Been Spying on #BlackLivesMatter Protests

Shattered Dreams Joey LaBeija’s debut album is a glorious mix of merciless, melancholic contemplation and energetic peaks that melt you from within. 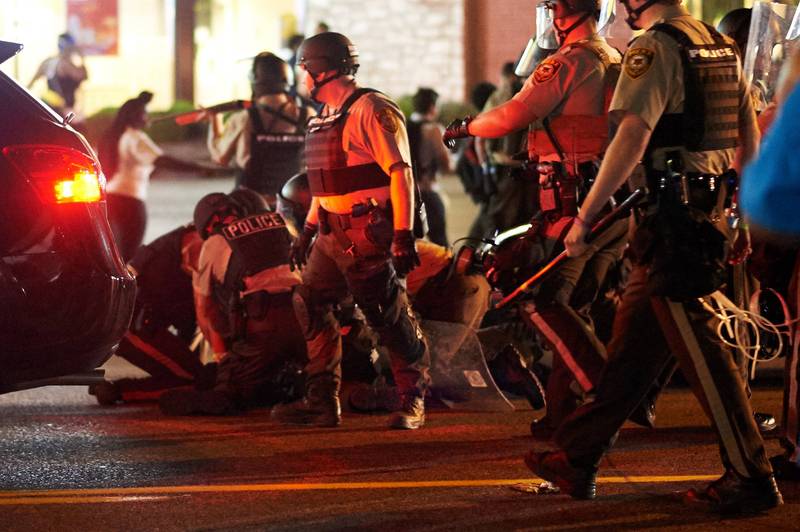 Protests erupted in St. Louis this week in response to the police murder of Mansur Ball-Bey.

St. Louis Police Kill Another Black Teen, While the NYPD Has Been Spying on #BlackLivesMatter Protests

Here’s your weekly reminder that no matter how much they may try to present themselves as public servants willing to Whip and Nae Nae for us, the police are ultimately a paramilitary force!

On August 19, one year after the police murder of Kajieme Powell, St. Louis was once again set ablaze with rage after St. Louis cops murdered 18-year-old Mansur Ball-Bey. The cops were about to serve a search warrant on a home when Ball-Bey allegedly came out and began fleeing from police. The two cops on scene then chased Ball-Bey and claim that they shot him after he pointed a gun at them. An autopsy later revealed that Ball-Bey was shot in the back. Shortly after the shooting, people began to gather at the scene on Walton Avenue and Page Boulevard. Cops claim that people began throwing bottles and bricks at them and so the riot gear-clad officers and armored vehicles were brought out. Police soon fired tear gas at the demonstrators which provoked an angry reaction. Flaming street barricades were soon set up by demonstrators, and abandoned houses, American flags, and cars were also set on fire. By the end of the night, cops made nine arrests.

Building on Fire on 1300 block of Baynard pic.twitter.com/6qbhpYQ22t

And as with any war, along with the use of physical force, the cops also engage in surveillance and espionage. The Intercept’s George Joseph revealed on August 18 that the MTA and the NYPD have been spying on #BlackLivesMatter protests in New York City, even going so far as to keep photos of individual protesters on file. According to documents released to activists under New York’s Freedom of Information Law, undercover officers have monitored and collected information on various #BlackLivesMatter protests, especially the weekly People’s Monday protests in Grand Central. The most recent People’s Monday on August 17, one day before Joseph’s piece was published, also ended with the police violently arresting two black activists, throwing one young woman face first into a car and onto the ground and using a chokehold on a young man. The People’s Monday protesters then gathered in front of the precinct where their comrades were taken and had to call an ambulance to check on their arrested friends. The young man was soon released with bandages on him while the young woman was later transferred to central bookings.

In Ecuador, on August 14, the police and military violently repressed indigenous protesters in Cotopaxi and other cities during a national strike against President Rafael Correa. In Chile this week, police attacked indigenous Mapuche communities from helicopters. Meanwhile in Takobo Mora, Bolivia, police repressed protests and arrested indigenous Guarani people in their own homes. In all three cases, the indigenous communities were simply fighting back against the theft and exploitation of their land and natural resources.

So far in 2015, the USA’s cops have taken more than 735 lives in their war against the people with four of the victims this past week being totally unarmed.