Imagine Something Else Than This 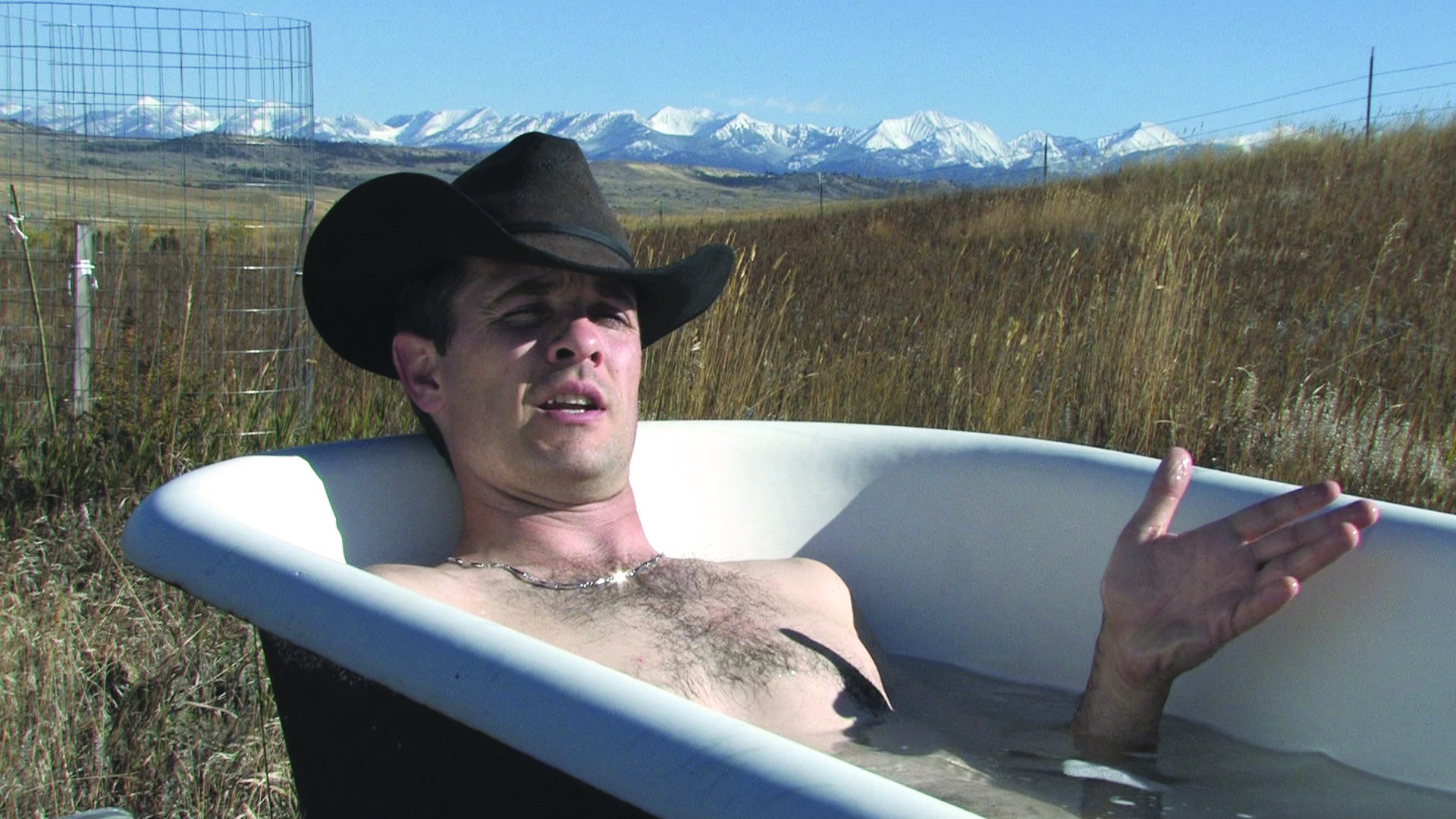 Imagine Something Else Than This

How to escape the horror without leaving? Chris Sand traces his own steps from Montana to Olympia and back.

In the Post-Truth world, truth still might, if we’re lucky, set us free. So might dharma, death, and Donald Glover. The only thing that definitely won’t free us anymore is freedom. Freedom is a bison in the Bronx Zoo sitting on an eagle egg. Nothing good’s gonna hatch here. Not soon, at least. Democracy served us up a doozy last year, and on January 20th we’re gonna smell a rancid dingleberry omelet, from St. Petersburg to St. Paul, whether we like it or not.

The past is destiny. We adapt. We search for elegance and meaning in life like it’s an increasingly complex and stimulating video game. As formerly innocent words like “truth” and “freedom” become their own antonyms, I can’t help but ponder the legacy of that silver-tongued harbinger of The Donald – The Ronald. For those born after the ‘80s, Ronald Reagan was a celebrity President who thrilled angry whites with “welfare queen” putdowns and a racist drug war. He illegally sold weapons to Iran, massively defunded mental health institutions, and “schlonged” the poor again and again. He ramped up the military and, with true Orwellian steeze, named nuclear missiles “Peacekeepers.” It was during Reagan’s second term, just after his landslide reelection in 1984, when reality got really nasty for inner cities and the people in them. Tracy Chapman, in her eponymous 1988 album, sang: “Love is hate / War is peace / No is Yes / And we’re all free.”  Kindness was retrograding in the USA in the ‘80s, and every rebel girl and b-boy knew it. I was young. I was waking up. It was time to break the chrysalis . . . and fly.

In 1989 I graduated from Ronan High School on the Flathead Indian Reservation in western Montana. A century earlier, my Irish and Croatian great-grandparents had homesteaded (OK, colonized) a couple quarters of rocky reservation land there and set up shop as hardscrabble ranchers. In due time I inherited this lifestyle, and it mostly aggravated me. In 1992 I extricated myself from scenic Big Sky Country and cruised, in a green van, 500 miles west to the artistic mecca of Olympia, WA. I was still in the USA, of course, but it didn’t feel like it.

With newfound zest and creativity, I started a DIY record label in Olympia and cranked out cassettes and compact discs for years. Olympia was a paradise for my kind of no-limits music. My stage name was Sandman the Rappin’ Cowboy: folk singer, rapper, farm boy refugee, prankster, and libertine. There was a niche for my weird, political style, and by touring regularly and living simply I squeezed out a career. As soon as I became comfortable in my role as a neo-Woody Guthrie-esque troubadour, however, the two elections of George W. Bush, in 2000 and 2004, sent me reeling.

Seriously, though, the bald-faced TREASON. How could this Midland oilman – who’d so recently punked the government into starting an unnecessary, costly, and illegal war, get – re-elected? Many of my West Coast friends blamed the Republican rural states populated with sexist cattlemen and racist “hillbillies.” I didn’t want to buy the scapegoating. Liberals seemed to be crapping the futon, too. Besides, I was a rural kid with Plains States roots. I knew we were as good as anybody, albeit misinformed on some issues. As the nation became increasingly macabre, I became increasingly morose. D’Angelo songs, Naomi Klein essays, and Jon Stewart jokes helped ease my worries some; but it was Illinois Senator Barack Obama’s inspirational address to the 2004 Democratic National Convention that seemed like the first national miracle of the new century. Here was poetry, personality, and politics all in one person. He’d been against the Iraq war. He defended immigrants. His memoir, Dreams of My Father, built on the wisdom of Booker T. Washington and Frederick Douglass. He had both Kenyan and Kansan roots. Unconsciously, Senator Obama was my de facto moral leader now. Fuck Bush. Fuck Cheney. I wanted salvation.

Sure I was naive, but the rhetorical vibration Barack was peddling in his 2004 speech truly did give me hope for my country. I plotted my getaway from the bohemian, self-absorbed petri dish of West Coast Washington. (No offense, Olympia – I was buggin’.) Six months later I would become a bona fide undercover red-state sociologist and live amongst actual Bohemian-American immigrants who tilled the soil, Norwegian-American ranchers who still ate lutefisk, and Indigenous Americans who cradled the dreams of their children like the prairie does with wild crocus bulbs in early spring.

In the first years of the new millennium, North Dakota was the least visited state in the Union. I moved there, in 2005, for two reasons. One, to discern why rural folks were voting against their proverbial own-best-interests. And, two, to be near my parents (who had recently relocated there from Montana) and grandparents (who were approaching their 90s). For pay, I curated a small historical museum stocked with old saddles, tractors, and arrowheads. At night, I would blog and write songs.

Before the Bakken oil boom hit in 2007, young people were fleeing the North Dakota prairie in search of jobs in bigger cities like Denver and Minneapolis. Housing was remarkably cheap back then, and in the summer of 2006 I bought a 574-square-foot cottage for only $1000. It was a fixer-upper, no doubt, but a shelter that I could move into immediately, and I did. The years between 2007 and 2011 – during the heart of the oil boom – flew by like hell-bent Bakken tanker trucks. With my dad’s help I overhauled my house, inside and out. I quit the museum job. I acquired my Commercial Driver’s License and drove my buddy’s Kenworth tractor-trailer across the northern states (and Canada’s southern provinces) hauling live tilapia and buffalo carp for several years. I had the fantastically awkward privilege of becoming the subject of the feature-length, award-winning documentary ROLL OUT, COWBOY. I even found time to wed and conceive a daughter with a lovely Florida gal.

Unfortunately, North Dakota and its shady oil patch culture soon lost its allure for my bride. In late 2011, we decided to pull up stakes and migrate west to Missoula, Montana. In 2012, our daughter was born. In 2015, Ms. Florida and I divorced.

So here I am, back in western Montana, 50 miles south of where I grew up, learning how to parent both my real and inner child. For affordable therapy I regularly trade listening time with friends. Meditation, exercise, and eating healthily are priorities. My daughter’s preschool fee, combined with the monthly house rent, is kept under $700.

Nevertheless, we live paycheck-to-paycheck. In North Dakota, earning $25,000 a year driving truck part-time was easy. Now, as theater custodian, it’s a challenge to clear $15,000. My career as a musician has floundered, too. Regular touring once wrangled $8,000 a year in merch sales. Now, without the ability to sing for enthusiastic audiences in Oklahoma City and Albuquerque, my souvenirs collect dust. Digital download sales from Spotify and Amazon – seemingly no matter how many hundreds of times the songs are played – rarely net me more than $2 a month.

Early last September my dad and I delivered a load of firewood, water, and two bottles of chokecherry syrup to the Sacred Stone Camp on the Standing Rock Reservation. His friends, Miles and Ladonna Brave Bull Allard, lived there and ran the outfit. After unloading the wood, Dad and I assembled our canvas tent and joined the kitchen activities. Around the campfire that night, hopeful stories were told and tears were shed. The gifts of weeping, laughing, and healing were everywhere, it seemed. A transformation was happening along Lake Oahe and it was extraordinary to witness. Hard ice was melting in old veins, and clarity was rising like fragrant sweet grass smoke in the starry summer sky. Native folks were saying no to genocide and internalized racism and yes to unity and dignity. Water was life, clearly. Oceti Sakowin youth – freed from the isolating elements of school and screens – were playing together as a giant tribe for the first time in over a century. Canoers from the great western coastal tribes paddled the Missouri to ask permission to come ashore onto Sioux lands to join the Gathering of the Tribes Camp. Maori people from the other side of the globe were expressing solidarity in haka videos. Native Peruvians had flown in to join the resistance on the Standing Rock front lines.

Perhaps in the absence of freedom, freedom can sometimes finally bloom. When no one’s left to save us, we have to save ourselves. Bison leap fences, or break them down. Eaglets, in the right environment, hatch. And sometimes just to stand in the face of oppression, together, united, it becomes possible to transcend time and place altogether. When Thelma & Louise’s screenwriter, Callie Khouri, soars her heroines off the edge of the Grand Canyon, it’s not a fatalistic act of suicide. She’s giving her protagonists permission to live buoyantly and passionately, on their own terms, lifespan be damned.

Hillary Rodham Clinton won’t be inaugurated President on January 20th, 2017. Donald J. Trump will be. And though he seemingly disqualified himself, time and again, from being hired as even a Pentagon page, he’s still the winner. A lurking, smirking Elf on the Shelf POTUS.

On January 21st, the Women’s March on Washington will convene on the corner of Independence Avenue and Third Street SW at 10AM. I hope the day will be as raw, luminous, and dangerous as an Audre Lorde speech or an Adrienne Rich poem. In my psychedelic dream, a kaleidoscope of monarch butterflies will descend rabidly upon the gruesome, decapitated skull of the US Capitol, its teeth like Roman pillars, and quickly, ay, hangrily, pick the bloody mess clean. Done. And done. White bones and wisps of dyed hair, the color of marigold nectar, will remain, gently blowing in the breeze. 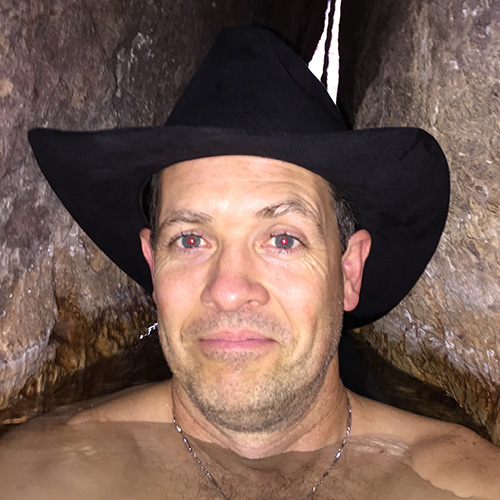 Chris Sand has released over a dozen CDs over the last twenty years and has toured the USA multiple times. He currently lives in Missoula, MT, where he raises a 5-year-old daughter and almost earns a living as a janitor at The Roxy Theater.