May Day 2014 Timeline from protests against capitalism around the world. Posted from bed between spoons from a pint of Chubby Hubby. 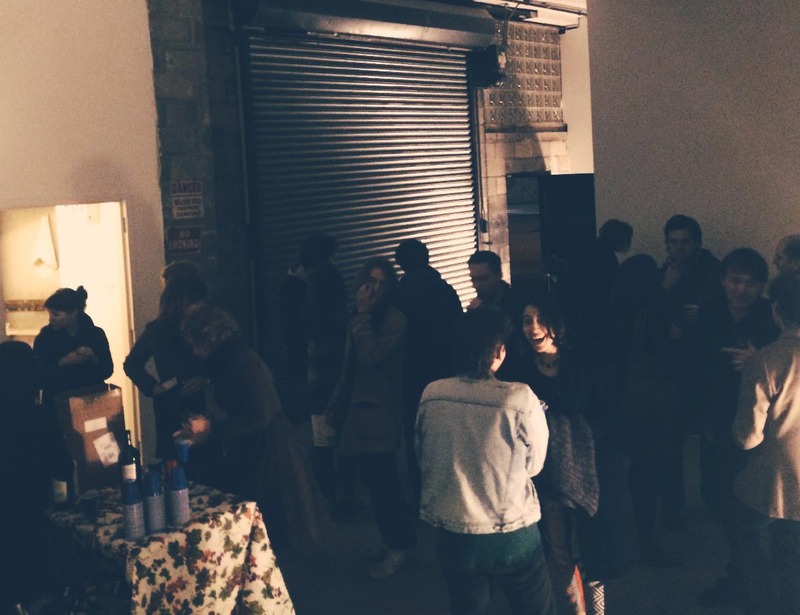 A Manner of Speaking

In the 17th century, King Louis XIV of France would throw the most elaborate dinner parties. He had an enormous palace with beautiful gardens filled with all kinds of flowers. When one day he noticed that his guests were destroying his gardens — they'd tramp through the grass and walk over the flowers. And so he had signs posted along the walk: “Don't walk on the grass.” “Walk on the pathways.” “Watch out for my flowers.” These little posted placards were known as étiquettes.

I caught my first glimpse of the art of etiquette when my grandmother gave my sister an etiquette manual on her 13th birthday. Chapter by chapter, this book stipulated the rules and regulations of dinner parties, weddings, dress, conversation, confirmations, baptisms, and anything else you can imagine desperately wanting to stay away from. Our grandmother promised that this book would help my sister avoid making a fool of herself at the various initiation rituals she was about to be subjected to. When I turned thirteen, I got my own copy of the book.

Today, few social formations seem as trite as "etiquette". Formerly a bottleneck to the upper socialite, arbitrary rules and mannerisms are like relics from a dying era. “Who cares whether the silverware matches? Or who should be introduced to whom?” we might say, scooping leftover pasta from an old yogurt container directly into our mouths.

But, etiquette isn't all high-pinkies and holding the door. It's also hospitality, good manners, being polite, or whatever. Etiquette is customary, arbitrary, collective — and yet, somehow its forces instruct and govern us. Most of us would do anything not to seem like an ass. Or a douche. Or a diva. Or a ... you get the idea.

The interesting thing to me is that the rules themselves change – sometimes drastically, over time – yet the operation stays the same. These cultural mannerisms are granulating us, like some massive social amoeba tapping us through a sifter full of flour.

So you might be in the airport watching some yuppie do yoga in parachute pants, thinking “ugh, do you have to do that here?!” That's etiquette at work. You might be on the bus, listening to that chip-chip sound of a nail clippers, caught up in the cold-sweats. Or someone you care about looks down to text while you're in the middle of talking to them. Or maybe you're the one catching glares while you light a cigarette at a basement show, or notice a stain on your shirt halfway through your work day, or fart while you're talking to a stranger. lol.

These tensions clarify what Foucault calls the "conduct of conduct", or, a neoliberal form of governance that creates social conditions which shape us into individual, self-interested automatons. The constant, often neurotic, weighing of cost-benefit and risks. I think it's true too — when you're embarrassed, it's kinda tough to bother about being ethical or whatever.

Excuse me, but could you do that someplace else?

We were talking about this stuff at the office. About how rapidly the old strict modalities of “middle America” seem to be dissolving and losing ground. Not only do the “old ways” – like, powerful white people cocktail parties, or, say, the prestige of being a politician or policeman – seem long gone, but it seems like we're not too far away from the era where being an entitled, privileged person in public will itself be outright embarrassing. Eh, times change I guess. What strikes us, though, is how quickly new customs and social codes seem to become both popular and segregated.

While the people who've traditionally been at the top take seminars on “cultural literacy”, those of us further down suddenly find ourselves wrestling with new forms of social capital.

Your social competence is exchangeable just like money. If you're everyone's favorite, you can lubricate transactions. If you're just not getting it, you could ruin the party for everyone. And so, it is on that note, that we turn to this month's theme: Etiquette.

Is there anything that doesn't fly?

If you rock bad manners, are you admitting defeat in the face of an overbearing regime of power, or are you struggling hopelessly for an ideal that will never arrive? Sure, there is no ‘right’ way to conduct yourself, but surely some things must tend to make life a bit easier?

To decide to be alive is to enlist a way of life. "A man's gotta have a code."

There are 5,000,000 kings, each with signs. We live in a time of "everything goes", where you can get race-trolled on your phone, then a moment later lifted onto a pedestal for your 'inspiring bravery'. The street harassers bombard us, parents coddle us, teachers patronize us, friends shrug when we want them to care, care when we want them to shrug — there is no single hierarchy. There probably never was.

So this month, we're exploring how our behavior affects others, when to use behavior offensively and defensively, what we mean when we say hospitable, or solid, or down.

This is The Etiquette Issue, wherein we move back in with our parents, know when giving a “trigger warning” will just make everyone roll their fucking eyes, get seriously trolled, find out we probably have a crush, keep our clothes clean for work, talk to strangers about the weird music we like, stay safe during a riot, and finally get around to getting a Twitter.