BBYMUTHA Brittnee Moore talks about having kids young, negotiating with exes, holding down the home, and her breakout rap career.

this week in acab: cops are liers, get used to it. 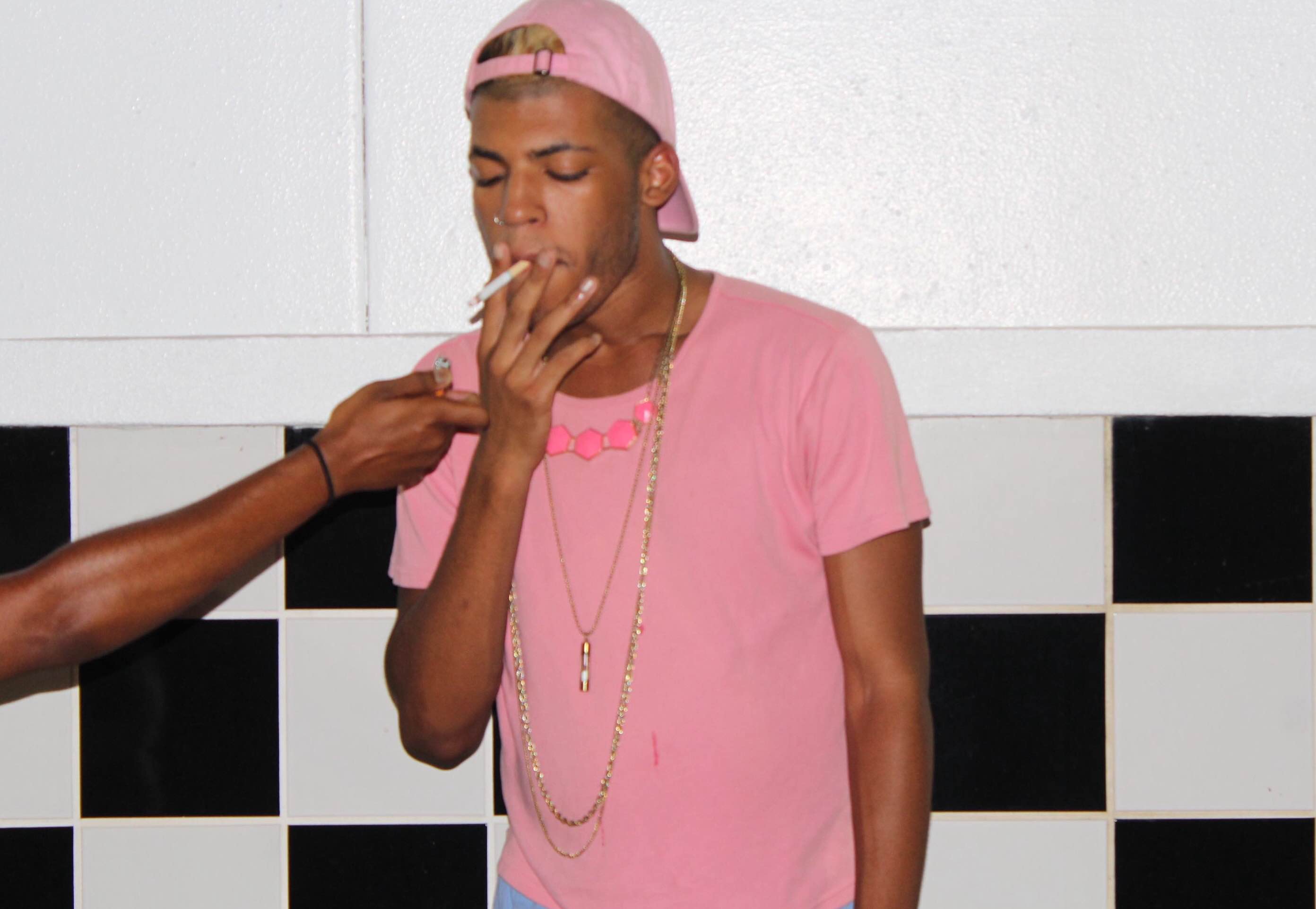 Born and raised in New Orleans, Louisiana, artist and poet Xena Ellison turned 21 this week. Having dropped out of school in northern Texas, Xena recently moved back to New Orleans leaving behind a minimum wage job and an “isolating, white and hetero-dominating environment”. Exploring their witchy, child-like, southern gothic style through multiple mediums including self-portraits, sculpture, and written word, Xena’s work is eerie and cool but unnerving. Just one glance at the likes of Xena’s Twitter feed of unbelievably catchy and frantic plays-on-words, and fire confessionals, will show you just what we mean.

Unlike other artists and writers heavily saturated in their aesthetic interests, Xena isn’t show-offy, but sort of always looks flirtatious and also a little bit in mourning. Xena seems to draw strength from playing, praying, poking fun, playing it up, and making jovial and depressive references that fuck with the borders of gender, sexuality, and race.

We were lucky enough to have Xena Ellison talk to us about style icons, generational struggles, and summer flings. 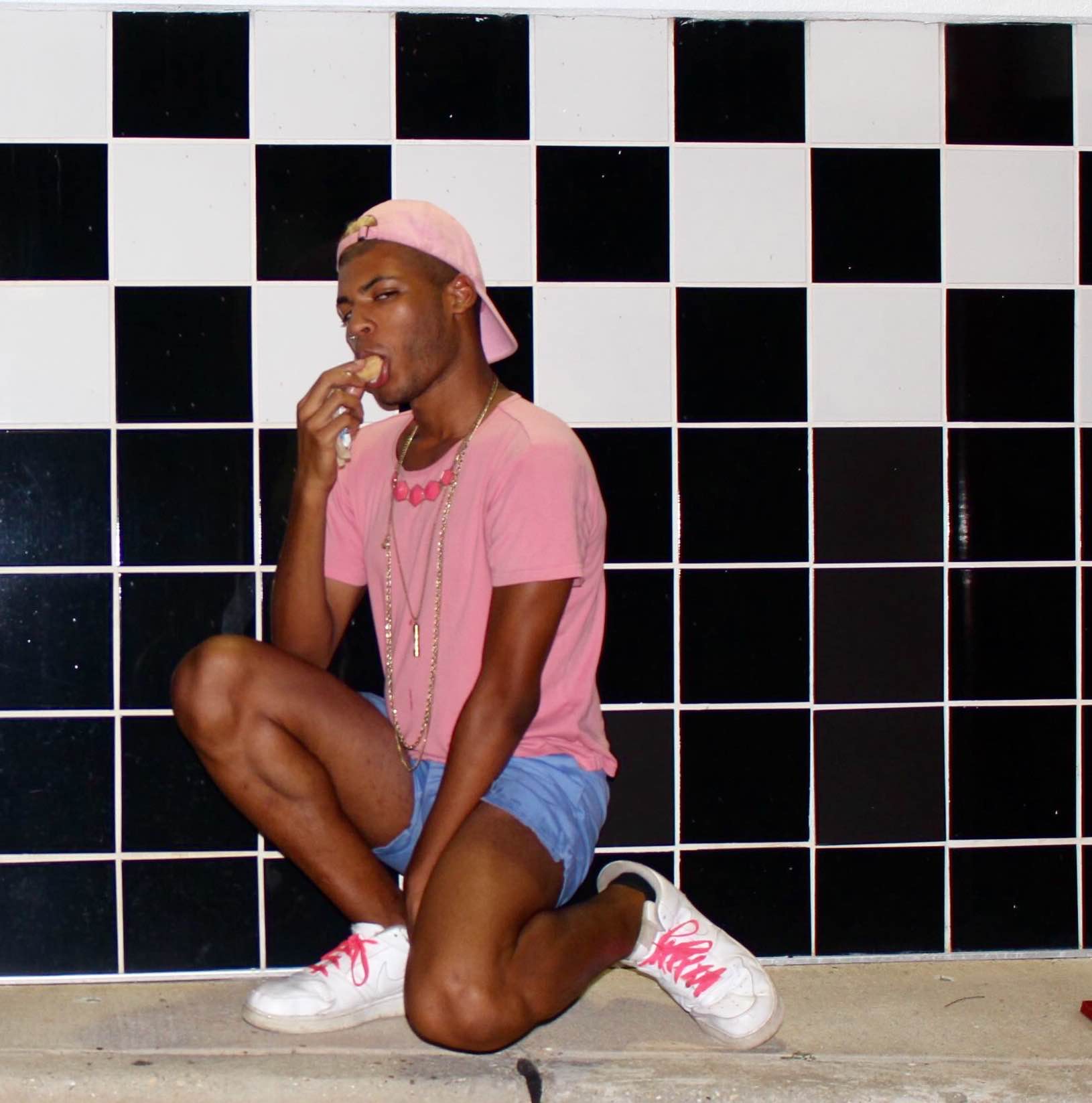 You wear so many hats! What are some projects you are working on right now?

Right now, I’m trying to do a lot at once. I wanna harness my restless manic energy into tangible art form and presence. Art and magic represent the same thing to me. I’m learning to DJ, making visual art, digital photography, writing poetry, and playing around with sculptural installations made from craft and interior design supplies. I want to eventually combine it all in an anti-performance poetry piece with strong technopagan, post-fundamentalist Christian, and femme imagery. I want there to be a lot of pyramids and trinities. I’m interested in exploring mystical art that doesn’t require the body to get the message across in a familiar way.

I’ve always been a writer and visual artist to a certain degree but I didn’t really take art seriously until I started learning about multimedia and interdisciplinary artists. My friend Alli Logout and I also started BLAQ FAG ART SUNDAY, a weekly hangout slash ritual to stay plugged into art projects to endure our last days in Denton, Texas this year and that’s driven me to make work since then.

What are some of your main aesthetic influences?

All things princess-ing. First and foremost, I am a pastel and floral supremacist. Pastel colors and floral (in nature, print, wherever) are important to my gender nonconformity, magic, and psychic healing. I’m inspired by grandmas, specifically black, boughetto church grandmas. Sexy librarians. Embodying “Ms. Frizzlecore” like in The Magic School Bus. Preschool realness. Gold medal at the Olympic looks. A little Mortal Kombat. I truly believe that serving different looks is reaching different roots within your self-being: pure moods, colors, characters. I wanna be Rochelle from The Craft, in a different world from the future. I think all of that informs my art as well as my personal aesthetic. 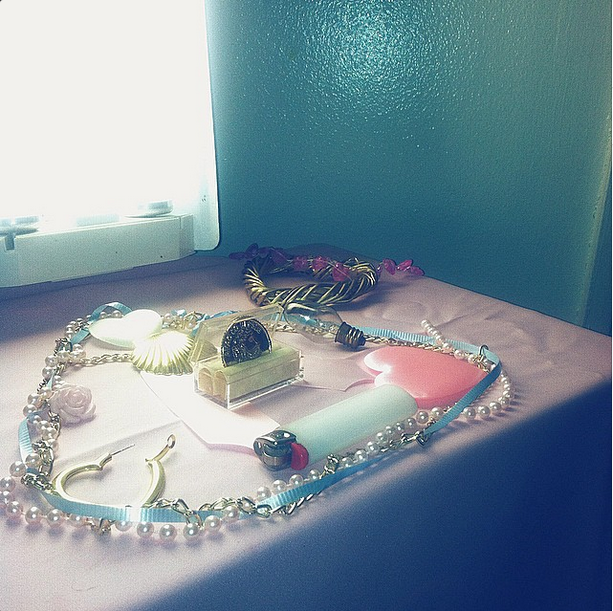 What are your hopes for the future, for yourself and the world?

Hopefully, a revolutionary political project is starting that gets into the some of the philosophies of like the Black Panthers and the Combahee River Collective. It would be led by black and brown trans, femme, and gender noncomforming people around the world. As people celebrate gay marriage being passed, there is a race war on the come up. Personally, I hope I’m a seasoned witch, poet and princess with a nice circle of supportive friends and artists. Maybe a cute art bae. Ideally, making a lot of art with different folks.

Who is your absolute fashion icon?

My absolute fashion icons right now are Juliana Huxtable, and Solange’s wedding that inspired me to get into “blaq angelienhood”. I am also super inspired by are futurist looks from many 90s R&B goddesses.

You just turned 21! Happy belated birthday! As a young adult, what do you think is on point about young people right now?

I feel like some of our generation is starting to get the real matter of political and social reality and then some of us are lost in like post-racial and post-gay rights clouds. I want to believe we have possibility for change but I think there’s more than we know happening behind the curtain in the way U.S. politics are spreading. I think the KKK is plotting and I’m at a point where I’m considering the value of some conspiracy theory. I don’t have a lot of faith in the Left basically. I also think the idea of a heterogenous generation doesn’t exist.

Most of your work, the altar-like sculptures in particular, is extremely dreamy. What is your ultimate dreamscape?

A place where people are not defined by their labor value in relation to white supremacy or capitalism or their assigned gender. A place between dreaming and awake, like an astral plane filled with magical Lisa Frank everything and black and brown people everywhere in all different points on the spectrum. The sky would be sherbet, it would always be 70 degrees, and all the places would look like Candy Land. There would be a lot of community, trust, sharing, trading, space-holding. It wouldn’t be perfect but people would show up for each other and people who struggle the most would be helped out more. 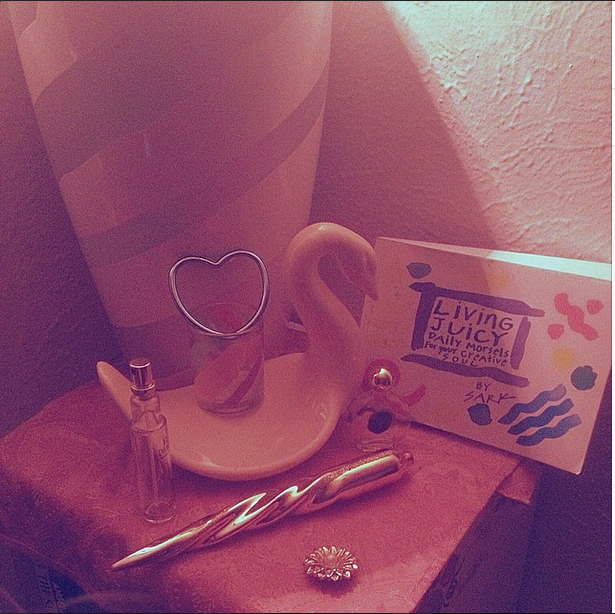 What has been your most memorable fling ever?

My favorite fling moment to date is this cute guy who I was always on the same page with about boundaries and limits but we were never serious. He always brought the weed in the witching hours and left before work at like 6 am. It was always light, cute, and flirty before it ended or before anyone got feelings.