Heart of the Lion

To Be Young, Disaffected, and Black This is the Dropout Issue, where we tap our pencils, anxious for the bell to ring. 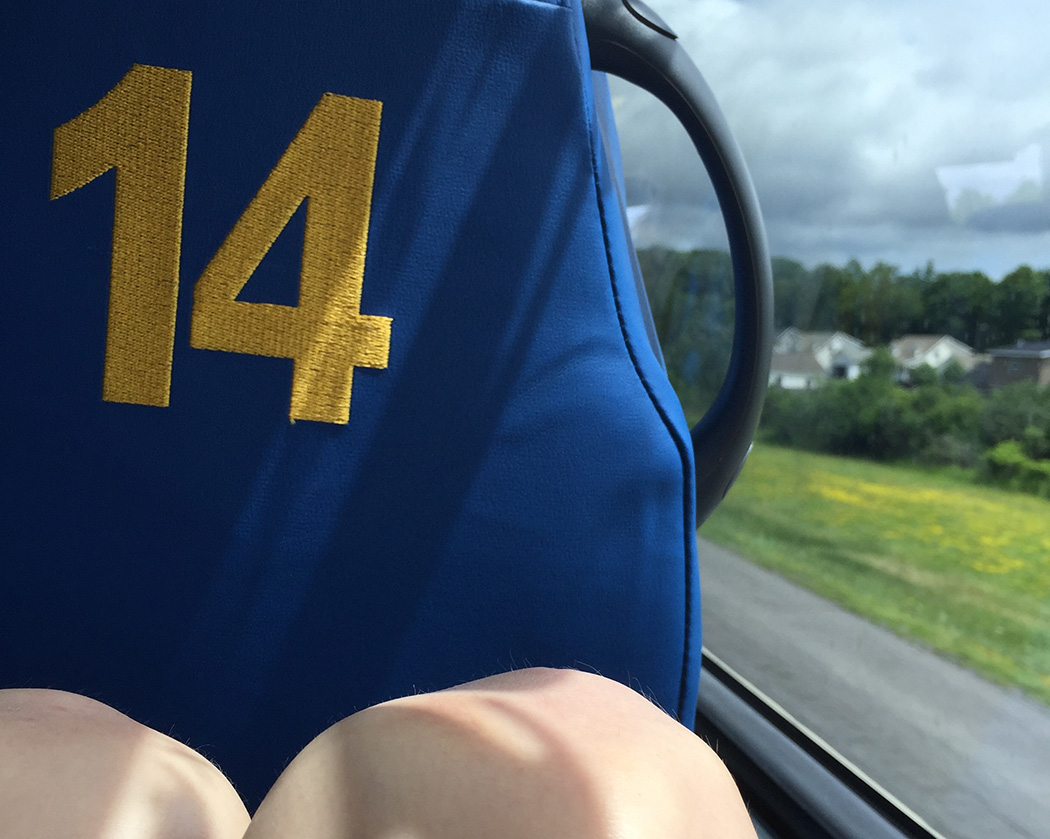 Heart of the Lion

We met outside the revolutionary theory reading group. In the old building on Telegraph, where the Public School used to be. I had helped lead the discussion that day with Jill, on Luxemburg’s The Mass Strike. She and I had cooked green beans in her apartment earlier while her huge dog bounded around. Marie brought tiny cupcakes to the reading group. You didn’t come to get drinks with everyone after, so I only saw you at the door, smoking and wearing a jacket. I introduced myself and said that we had talked online and that I was moving to Richmond to go to college, since I knew that you were from there. You said something too cool, like Oh, and went back to looking at your phone. Later in life, I asked you about that moment, and you said you were just nervous because I intimidated you, but I think that was just to flatter me.

You messaged me after I had moved to Richmond and said that you were coming back to visit your parents in a few months. I forget the context, but I told you about how I thought my professor was possibly trying to sleep with me. I think I said it because I wanted you to know that people your age wanted to date me. You said you were disgusted with him. I showed you pictures of banners that I was making against the tuition hikes and then I invited you to my Federici reading group. You asked if you could bring your sister. I really looked forward to you getting here, I counted down the weeks but told myself not to. Things were not working with the people I was sleeping with, it felt like they liked me too much and I wasn’t ready for it. When you told me about your recent breakup, you said that what you wanted more than anything was to fall in love. I said I never wanted to fall in love again.

I had written this poem that week:

“just one foam eye rolling to another”

a product is a foaming thing but abstraction coagulates it into styrofoam
even reading that word makes me think of rabbits, blood, germs,
a certain balancing of humors, and a German wood carving
ooh, i know we just met on Tinder and that you answer to a name like

that you are a houndsman and you talk into your magazine clip like a phone
hello, Hello, bang
but everyone on here looks like they just finished hunting
i roll on your Realtree bed and you can barely see me

this, my one survival skill
i am the deer to your dead dog and my pallet is explicitly gray
something about me is frozen and looming
in the dark my eyes shine like a glaucomad labrador’s

When you got here, we got drinks at a bar. I took two Xanax and met you outside my apartment. We walked to the place on Lombardy with the really bad comedy. You talked a lot, and I couldn’t decide at first if I should be annoyed with your confidence. You were so casual about all of your travels across Asia and Europe and I was freaked out because that sounded so bourgeois. I let you start paying for drinks. You walked me home and I sat on my couch and watched a movie with my roommate, James. I had contemplated sending you a risqué text, inviting you over, but James stopped me. I woke up with it still on my phone screen. James had stayed up all night. He periodically checked to make sure that I was still breathing.

The next day was my birthday. I turned 22. I woke up and deleted that provocative text and instead sent you one saying how cute I thought you were and how I had a great time with you last night. You replied something like, We should hang out soon. I told you, Today. You said No, you had writing to do. I said that it didn’t matter, it was 75 degrees out and November and sunny, that you should come read with me in the cemetery on my birthday. You picked me up in your mom’s car and we drove over to Oregon Hill and parked outside the townhouse with the rock climbing wall out back. We walked through the iron gates and then directionlessly around the hilly cemetery. We sat on the roof of a mausoleum. I read off of my laptop while you tapped away on yours. We would stop and you would talk about your family or your research. I was excited to hear that you were teaching a class on surplus populations, it was something I had been reading about on my own all semester long. Later, I would tell James, He studies surplus populations, and we were both impressed.

I reached out for less than a second and tapped your tattoo. It was the Virginia state seal, the same tattoo that I wanted except that I would have had the Greek babe crushing a cop and not a king. A man drove by on a tractor, some spooky undertaker type, and he yelled at us to get down before the tomb’s roof crumbled. We got up and kept walking and paused to take a selfie in front of a grave with a dollar sign on it. I captioned it on Instagram, Death to Capitalism. I sat in another grave that looked like a bathtub. You drove me back to school and when you pulled over I was scared that we were going to kiss and so I ran out of your car. That night, I flipped through A Lover’s Discourse by Roland Barthes, trying to piece together my subject-identity in our narrative. I was acting like a lover.

It must have been a few days later when we hung out again. We had started flirting in text messages more, and I told you about how I had problems with being touched but that I wanted to try cuddling with you. You picked out a movie, Holy Rollers, and you came over. We sat side by side for about an hour until I lay down and put my feet over you. You were finally like Ok and scooted me over to spoon me. Your hands rested on my rib cage and your thumb would twitch on my back. As the movie was closing in on credits, with the limousines talking in the parking lot, I was nervous and confused as to why you hadn’t kissed me yet. I turned over and kissed you and you didn’t kiss with your tongue. We kissed more and I got on top of you. You ran your hands over my tights. You took off your glasses and I froze. You asked What, and I told you that I had never seen you without them on before. You apologized. I asked if I could give you head. You said Ok. I did it until you weren’t hard and then you flipped over and started eating me out. We were on the leather couch in my living room. Neither of my roommates were home but the windows were wide open. I faked an orgasm, which is funny, considering that you couldn’t come either. I think I just wanted to make sure that you knew that I liked you.

I left to go to New York City to give my first poetry reading there at Thom Donovan’s series in Williamsburg, “The Multifarious Array.” I got off the bus in Penn Station and I was underground on the Subway when I realized that I had left my laptop back on the bus. My phone was dying and I called you with the last bit of my battery when I surfaced again in Crown Heights. You told me to quickly send you a picture of my ticket and I did right as my phone died. I got to my friend’s house and charged my phone and found a message from you saying that you had tracked down my laptop. I took the Subway back to Penn Station, slipped a $20 to the driver, and cradled my computer like a newborn on the cab ride to my reading in Brooklyn. I bought you Lunch Poems by Frank O’Hara as a reward, and you surprised me with a copy of Anselm Hollo’s Red Cats when I got back the Sunday after Thanksgiving. That bus ride took twelve hours. You met me at midnight at my apartment and we finally had sex on my bed.

Two months later, you dumped me. You weren’t ready for another relationship and that is okay. I mailed you Coeur de Lion by Ariana Reines because I didn’t know what to say.

Many months later, we were both in the same city again for the Historical Materialism conference. I took the bus up from Richmond and 8 hours in I realized that I wasn’t ready to see you. But I bullied you into getting coffee with me. You bought me lunch and we talked just to catch up. We got coffee and walked to Washington Square Park.

The park was filled with wiener dogs. What’s happening? I asked you. A woman sitting on a park bench wearing a red scarf responded enthusiastically, It’s the dachshund parade. I pulled your hand and took you into the thick of it. Let’s just sit here, I said. We talked for a long time about what had happened between us and we both started crying. People and animals streamed around us. Costumed dogs kept pulling at their owner’s leashes so they could kiss our faces. We finally started kissing and the crowd around us dissipated. We’d made up but were by no means together again, if we ever were together to begin with. We kept sitting entwined in the middle of the path below the fascist arch and I was smiling. Then a woman with a news crew approached us with a microphone. She said she was doing a story on Love. Who do you love? she asked with a wink. She reached the microphone out to me. 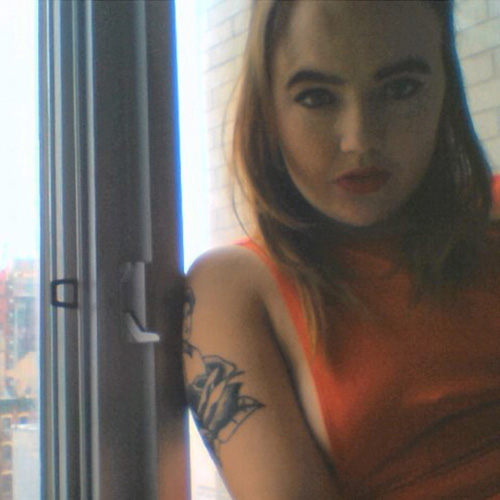 Sarah Rupp is a communist and a poet who currently lives in Richmond, Virginia.