The Disappearance of the Olsen Twins

Dancing in the Streets Be like BXHXLD, turn that rejection into fire under your shoes. 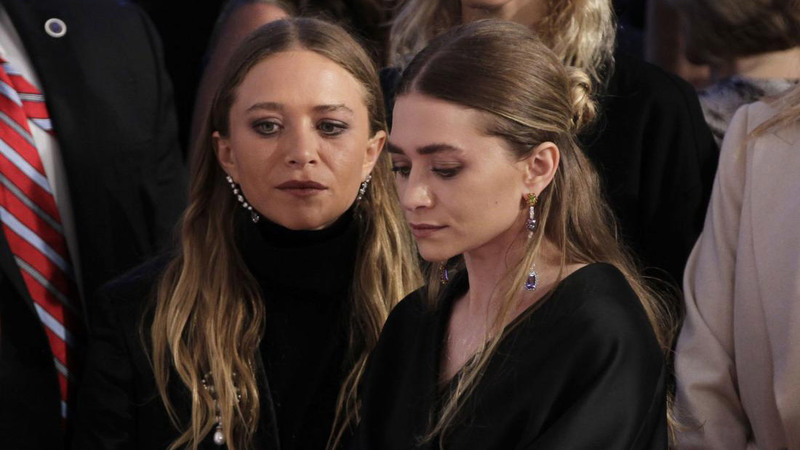 When Mary-Kate and Ashley Olsen received the CFDA award for Womenswear Designer of the Year in 2015, they approached the mic unprepared for the win, looking uneasy and shy. Each exchanged long bouts of eye contact with the other after almost every word uttered in thanks, so much so that they spent more of the acceptance speech facing each other than their audience. The twins’ mannerisms – nervous eyes and hands fiddling through an awkward air – revealed more than the few words they said. The 60-second speech was a reminder that in the decade since their public lives as actresses came to a close, while the Olsen twins began to slowly transform into reputable fashion designers, they remained unknowable, like hermits, and somewhat ethereal.

The lives of Mary-Kate and Ashley have been a mystery since their fashion career began in 2005, though, pre-designer days, their identities weren’t much clearer. The blonde duo were near textbook American Dream children: sweet, Shirley-Temple-drinking girls with family-friendly wit and a set of  TV smiles, personas which earned them 40 movie titles and their own production company, Dualstar Entertainment Group. But while they appeared in the public eye regularly until their 18th birthday in 2004, Mary-Kate and Ashley weren’t individuals as much as they were a brand. “Until we were 18, it was about branding us,” Ashley has said of her childhood. They were a product of Hollywood, where they were rarely interviewed about their personal lives and more often displayed as flat characters in the reality outside their careers. At as young as age six, both started sitting in on business meetings and played a role in developing their saleable image, something Ashley later revealed had impacted her self-perception as a child, saying, “I always looked at myself, even as a kid, as a businesswoman.”

The reputation of a celebrity-turned-designer or product-pusher often leaves actors this tacky middle space, where earning your keep means choosing one of the two careers and being prepared to be treated as money-hungry or untalented in the side industry of your choice. Still, the Olsens did well. In their case, there was an oddity to their transformation from actresses to fashion designers and, ultimately, two of the wealthiest women in American business, wherein their lives had always been businesses, more so than the typical celebrity career-jumper. Before they became adults, Mary-Kate and Ashley produced Mary-Kate and Ashley branded dolls, cosmetics, CDs, videos, a magazine, video games, toothpaste. When it came to being serious fashion designers, they weren’t entirely amateur.

But the Olsen twins also made their professional distinction clear: their public appearances became sparse; they would no longer act (although Mary-Kate, the twin labeled “the creative one” went on to act for a few years longer than Ashley, “the business-minded one”); the interviews they did were rare and when they did speak with the media, they only spoke of the clothes. In the beginning of The Row’s development, both noted not even wanting to give the label a proper name. It seemed like, after working for their entire lives in branding and publicity, Mary-Kate and Ashley just wanted to disappear.

In the mid-oughts, flush with a serious bank account and new career, Mary-Kate began draping herself in oversized layers of clothes and Ashley was often seen in big, bug-eyed sunglasses, as if to pronounce their small stature. “Skinny girls with blank expressions and seemingly little inclination to speak have fascinated American culture for so long….The mid-19th century witnessed the emergence of the aptly named fasting girls, women in their teens and early 20s whose silence and diminutive size stirred the interest of a public that believed they were spiritually extraordinary.,” wrote The New York Times in 2008. This is an apt description of the Olsens’ replacement persona, “Mary-Kate and Ashley Olsen, fashion designers.” Having stripped themselves of what the world had known them as previously – it was around this time, too, that they asked to not be referred to as ‘the Olsen twins’ – Mary-Kate and Ashley slowly transcended their celebrity image and became anew.

Their transition, however necessary for their personal growth, was felt, and it was strange. They spoke of becoming increasingly fearful of cameras, became absent, and have since been described in public as “mysterious wraiths teetering on high heels, seldom removing their sunglasses or speaking to anyone outside a clique of old friends” and simply as looking “homeless chic.” It is as if, in order to find new ground and viable daily lives, they had to become entirely unreachable to the world; in order to live, they had to commit a kind of symbolic suicide and cease to be the loveable set we relied on for a smile.

Back when they did interviews, Mary-Kate and Ashley were asked if they were frightened to leave acting to pursue other goals, a question not uncommon to celebrities in flux. Mary-Kate responded in the most honest ways she has in an interview: “There was a fear….but also, an exhale.”