Stranded Sometimes you drive across the country to meet up with a lover only to learn that their feelings have changed. 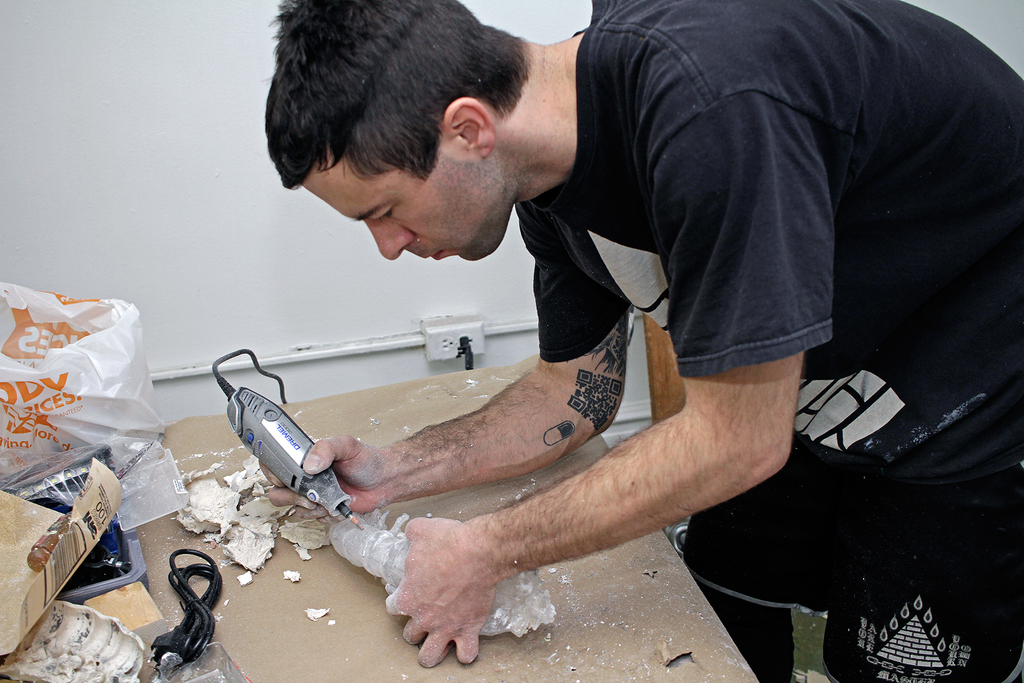 Photos of Moore: Luis Nieto Dickens, photos of installation courtesy of the artist.

Here for the abduction, ready to be probed

Barcodes, metallic skeletons, cyborg babes a la The AniMatrix, an eerie sense of that the walls are closing in on you. These fragments make up the infrastructure of artist James Moore’s latest installation for the Spring / Break Art Show. Originally hailing from somewhere between Atlanta and the Northern Georgia Mountains, Moore lives in Manhattan’s Chinatown and is currently in the midst of an artist residency with the Artha Project in Long Island City.

With this installation, James constructs what might be a ground zero of a government facility, housing alien autopsy labs, one that conducts technology transfers and exchanges, and, as he says, “create imagination in citizens by the conspiracies surrounding them. ” Conspiracy and otherwise “wingnut” positions are something that fascinates Moore, and it is there were his work finds a kind of sympathetic comradery with political antagonism. 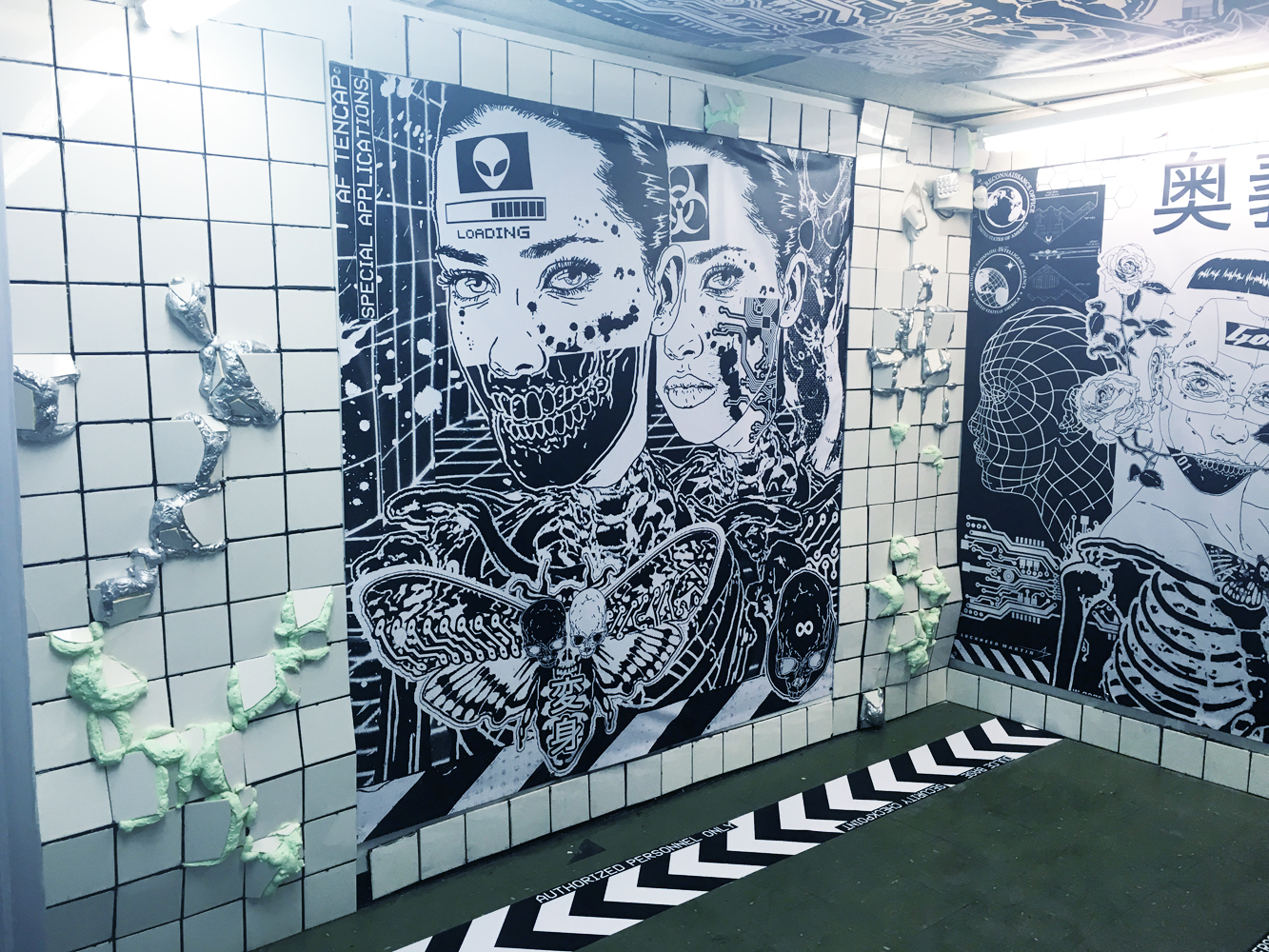 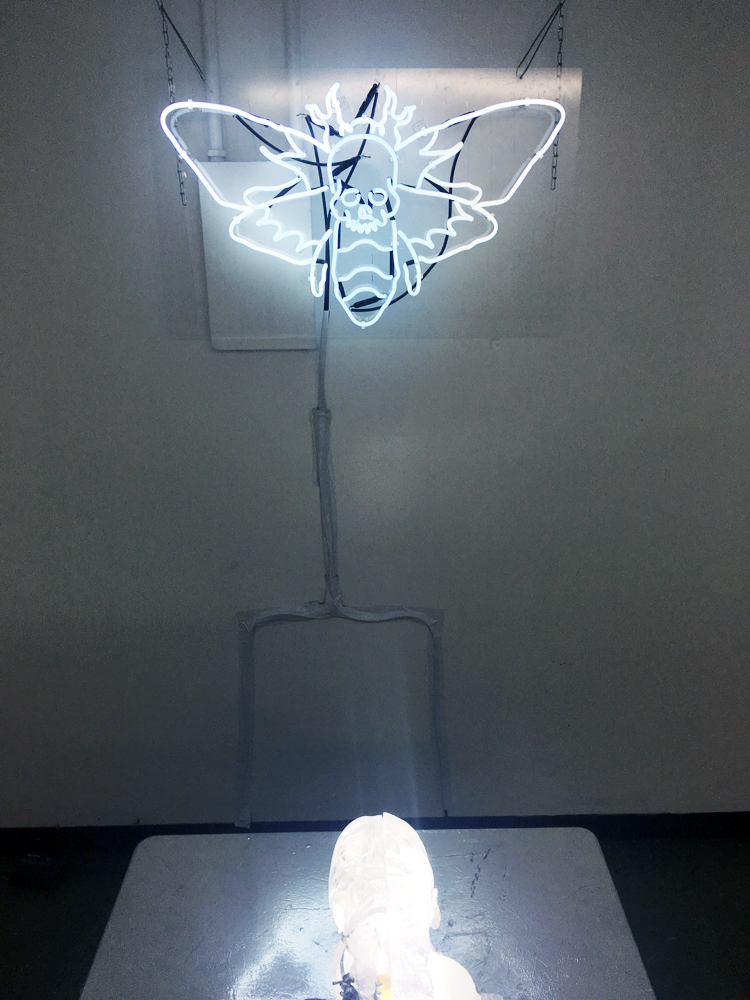 We spoke with James about his particular brand of propaganda as it exists within his installations, and what it’s like to make it as an artist today.

What brought you to installation as a medium for your work? I think installation is one of the most powerful ways to combine all art forms into one, especially in a world where art can increasingly be satisfiable for people do only digest on formats like Instagram, with installation if done a certain way can only be experienced in person to get the effect, which I’m attracted to, the need for the viewer’s visceral, environmental experience. 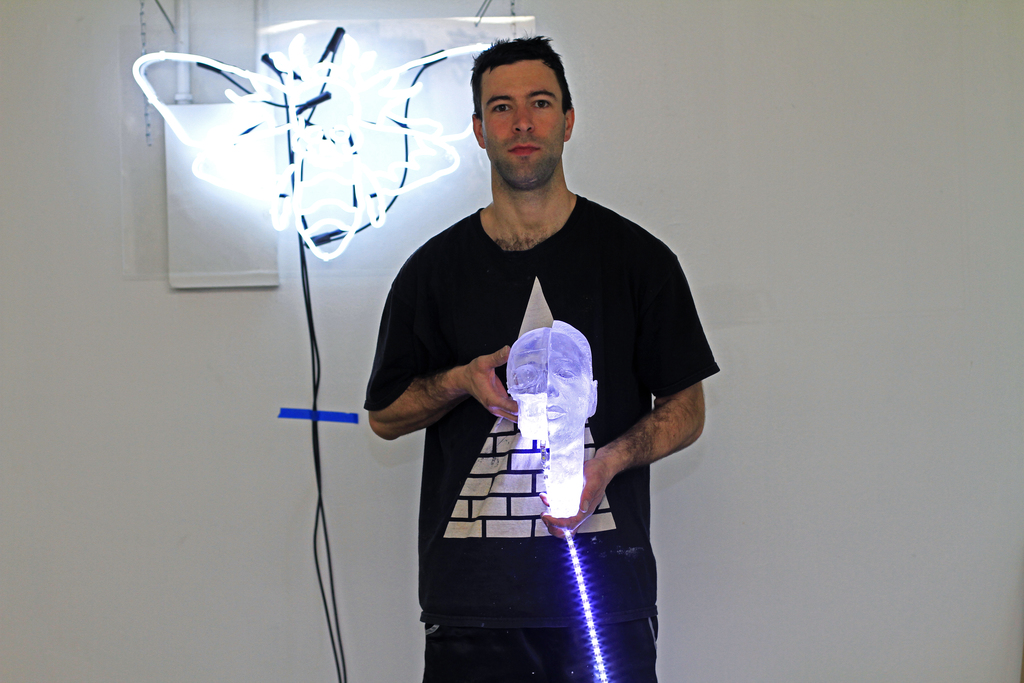 What is it like to try to “make it” as an artist these days? I like to have as much as a multidimensional creative experience as possible, so have my hands in a lot of things. I love engaging people with murals, prints, and public artworks, which sometimes lead to sales of my work. But also fabricating large molds and sculptures for artist friends, (resin, fiberglass, concrete) as well as silkscreen commissions which I’ve been doing for a few years, and actually brought me into a certain kind of aesthetic with my own work. Generally, silkscreening compositions and japanese printmaking are big influences in my content. Being involved in these side projects, hired and helping artist friends keeps me connected to their practice and in a dialogue with other creatives, which is important to me and any artist really.
​​
How do you measure the success of a project? I would measure its success by the amount of knowledge I gained by creating it, how I grew from it, and the impact it had on those that it effected. I’m also really attracted to divisive work, like if it completely blows half of the people away in a great way and the other half are shocked and don’t know what to think about it, then that is a great success. Art that everyone loves immediately is really boring.

What is it about conspiracy that intrigues you? I think I’m compelled by the imagination of the public that stems from hidden secrets and knowledge that is concealed by the authorities that are supposed to be represented said public. Using conspiracy and political themes at all functions in the most interesting way when it’s kept in the abstract, where you give the viewer pieces of the puzzle and information, and let them come to their own conclusion, instead of forcing a binary or linear agenda down their throats. That being said, most of the content I put out there does have a subversive message planted inside it to a degree!

Who do you identify as some of your contemporaries? Some artists I identify with lately are ones that are using materials in an abstract way to address social issues, new energy sources, and questioning materials that are around us in contemporary society. And addressing the connections between industry, spirituality and progressive use of materials. Hayden Dunham and Josh Kline are two artists doing this that I’m excited about at the moment.

What’s something about the way the world works that you think is fucked up? I am really shocked at how massive amounts of populations, here in the United States and abroad are still recycling ideologies from far in the past and based on fear of differences, especially in the current election campaigns, and also feel like technology should be way more high tech than it is right now, far more advanced. Also that large oil and energy corporations have such a stranglehold on reusable energy sources being developed that will be healthy for people, cost efficient and better for the planet. I hope that by the art I'm making and some of my contemporaries, greater awareness can be brought to the issue of using new energy sources. I'm really inspired by current astrophysicists leanings toward using star power eventually, and sources that have an infinite, and sustainable energy supply in the cosmos, and how this can be related to growing consciousness of the population to a higher plane of collective, creative thought in a positive way. 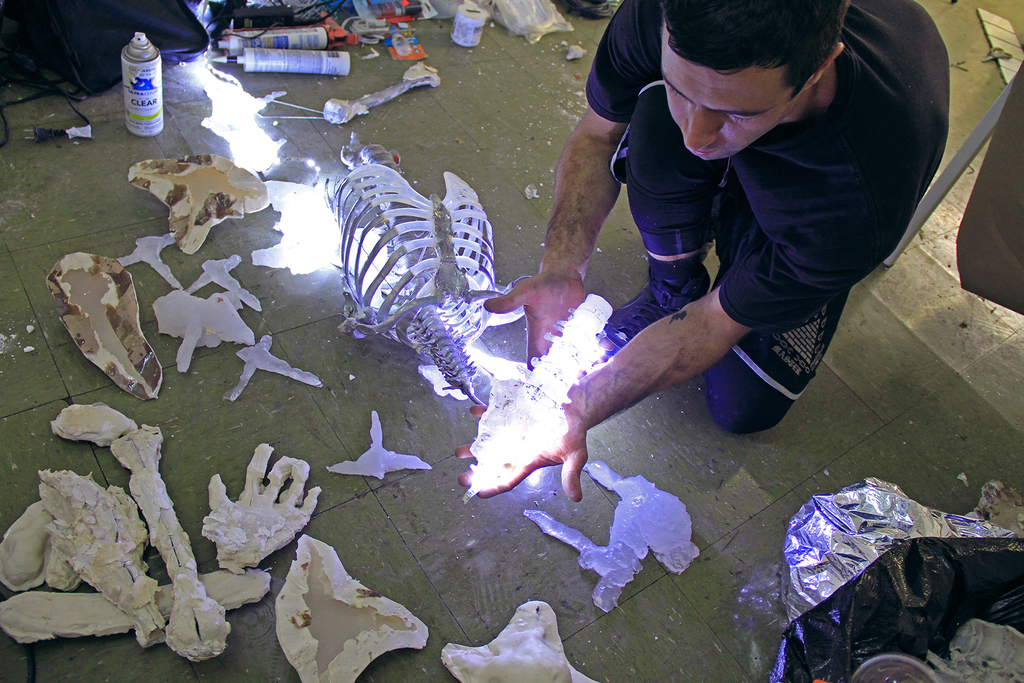