Passing through Worlds beside Worlds. This month, we explore the idea of “multiple worlds”: how they split us, how they fuse us, and what happens when they collide. 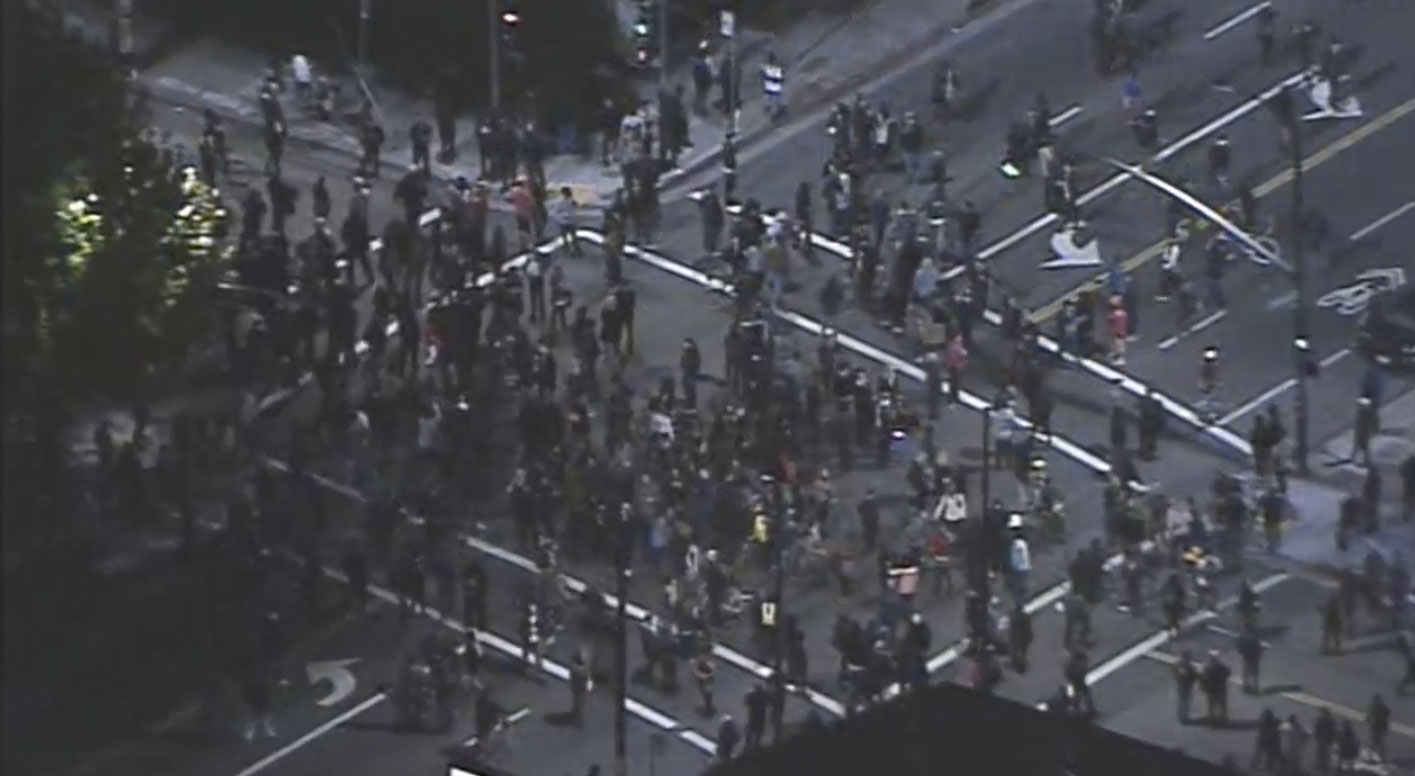 If We Burn, You Burn with Us

We scrolled through days worth of news about and views on Ferguson and collected them here. This is the who is who, and what is what, and “What the fuck?!” of post-grand jury decision Ferguson happenings.

Riots have been getting a surprising amount of support from more traditional news media since the grand jury verdict dropped last Monday – TIME, Rolling Stone and BuzzFeed are getting down with communities responding to structural violence as they see fit.

But not everybody is stoked on rioting. In fact, this man is advertising himself on Craigslist as a “riot deterrent”. Watch out.

A gift from the social media gods: This vine of a police officer getting hit with a barricade as he tries to make an arrest has gone mega-viral. You can watch the entire video that magical moment was pulled from.

The vine shows three police officers arresting live-streamer @codeframesf. He was not the only livestreamer being targeted – Ferguson livestreamer @bassem_masri was also arrested. In both cases, people organized crowd funding campaigns to raise money for legal fees and bail bond (you can find the campaigns here and here.

Hearing police targeted arrests of livestreamers/people filming last night. Imagine what they'd do if they weren't being filmed? #Ferguson

Since the verdict, protests have erupted around the country with various actions taking place in solidarity with the residents of Ferguson – some with anti-police tactics, and some less so. In Oakland and elsewhere, protests drew parallels between Ayotzinapa and Ferguson, calling for a fight against the State everywhere.

TWO MALLS SHUT DOWN so far!! highway blocked. buses not running. the obstruction of capital is sooo beeeautifullll 🔥💰💅 #BlackoutBlackFriday

Chained to bench on BART platform. Plans to stay for 4 hours she says. "Time they left Mike Brown on street." #mapit pic.twitter.com/jsVBVFhkJo

Organizers behind #StopTheParade on Thanksgiving have come forward to discuss the role of undercover officers and State infiltration of movement-building in the wake of anti-police organizing:

“We avidly refute any and all claims to discredit participants in social movements used by saboteurs, undercover informants and false characterizations of us by the state. We encourage organizers, specifically after Eric Garner’s grand jury verdict, to be cautious and aware of infiltration, to take note of plain clothes individuals assisting the police, document police tactics, share strategies, and be cognizant of the dangers that are associated with any type of demonstration or political expression.”

It’s 10 O’Clock, Do You Know Where Your Idols Are?

As political moments become cultural ones, and vice versa, artists and athletes have paid homage to the actions being taken in Ferguson and elsewhere to fight white supremacy and state violence.

given miley cyrus' love of black people & culture, I was encouraged to read her passionate defense of black lives pic.twitter.com/hwG8jqypB4

The Economic Policy Institute put out a report on the makings of Ferguson, a chronology of how a long history of racial zoning laws, de jure segregation of public housing, restrictive covenants and “urban renewal projects” have made the town what it is today.

CrimethInc. explains how what’s happening has changed the discourse, and how “every struggle is now a struggle against the police.”

“The police cannot rule by brute force alone. They can’t be everywhere at once – and they are drawn from the same social body they repress, so their conflicts with that body cannot be concluded by purely military means. Even more than force, they need public legitimacy and the appearance of invincibility. Wherever it’s hard for them to count on one of these, they’re careful to exaggerate the other. When they lose both, as they have in all of the previously described movements, a window of possibility opens – a Tahrir or Taksim Square, an Occupy encampment or building occupation, the occupied QT in Ferguson last August – in which it becomes possible to imagine a world without the boundaries and power imbalances they enforce. This window remains open until the police are able to reestablish their facade of invulnerability and either delegitimize the kind of force it takes to confront them, à la Chris Hedges, or else relegitimize policing itself.”

If you are looking to get into it with family, friends, or strangers that might not be clear on what’s going on, there are stellar resources out there on ‘how to stay eloquent and back up your facts’ discussing Mike Brown, Ferguson, and the police.

Stay tuned for more updates from the front-lines and the interwebs!