Starbucks' #RaceTogether Campaign Gets the Response It Deserves

Prodigy of Bmore Realness We sat down with queer rapper Abdu Ali to talk about his unique sound, the Keep Moving tour, and upcoming album Octarine. 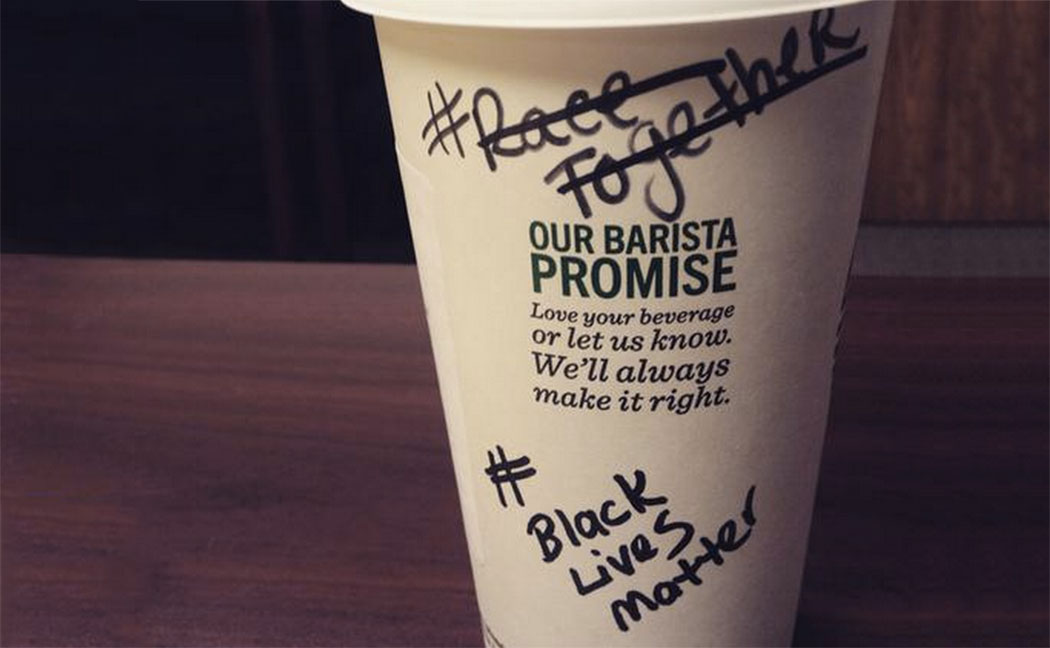 If you get your coffee at Starbucks for some reason, or spend a sizable amount of spend time on the internet, you may have noticed the coffee company’s new campaign #RaceTogether – a campaign that prompts baristas to start conversations with patrons about the state of race relations in America.

CEO Howard Schultz has released a statement regarding what prompted this clumsy attempt of marketing. The campaign has its neck in the guillotine with social media users attacking Starbucks for their own lack of diversity within the company, their relationship to prison labor, and how much they pay their baristas.

Check out some of our favorite tweets:

as a barista, why does it fall to us to "overcome" racism instead of the company itself? what is @starbucks actually doing?

Your @Starbucks barista probably won't write anything on your cup beside your name. Misspelled. #RaceTogether

Me: *buys tea* Barista: "I feel like Black-on-Black crime should be the focus." Me: *pours tea on the floor* #RaceTogether

Barista: Welcome to St- Me: EVERY 28 HOURS A BLACK PERSON IN AMERICA IS KILLED BY POLICE, SECURITY OR SELFAPPOINTED VIGILANTE #RaceTogether

So, y'all made a Latte that can dismantle white supremacy or nah? RT @Starbucks: Conversation ➡ Empathy ➡ Action ➡ Change #RaceTogether