We’re Going Mental A letter from the editors introducing the Madness Issue.

Frenemies Make the Best Medicine In real life, frenemies are nothing like the Serena and Blairs of TV land. 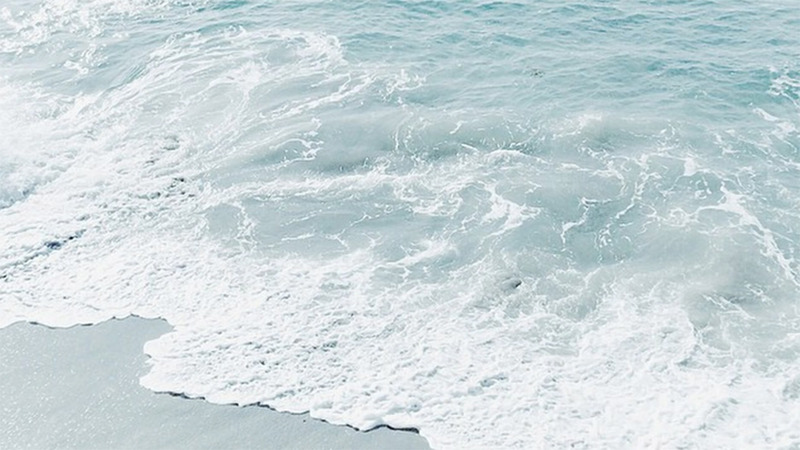 The short answer to all your complicated questions: It’s time to fall in love.

Nonsense, you may say, I’m not ready. My heart is still broken, my future uncertain. Besides, I don’t know where home is anymore; my friends have scattered like so many bright green inchworms sailing on invisible cords of silk. I don’t even know what falling in love means, you say, in this context. Besides, I have a partner or a dog or a thing I am married to like my music or nihilism. Besides, things are terrible. Look outside. Look what’s happening out there.

Outside all the trees have begun to shiver and burst with tiny leaves the color of inchworms. The old giants are swaying and fluttering, leaving damp petals at their feet as the wind strips them. Obscene sex acts occur in plain daylight, under our very noses – getting into our very noses and making us sneeze. We are implicated in this orgy of pollination. Outside, the book you left in the sun is growing warm, as a mason jar casts both shadows and watery light across its open page. Outside children are braiding each other’s hair on the stoop when they hear the first strains of the ice cream truck. Outside the crowd is going wild. Amid the tossings back and forth of rocks and tear gas canisters, one man struts an impromptu dance across a Baltimore intersection. Sensuous, defiant, he holds the crowd in his spell. He dares the police to stop this obscene celebration unfolding under their very noses, dares them to hold back the springtime.

We are implicated in all of this. But has the spell worked? Are we in love? Are we ready to claim this?

This month the world is wooing us with all it’s got. The Scorpio full Moon on May 3rd opposes the Sun in Taurus, inviting us to be more embodied (Taurus) in expressions of deep connection and catharsis (Scorpio). Venus moving into Cancer on the 7th continues the theme of tender and decadent sensuality, which is interrupted only by a tense aspect between Mars (desire) and Saturn (repression) on the 14th. In honor of May Day and Beltane and the riot of springtime around us, this month’s horoscopes are written for our passionate natures. For the complete picture, read your rising sign first, followed by your Sun and Moon signs. Anything that doesn’t resonate, feel free to toss it back like a tear gas canister.

Your totem insect this month is the cricket, hopeless romantic of the invertebrate world. Not only do they sing all night, vibrating their bodies at the exact right pitch to set their beloveds’ hearts afluttering, they’ve been known to sacrifice their own lives to protect their lovers from attack. Nothing as dramatic as that is called for in your world this month, but you are being asked to use your body as an instrument, to learn its rhythms and tautness, its own particular songs, and to vibrate at the frequencies that will attract your heart’s desire. This song is risky but necessary, and will reach farther than you anticipate.

You like to think you don’t really need anyone. People may be necessary, like food and water, but you imagine you could survive without any of them in particular. For you are something apart: a force, an asteroid, a brick who has forgotten its infancy as soft clay. But you’re more like clay that has gone hard and dry but has never been fired. Which is to say, you are still permeable – still susceptible to moisture and pressure. Lean into this vulnerability, this soft and malleable core, this month. Let something change you, even if it means giving up control – and especially if it means joining the rest of us here in the messy business of loving and risking loss. Take a tip from a Swedish vampire movie, and let the right one in.

If the entire world is dripping with eroticism right now, you’re able to find it in the least likely places. Spend an hour watching the clouds on a bright blue day and you’ll start blushing. Heavy, weighty masses roll up against delicate wisps and begin to intertwine. Bodies the size of demigods merge and separate, flush and tremble. You can imagine being crushed by their weight, even as you know a hand waved through them would feel nothing, not even dampness. It is this lightness, this spaciousness, that you need to seek out this month to let yourself surrender, even if that means sticking to solo adventures. Keep it vast, and keep it buoyant.

Who exactly would you like that milkshake of yours to be bringing to the yard? As Venus moves into your sign, your natural magnetism gets a little polish and makeover, like the bespectacled heroine of a teen comedy who discovers contact lenses and hairspray. Everyone is going to want your number this month, so stay in touch with what you want. Focus on acts of sweetness and care that are reciprocal, and make sure you don’t get pulled into taking care of some sad-eyed stray puppies in the shape of grown-ass adults. You can also spend this transit sequestered from the crowd, contemplating your own perfection.

You are right to lament the end of the Saturnalia, a time when ordinary life was suspended to celebrate Saturn. What Catullus called "the best of days" included feasting, games, and a carnival atmosphere in which social hierarchies were relaxed or completely overturned. You feel you might also have thrived as part of a Dionysian mystery cult, ecstatically impervious to fire and coaxing milk and honey from the ground with your thyrsus. What feels missing from your romantic world is a sense of the orgiastic – and particularly the orgy as social communion, as a place of commonality. Get your groove back this month by diving into a sweaty dance party, a puppy pile, or any place you find where sensuality feels omnipresent, consensual, and subversively unstructured.

As you are classifying all the humans you meet according to a strict binary (“resembles my dog” or “does not resemble my dog” being an old standby), here’s another set to add to your parameters: More like Thucydides or more like Herodotus? Both ancient historians are credited with inventing the idea of being a historian, but they had deeply conflicting ideas about what a history should be. For Thucydides, history comprised cold, hard facts and it was written by the victors for the victors. His approach to the human experience has been called cynical, as it emphasizes fear and self-interest as paramount. Herodotus, meanwhile, wove legends and cultural details into his histories, and told stories that contained several different perspectives, inviting the listener to make up their own minds. How can this binary be helpful? Keep an eye on the Thucydidians in your world (they are legion) and especially the Thucydides who lurks in your own heart. Wherever possible, ask yourself: what other stories could be true – what would Herodotus do?

In the medieval mind, all patterns had a meaning and a moral weight. A cloak printed with a motif of a fleur-de-lis, for example, connoted a certain social rank and embodied virtue, while striped outfits were considered the mark of the exile or the sinner. As historian Michel Pastoureau describes it, the medieval mind abhorred a pattern in which the figure and the ground were unclear. Such ambiguity denoted moral confusion: with a stripe, who is to say what is the base color and what is the ornament? What is good and bad, down and up? What’s interesting in this question for you is your own relationship to patterns: do you like to keep a clear sense of where you end and your partner begins, or are you interested in the ambiguities where figure and ground become confused? What are the shapes you make in your emotional life, and what resonance do they create in your understanding of the world?

Consider the bowerbird: half the species spends its time diligently, obsessively arranging forest debris, hoping to woo and win a mate. Picture them as tiny Andy Goldsworthys, manipulating found natural materials into architectural shapes that delicately interweave with their environments. Some bowerbirds work in a monochromatic color scheme, favoring blue flowers and berries or brown fungus and twigs. Some build tall scaffoldings around a tree trunk, others prefer a runway of sorts. Now picture the potential mate, who sometimes briefly inspects the finished bower before flying off, unimpressed, and sometimes can’t be bothered to show up at all. Rarely, she’ll approve and stick around for the next act. This month, your task is to dedicate yourself to something fantastical, aesthetically rigorous, and full of your strongest, passionate ardor. Whoever you call in this way will be worth having around; until then you’ll be too busy to be lonely.

Your soundtrack this month is Beyoncé’s "Flawless" on permanent repeat. It’s time to flaunt what you’ve got, exactly as you are in this moment: your strong and cracked hands, your shyness and dark moods, your suspicion that the world is up to some dangerous nonsense behind your back. Think of it as a public service, not to mention showing the kids how it’s done.

Now is actually a good time to be optimistic. Not for society at large, but for your own small corner of the world. If you can let yourself step away from your larger schemes – and especially from the insistent voice that keeps you awake at nights, counting the limited days that remain to you and urging you to try harder for the sake of all those poor mortals who depend on you, or someone like you, to fix this mess we’re in – if you can gently close that book and open another one, you might find the story goes something like this: What you’ve been waiting for is close by. It’s okay to want it as badly as you do. You don’t have to be better at anything to deserve it. You’re allowed to be selfishly, blindly happy.

One reason it’s tempting to theorize about utopias, while dismissing them, is that you don’t actually know how to live in one. Your skills are for this world: toughing it out, getting by, getting lost when you need to, showing up when you can, dropping out when you can’t anymore. Animals that are raised in small cages are so used to being cramped and trapped that even when their cages are removed, they don’t know how to be free. How would you fit into a world that called for an entirely new way of being? This month, there’s a good chance you’re closer to some kind of freedom and happiness than you think, and it’s coming your way through your closest relationships. Stretch your wings, test those new muscles, and let’s start figuring out what we’re capable of.