Develop A Part Of Your Mind That Can’t Be Overwhelmed

How to Find a Good Therapist Choosing a therapist is a serious and difficult task. Here are seven things to consider before making the choice.

Working inside a collapsing mental health system as tens of thousands of people scramble for services. 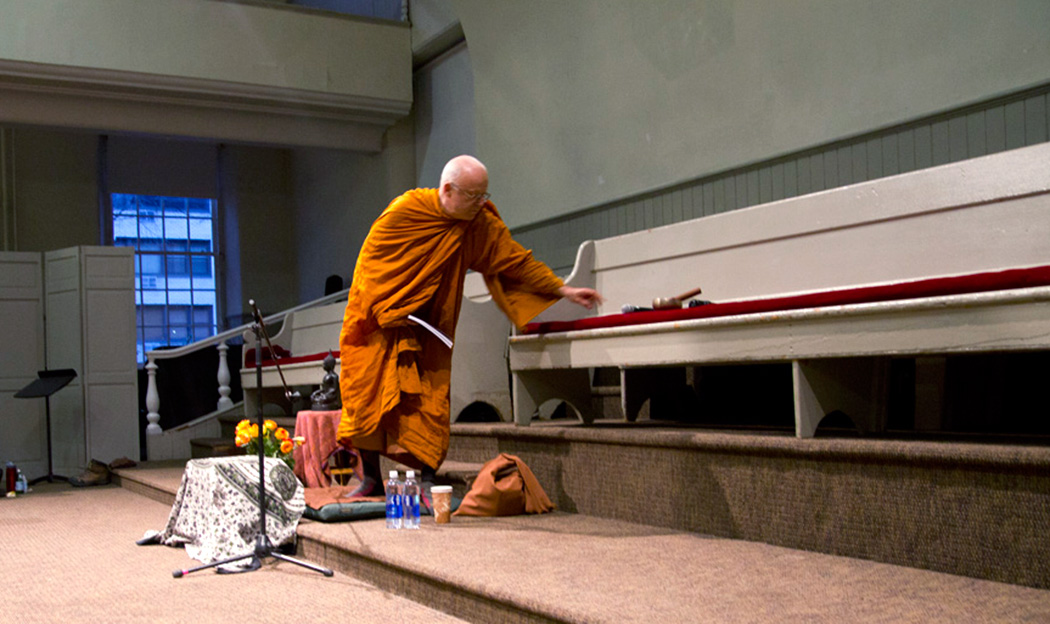 Develop a part of your mind that can’t be overwhelmed

On a cloudless March afternoon, we visited a former Thai forest monk at his temporary abode in lower Manhattan. In an interview, Thanisssaro Bhikkhu discussed his latest Buddhist research and the monastic life, and then dispensed a little dharma advice for New Yorkers.

Thanissaro – dubbed “Geoff” by his students – heads the Metta Forest Monastery near San Diego, which he helped establish in 1990. Thanissaro was ordained as a traditional monk in Thailand in 1976 and hid out in Thai forests for over a decade, studying meditation under his teacher, the lesser known Ajahn Fuang Jotiko.

The skinny: Buddhism works as a modern counter-culture, providing mental and ethical training within society, a way to neutralize dominant values.

Right now, I’m working on a book on Buddhist romanticism. The thesis is that most of what we’ve learned as Dharma, in the West, actually has more to do with German Romantic ideas than with what the Buddha actually taught.

Ideas like: the oneness of all things, the interconnectedness of all being, integration of the self. Those kinds of topics. You don’t find those in the Pali canon [ed. original Buddhist teachings]. But you do find those ideas in the Romantic writers. Their ideas influenced Emerson, William James, Carl Jung, Abraham Maslow, and Aldous Huxley’s frame of philosophy … A lot of people come to Buddhism through those portals – academic studies of religion or the psychology of religion.

I want to figure out: What were the Romantic ideas? How did they get to us? How do you define Romantic religion? Turns out not much has been done on this topic, even in Western scholarship. Then, point out how it has influenced the teachings of a lot of modern dharma teachers. Then, compare the basic tenets of what I call Buddhist romanticism with what the Buddha actually taught.

When you choose one or the other, there are practical consequences. 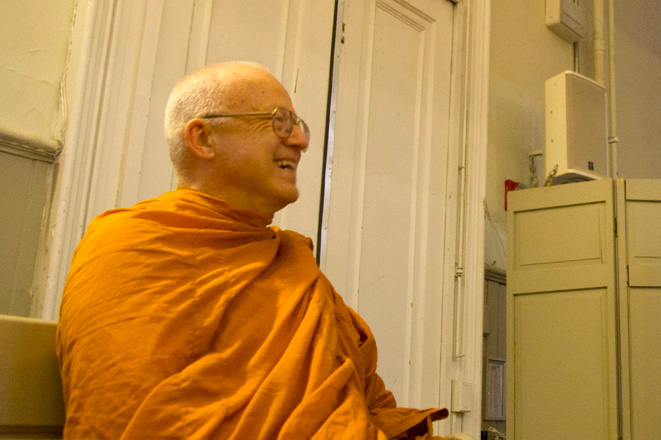 In Western Buddhism, some feel there’s too much emphasis on meditation, to the detriment of ethics or wisdom, or other parts of the Buddhist path. What’s your view?

I’ve noticed especially the Dharma Punx movement. Some of these are people who’ve had a drug problem, and they realize you can’t touch drugs, you can’t touch alcohol, because it’s going to ruin your life. They seem to be more interested in ethics, discipline and the precepts [ed. rules of training and conduct]. I guess the pendulum is beginning to swing a bit, there.

Almost anybody who does meditation practice after a while realizes: Okay, if I’m going to get anywhere, I have to be more disciplined in how I lead my life. And if I lead my life in a way that’s a mess, I’ll carry a lot of that mess into my meditation, where it’s very difficult to sort things out.

(Laughs) I had some guys who came out to the monastery a while back. Two of them had just gotten out of the army. One said: Gee, you know, I haven’t done any meditation practice since boot camp.

Is that really a thing?

Yeah, they really do it. The army does it. It’s for the purpose of helping prevent PTSD. Also, they’ve found soldiers are more efficient in doing their duties if they can let go of their feelings and negative emotions around what they’re doing. Kind of chilling: that they’re out there, more efficiently killing than before.

In this tradition, ordination is typically done for life, with several vows, renunciation of family, a new name, and the observance of 227 rules for living. When you ordained as a monk, was there a moment you resolved not to look back?

Originally, I was going to give myself five years. My teacher Ajahn Fuang said that’s not enough. ‘Temporary monk.’ (laughs) He said: I want you to make a vow – that if I don’t succeed in mediation, I’m willing to die in Thailand. I thought about that for a bit and said: Okay, what the hell. (laughs)

Because when I was back here in the States, I looked around and didn’t see anybody happy. I thought maybe about getting a PhD. I looked at the professors around me – they didn’t seem happy. I kept thinking about Ajahn Fuang being very happy back there on his little hill in Rayong. So I went back to Thailand.

Can you describe your relationship to nibbida, the experience of disillusionment?

Call it a sense of maturation. It’s like a little child who used to play with something. The day comes when you don’t see it as interesting anymore. You’ve kind of figured it out. You’ve figured out what the appeal was, and that the appeal was really not worth it. Then you just let it go.

So it’s not a sense of disgust. Sometimes it’s translated as revulsion or disgust. It’s more like a kind of food you’ve eaten, where you realize, you know, my body doesn’t want this anymore. And it’s the same with the mind. You’ve seen whatever pleasure can be gotten out of a certain activity and you’ve also seen the drawbacks. There comes a point when you realize: with the drawbacks, it’s not worth it.

What’s the hardest thing, and the easiest thing, about the celibate life?

Easiest thing: you don’t have to worry about feeding other mouths. You know that if anything happens to you, nobody’s life would be in danger as a result. There are times when you put yourself in a position of danger but if you’d thought: “Oh gosh, I have a wife and kids,” you wouldn’t do it. If it’s just me, you say: “I can risk this.”

As a Buddhist monk in the US, how do you explain what you do to people?

It really depends on the individual. One question that comes up a lot: people come in and want to ordain. Their parents ask: Aren’t you just throwing your life away?

I say: “No, you’re not throwing your life away, and you’re not running away from people.” One surprise in the monastery is the wide range of people you meet. A wider range than the people you’d meet, say, in your office. Because in your office you deal with people who are very much like you. Or if you have a particular clientele, you deal with a particular stratum of society.

In that sense you’re not turning your back on the world. That’s one concern parents tend to have. And to people asking: What are you doing? I say: “I have a very problematic mind. I have to work on that.” (laughs) “If I can work on that, then I’ll be less of a problem to other people.”

That’s probably not what they associate Buddhism with.

Yeah. (laughs) My very first time in Bangkok, I woke up in the hotel room and happened to look out my window. On the street there was a monk, going on alms round. He stopped in front of this store. It was almost surreptitious. There was a woman in the store: she went into the house, came out with some food (for him), and they both moved on.

That really struck me. I said: “We need that in America.” It was like there was this other culture, infiltrating Thai culture – it’s good to have a counter-culture, a place for people who don’t buy into the values of the dominant culture. It’s good that they have a place to go and get some training. They’re there for society as well, so they’re not just running into the woods and disappearing.

We like that (idea of running away) in America like in Into The Wild. That story they made into a movie: about a guy really disaffected with his father, who decides to go off and have a true adventure on his own. And ends up dying.

We’ve read some of the notes he left. We say: here was someone who could’ve really used some good training on how to go off and be on your own. They have that in Thailand.

It’s good to have that kind of alternative culture. That’s what I want to provide here.

Any advice for young people, who work in careers and cities where life moves too fast? Any specific advice regarding the Big City Life?

Try to have a part of your mind that doesn’t buy into everything around here. You can create that. The Internet has the advantage that now you can listen to dharma talks at any time. You can read dharma passages for some of these alternate ideas.

Hold to your precepts. Try to develop a state of mind, where you’re in touch with that part of the mind that’s not affected by anything. So that whatever comes in, you don’t feel overwhelmed. That sense of being overwhelmed is what makes people desperate. Develop that part of the mind that can tell itself: okay, no matter what comes, I can handle it. 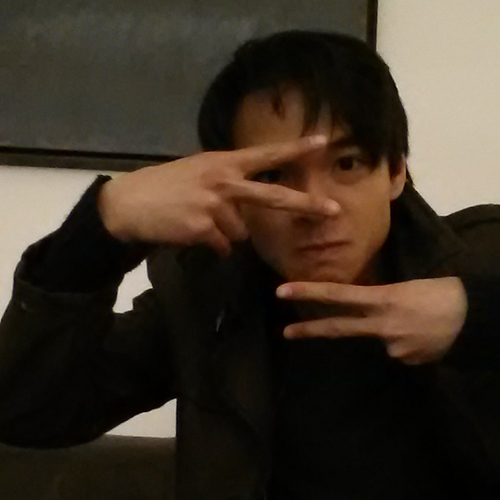 Nat Rudarakanchana is a metals reporter based in New York, via +852 and the ancient Kingdom of Lanna. Interests include steel, monks in forests, and all the dialogues of Plato.