Learning to Mother Someone Else’s Child

Insomnia Mix With tracks from LSDXOXO, TLC, Modulaw, and so many more, Night Doll brings us a mix to get you ready for another sleepless weekend.

The Summer of This Content Get out there and make the shit you wanna make. 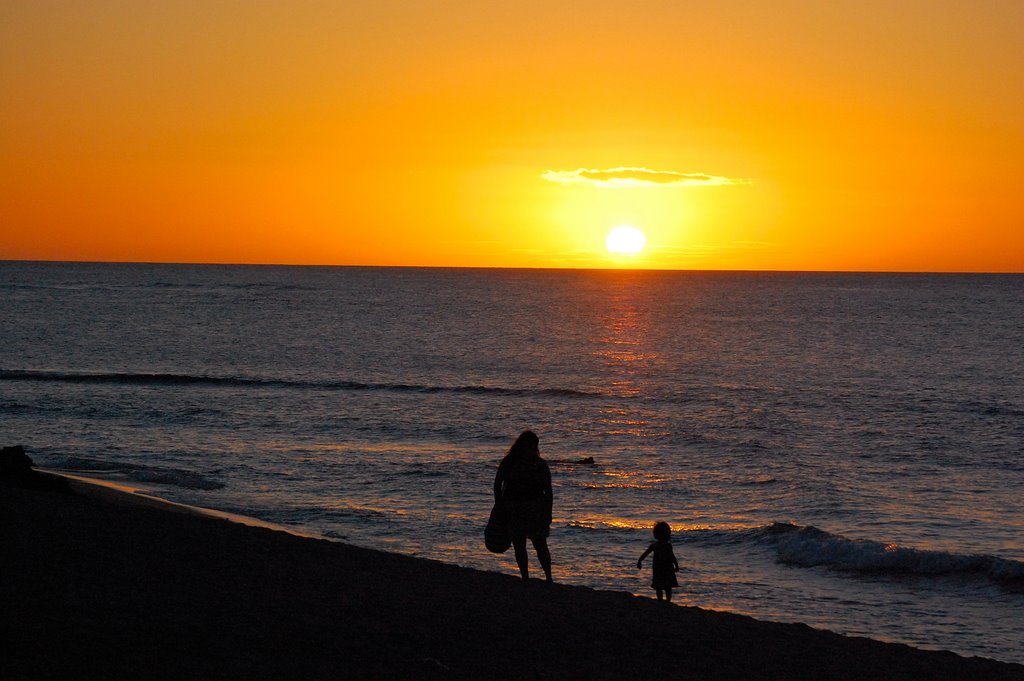 Learning to Mother Someone Else’s Child

Is it strange for a child to have years more experience being a daughter than her caretaker has at mothering?

I met her in the middle of fall. I walked from the subway, my breath glowing yellow under the streetlights, my feet crushing leaves in various stages of decay. I focused on these details in order not to worry; I hadn’t prepared. How to talk to children, I’d typed several times in the Google search bar. Each time I erased it before pressing enter. I felt ridiculous.

“Hi there,” I said finally when she answered the door.

“Hi. Goodbye.” She flopped on the couch and pretended to sleep.

“I like your nightgown,” I interrupted. “Is that Rainbow Dash?” She opened her eyes.  “Some of my queer friends are really into My Little Pony,” I told James. “It’s kind of a thing.”

“My favorite is the purple one, because of her cutie mark,” she said, and he grinned.

I can’t recall if we colored horses, but I know we colored turkeys. I remember because I said, “My turkey looks pretty ridiculous wearing pants.”

And she replied, “You should never say that to a real turkey.”

“Oh. Yeah, I guess that would hurt his feelings.” And it was then I learned, or remembered, how to talk to children.

So much of caring for children is remembering. It’s revisiting your own childhood. It is also, for me, revisiting the desire to never have kids. I’d thought of myself as an unlikely mother, though I know that’s closer to an oxymoron than a modernism; in the post-pill 60s and post-Roe 70s society still expected most women to have kids, and now, with advances in reproductive technology, the rest of us women – lesbians, sex workers, trans women, upwardly-mobile career-focused yuppies, the chronically single, the heavily medicated, women with infertility and disabilities – have been variously graced and burdened with the possibility of motherhood. If an unlikely mother exists, she would probably be one of ‘the rest of us’ who also had a pathologically-rooted and continuously-proclaimed desire to never have children. Yes, that was me.

I wasn’t sure my body could handle pregnancy. More importantly, I didn’t want to curse another human being with consciousness. I also didn’t want to bring anyone small and vulnerable into my life. But there she was, five years into living when I was brought to her through loving James. And I loved him too much to leave.

So I finally set about actively learning, typing “stepmothers” into Amazon. Most of the book covers that appeared were solid blue or purple with sober words in serif script. A few featured anodyne images of a woman and a child walking into a sunset, a few others used high-heels to illustrate a commercialized notion of sass: No One’s the Bitch: A Ten Step Plan for The Mother And Stepmother Relationship. All of them presumed that the birth mother was still present. She isn’t.

If I am closer to an oxymoron than a modernism, a young mother’s death would be closer to anachronism. I wondered if looking to the past would prove more useful. When I scrolled down to the Frequently Bought Together section, I saw a bit of my own past. I ordered Sarah, Plain and Tall to read again.

“Sarah stepped down from the wagon, a cloth bag in her hand. She reached up and took off her yellow bonnet, smoothing back her brown hair into a bun. She was plain and tall.”

Sarah had to be plain, and not just as a passing fact. It had to define her. As an adult I understand why. Sarah answered a widower’s ad for a wife; if she weren’t plain, she would be a mail order bride, a gold digger, a sex worker. This seems to me the root of the wicked stepmother archetype: why would a woman love unless she had to? Why would she do the labor of caring? When love is not a noun but a verb, it’s only sex workers who are adept at it. Motherhood should come through a rush of feeling, a single, uncontrollable moment of falling in love. Anything else is immoral, maybe impossible.

But I am learning that mothering is more of a decision – a series of acts. If this is unnatural, well, so is the way I’ve been brought into the role; through loving James, yes, but more proximally through a death than a birth. It is unnatural for a child to have years more experience being a daughter than her caretaker has at mothering. It’s a situation that requires work.

“Today is one of the days when Ma is gone. She won’t wake up properly. She’s here but not really. She stays in Bed with the pillows on her head.”

I began watching her two days per week, so she could get used to me and I could get practiced at caretaking. Every Monday and Tuesday I picked her up from school, except for the Monday I couldn’t move. I’d arrived the day before while she was at her grandmother’s, so James and I could spend a quiet afternoon together. Everything was fine until I accidentally revisited the wrong part of my childhood. I saw an article on my phone about a pre-teen girl who had been abducted. Hesitating, I clicked and read that she had grown up near me. Just that detail was enough. I felt the familiar tug in the center of my chest as I was pulled into myself, away from the edges of my body. I went to bed early to give sleep its best chance but morning broke on the same feeling of despair.

“It’s okay. I understand,” he said, because in some ways our griefs are similar.
She went to her grandmother’s again, and when he brought her back that evening he told her I might still be sleeping. An hour or so later she opened the bedroom door, surprised to find me there.

How could I care for someone else if I couldn’t care for myself? If mothering is work and disability is defined, in part, by the inability to work, then what is a disabled mother? I still don’t know, but I have learned to care for myself through her. I drag myself out of bed even when I’m dizzy with depression so that I can bring her home and bring myself into the world. I tell her to do her homework sooner rather than later, because “if you don’t get it done now, it’ll just get harder to do,” and then I try to do some work of my own. Once I stopped binge-eating Doritos because she asked if she could have some, too. Now I only binge-eat alone.

I am always imperfect, but I am also still learning. After I remembered how to talk to her, after I re-learned how to keep her safe and clean and fed, I realized I also had to teach her. She needed to know more about the world, so she could fight for herself, could fight for others. She should read more. I could augment it; Sarah, Plain and Tall could also be a discussion of settler colonialism and primitive accumulation of land. I wanted to ask her if she’d go with me to the library but she asked me first.

“Yeah, they have fun computer games there,” she said.

“I’ll tell you what: we can go to the library, but you have to check out five books to read if you want to play on the computer.”

“Okay!” So we put on our shoes, and I held her hand as we chattered down the street.

“He had me.” Ma says it one word at a time. “He had a childhood with me, whether you’d call it normal or not.”

“Aren’t you getting any books?” she asked after we’d scanned hers and put them in my bag.

“Oh. Well, yeah. I’ll get this one.” I had a book by my bed already, but I wanted to set a good example, so I grabbed a novel off a nearby shelf: Emma Donoghue’s Room. It is the first book I’ve read as an adult that has mothering as a central theme. The other central themes are captivity and survival: a young woman is kidnapped, raped, and kept in a room, where she gives birth. I marveled at the notion that motherhood could be healing in this or any circumstance. Resilience as a virtue provokes my anger, but here it was presented simply as a possibility, self-care a consequence of care work as well as a precursor.

I am learning that self-care is always an integral part of care work, that it is part of the entire process of reproduction. In order to care for someone else, I must care for myself. It is simply another form of work that mothering requires.

“The individual is still the only source of the creation of value.”

After Room, I picked up The Arcane of Reproduction: Housework, Prostitution, Labor, and Capital. I’m only halfway through, because I moved in with her and James last week. The book has already confirmed what I’ve suspected: that care work appears unnatural in some circumstances only because it’s been mystified as natural everywhere else. This allows its value to be obscured. Value here is a Marxian concept but it is also an immaterial feeling. In the same way, love is work and it is more; love is a verb, a common noun, a proper noun: Love, I will put in the work for you. It is a promise. 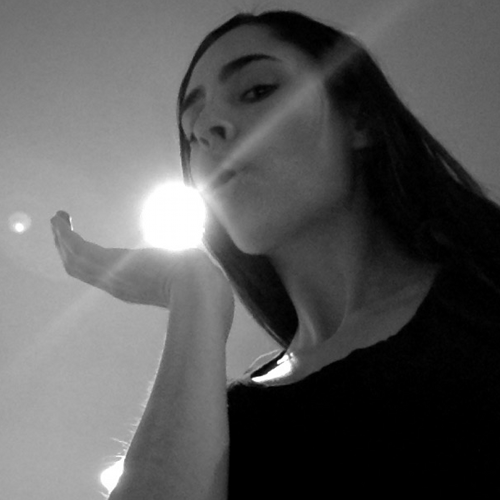 Emily Dall'Ora Warfield is trying to use her women’s studies degree. She lives in Brooklyn just like everybody else.