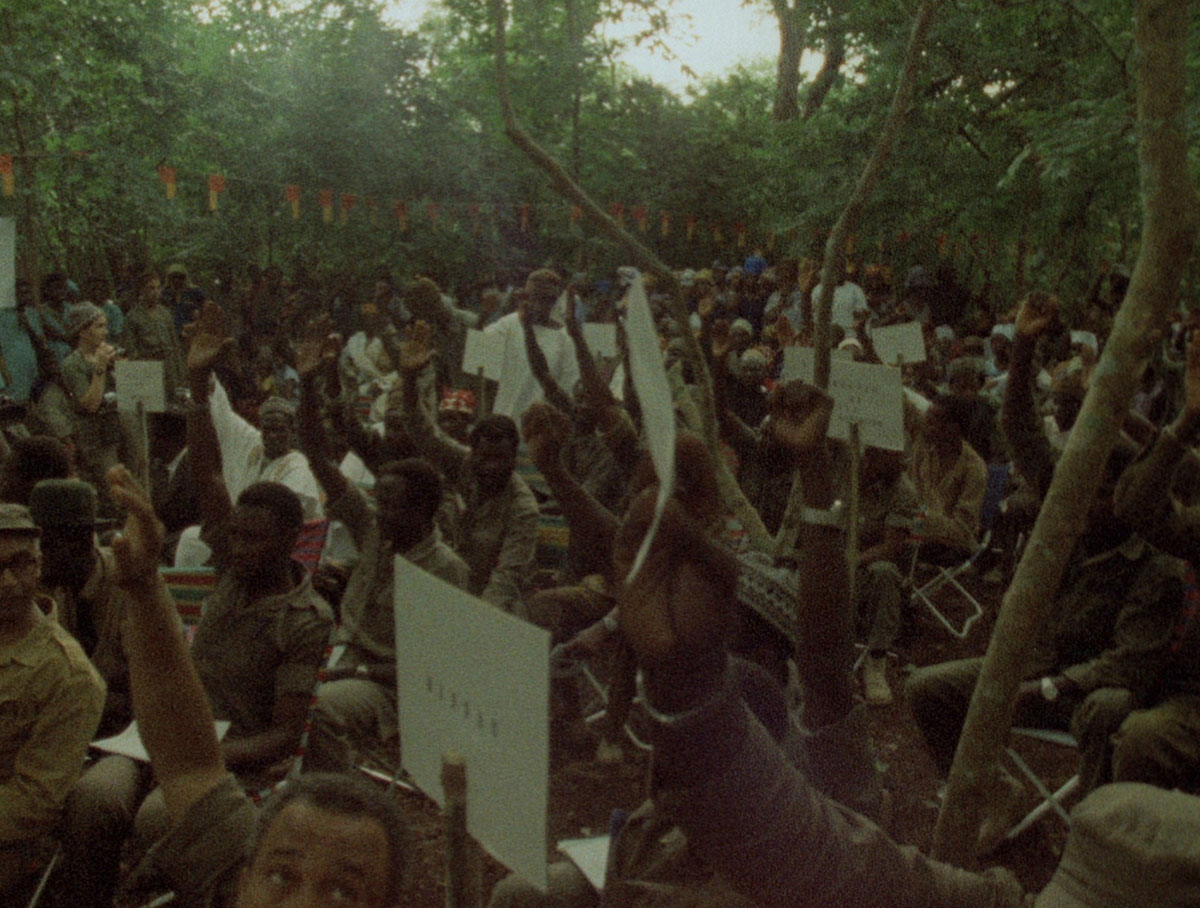 Having spent a couple hours discussing our experiences at anti-police brutality marches around the city over dinner, I almost went to see A Girl Walks Home Alone At Night (again) with a few friends. But when walking to the box office I was captivated by a poster for another film playing at New York City’s IFC Center. A friend and I decided against seeing the vampire revenge film for the second time in favor of the experimental documentary film: Concerning Violence: Nine Scenes from the Anti-Imperialistic Self-Defence.

In Concerning Violence, Swedish filmmaker Göran Olsson mixes archival footage of African anti-colonial struggles from the 1960s and 70s to the sound of singer-songwriter Lauryn Hill reading passages from Frantz Fanon’s Wretched of the Earth. The film’s preface is also written and delivered by Gayatri Chakravorty Spivak, who was filmed casually in a cramped office, behind a desk piled with books.

This documentary represents daring moments of struggle against colonial powers, and as Olsson described it, is sort of “Fanon for beginners.” With rebellions against the police state taking place all around us in the wake of the Michael Brown and Eric Garner grand jury verdicts, the film nudges audiences to draw parallels between decolonial struggles of the past and oppression facing Black Americans today.

Also interesting fact: Lauryn Hill excitedly signed onto the project while she was in prison for tax fraud.

Whether you torrent it, go see it in theaters alone or with a buddy, I think you’ll find it very interesting.