Joey Labeija and DonChristian celebrate Sagittarius birthdays and give us new friend goals for 2015. 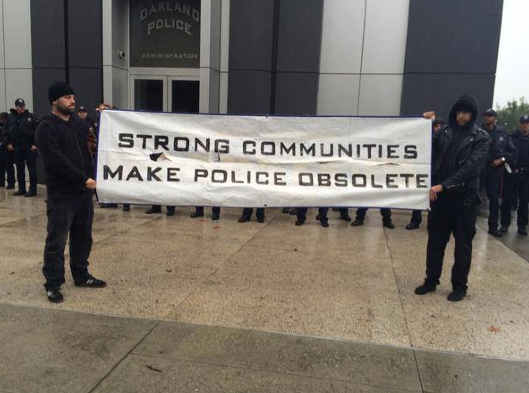 First MTV endorses rioting, and now this?! Yesterday, Rolling Stone published “Six Ideas for a Cop-Free World” by José Martín and we literally had to pick our jaws up off the floor:

But police are not a permanent fixture in society. While law enforcers have existed in one form or another for centuries, the modern police have their roots in the relatively recent rise of modern property relations 200 years ago, and the “disorderly conduct” of the urban poor. Like every structure we've known all our lives, it seems that the policing paradigm is inescapable and everlasting, and the only thing keeping us from the precipice of a dystopic Wild West scenario. It's not.

Before you get too excited, it's worth noting that this is the same magazine that retracted a story of a student's experience with rape at a University of Virginia fraternity house just last week, fueling disbelief in sexual assault survivors everywhere.

One more time with feeling: Rolling Stone is out here prescribing alternatives to policing. In an era where cops are being called the world’s most dangerous gang, yet some people still think we need them, even mainstream media is fantasizing about a world without police.

So, is it too early to pull a Penny Lane and say “It’s all happening”?