MTV Supports Riots we waited for this video to get it wrong somewhere but it never did. What?!! 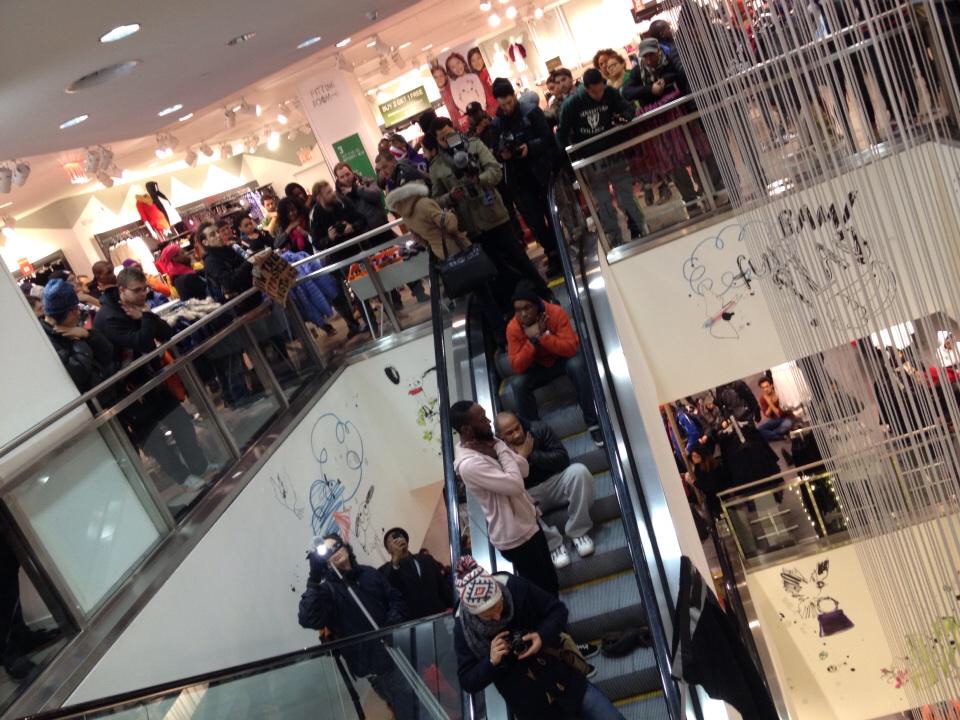 The Ghost of Christmas Future

Last night, I thought I would check out Union Square, where many of the recent protests in NYC have begun. But the night had another itinerary. When I surfaced from the subway at Union Square, my friend asked me to meet her at Grand Central Station instead. She said everyone was there, and that “they needed numbers.”

I hopped in the subway and surfaced at 34th street. From there I walked the few blocks to Grand Central. I was greeted by a familiar scene for New Yorkers: a culturally important place with a lot of police.

Wow! Outside of grand central and helis overhead.. pic.twitter.com/5iplSv4eHQ

I kind of knew what I was going to see when I came. There would be a die-in protest for Eric Garner with respects paid to other victims of systemic police violence. I walked past the police outside and entered. I felt (rightly, I think) under surveillance. I quickly found where the larger demonstration was inside and sure enough, found my friend.

Just yesterday, I was doing a bit of research about Grand Central. Mostly about who has jurisdiction there. In my search, though, I saw this video that said Grand Central’s monumental clock was worth more than $20 million. Twenty million dollars.

The chanting started, and I fell in sync with them. We circled that clock as we screamed for Eric Garner. Eric Garner who was killed over a fifty cent “loosie” cigarette. Around a clock worth $20 million. The demonstration felt surreal and necessary.

We moved on. We never stayed at any one place very long. Hundreds of us went into Macy’s. Then into H&M, Forever 21, and Penn Station, and Toys“R”Us, and the Disney Store. We chanted “No Justice, No Christmas!”. We held a moment of silence in each store, followed by an announcement that Christmas won’t be possible this year.

The Disney store was especially strange. We found ourselves surrounded by all of these white dolls and white models. That moment seemed to capture white supremacy, and our fight against it, so well.

Inside Toys“R”Us, white men with their children were furious with us. It’s as if they immediately understood that we were opposing was their system. Opposing what keeps them so comfortable at night. We soon realized we were standing in the toy gun section. Surrounded by the kind of cheap plastic guns associated with Tamir Rice and John Crawford’s murders. Black kids killed for playing with these guns. They would not see another Christmas.

The demonstration was not large, but when compared to bigger demonstrations it was more powerful. There was power in the (rightful) anger displayed. Chants did not fade like they’d done before. We felt a collective urge to intervene in business as usual. We didn’t want a new “civil rights era” that could end, we wanted to meet this permanent New Jim Crow with our own permanent opposition.