Kidnapped! Simon Ostrovsky, a Vice News reporter was captured by pro-Russian forces in eastern Ukraine. He's since been released. 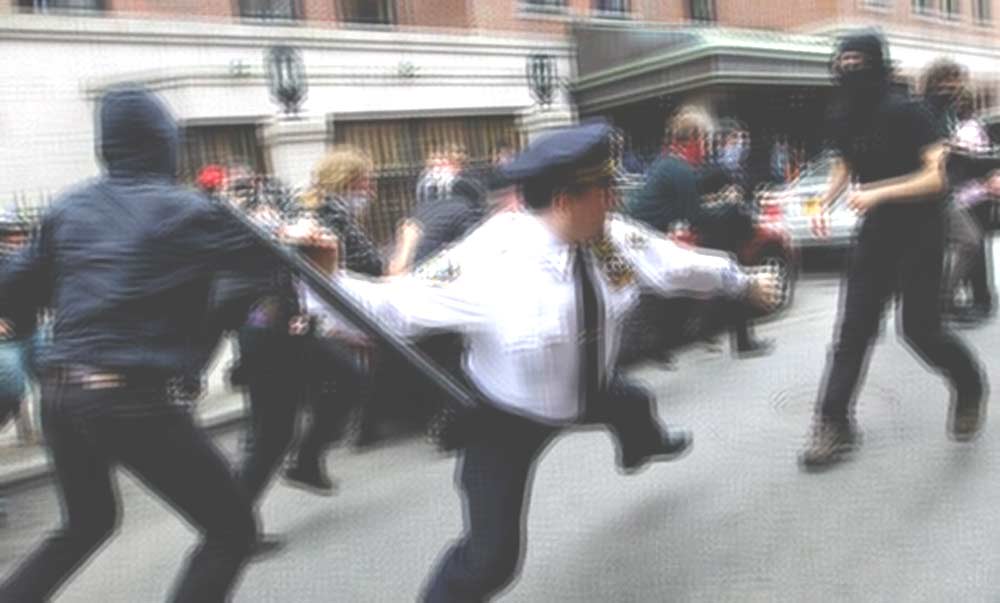 NYPD Accidentally Gets What They Asked For

It should just go without saying that the trolls — and sometimes the uncomfortable truths of the matter — will always find their way into the fold.

Using Twitter hashtags to organize a brand in the so-called 'real world' is always a risky move. Like a few weeks ago when a news helicopter went down in Seattle, and news anchors flipped through hashtagged photos on Twitter and got a dose of the ungovernable hashtag [NSFW].

Well, the NYPD made just this mistake this afternoon when they issued this call for selfies with NYC's finest:

Do you have a photo w/ a member of the NYPD? Tweet us & tag it #myNYPD. It may be featured on our Facebook. pic.twitter.com/mE2c3oSmm6

Whose NYPD exactly? Mine? I don't think so. Apparently, neither does the internet:

Thank GOD for #myNYPD. They stopped this dangerous man from crossing the street. pic.twitter.com/rCWbdqUmAJ

#myNYPD shot 9 innocent bystanders near the Empire State Bldg just to get one guy pic.twitter.com/5e1dZLnri2

@OccupyWallStNYC #myNYPD keeping me safe by tackling me to the ground, punching me & arresting me (1) pic.twitter.com/fmzKFAJrtx

Need a lift? The #NYPD's got you! Free Delivery, Only at #myNYPD pic.twitter.com/AStS3ZjoZu

how #myNYPD treats 16 year olds who say "no" to being stopped and frisked: https://t.co/awb00Qxeon pic.twitter.com/MhyArnHKXK

Every white shirt has to get in on the brutality, right @NYPDnews #myNYPD pic.twitter.com/bnXw0y6Uch

In the context of this public relations fiasco, even this last pic is kinda disgusting: