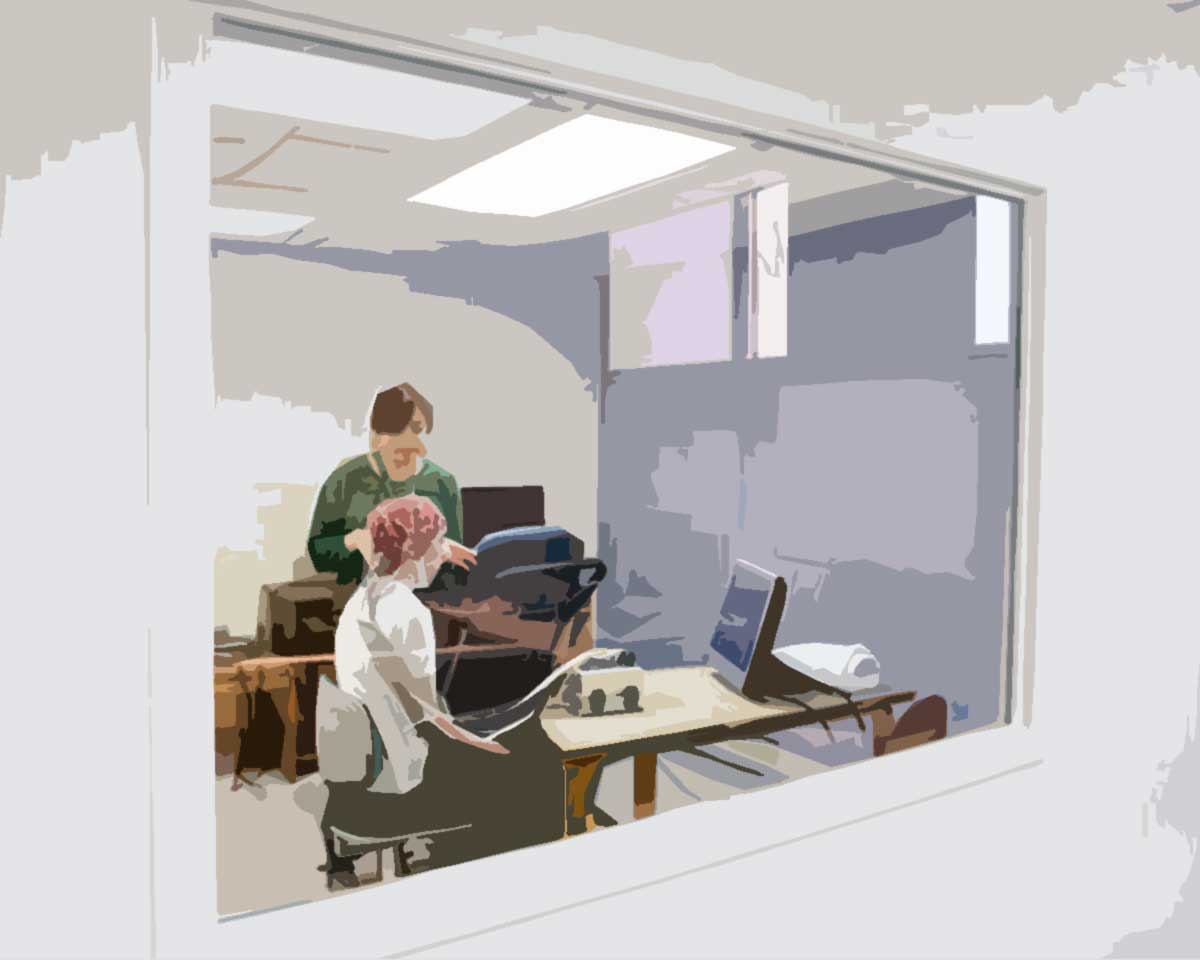 Your Body is Your ATM

Defecating into a basket, having blood withdrawn from your body several times a day, tossing back an experimental drug and waiting to see what happens. For many, these may sound like unpleasant or undesirable events, grudgingly endured if deemed medically necessary. For others, these are a way to keep food in the cupboards, the lights switched on and the rent paid. In short, a paycheck, a way to earn a living.

We’re talking about healthy volunteers enrolling in Phase 1 clinical trials, which pharmaceutical companies largely outsource to the private sector these days. Volunteers typically earn $200 to $400 a day, and if it beats flipping burgers or schlepping around in an office for eight hours a day, then it isn’t too hard to see why some people out there are guinea piggin’ full-time.

People putting their bodies on the line in medical science is not a novel phenomenon. There is a noble tradition of self-experimentation in science; whether it’s Barry Marshall swigging down some Helicobacter pylori to prove that it causes stomach ulcers, or Friedrich Sertürner self-administering morphine in the 19th century, there have always been scientists willing to throw themselves into their own experiments for posterity and recognition. But when members of the public sign up to volunteer in Phase 1 clinical trials, there’s a very different motivation at play. Phase 1 trials are a way of establishing dosage limits and side effect profiles in humans, and as such they are generally performed using healthy volunteers. These are not sick people hoping to benefit from a last-ditch experimental therapy or help others like them in the future (that’s where Phases 2 and 3 come in): with Phase 1 it’s all about something else.

“[T]he money is my main priority,” says Mike, a 43 year-old guinea pig from California, who estimates that he’s participated in about 50 trials over the last 5 years. “I started when I was living in Texas about 5 years ago…I saw an ad for a local clinic in the Austin Chronicle. For a couple years where I was seriously doing studies, I made $16 000 – 18,000 a year. I could have upped my intensity a bit and maybe with difficulty gotten closer to $30,000. . . . The studies can pay out large sums, but you will not get rich doing this.”

As you might imagine, this is a method of cash acquisition more likely to be employed by certain types of people: students, the unemployed, ex-convicts, and immigrants, for example. Some turn to guinea pigging to support political activism and a particular lifestyle; Dr Roberto Abadie spent time among a group of anarchist guinea pigs in Philadelphia in service of his PhD in 2003 to 2004. His later book, The Professional Guinea Pig: Big Pharma and the Risky World of Human Subjectsnotes, “Trial money…gives volunteers time to do community organizing”, with one interviewee stating that, “The pharmaceutical industry is financing community activism in Philadelphia.” Abadie’s book later goes on to say that, “Trial income offers them the opportunities to have fun and travel. . . . In their spending habits guinea pigs show a clear understanding that their bodies are commodities, almost using their bodies as ATMs to fund their lifestyles.”

Medical science is undoubtedly a worthy enterprise, but clinical trials with human subjects have a checkered history. For starters, there’s the fact that Phase 1 trials were historically performed using prisoners, a practice that ceased in the mid-1970s. The Tuskegee syphilis study was a notorious 20th century experiment which ran for 40 years, in which nearly 400 black men were intentionally deprived of syphilis treatment to see if there was a racial difference in the effects of the disease (its full title of the “Tuskegee Study of Untreated Syphilis in the Negro Male” surely wins some kind of award for cold and unflinching prose). More modern sensibilities have not kept further scandals at bay; in 1996 it was reported that Eli Lilly had recruited homeless alcoholics into its studies, and in 2005 Bloomberg Markets broke the story that SFBC International was using undocumented immigrants in its trials on new drugs, which were taking place in a rickety Miami motel, since demolished.

For those who are trying to make a go of guinea pigging professionally, it can be a risky endeavor. You could find yourself in a so-called ‘first in man’ trial, where a drug is being given to humans for the first time. A particularly noteworthy case was the Northwick Park incident in 2006, when an experimental immunological drug called TGN1412 caused a serious reaction in the six volunteers who received it. All ended up developing multiple organ failure, and the worst affected lost his fingers and toes. Afterwards, the volunteers were informed they were likely to develop cancers or autoimmune conditions due to receiving the drug.

Outside of devastating medical complications, there are also quotidian hardships to grind up against when guinea pigging full time; trial participants have no rights to a minimum wage, health insurance or workers’ compensation. Being a study participant is not recognized as a profession, and so guinea pig pros get none of the attendant benefits other jobs provide, operating instead as independent contractors. There’s also no union through which guinea pigs can air grievances or fight for better pay, although Robert Helms, editor of seminal zine Guinea Pig Zero, doesn’t think this a bad thing. In 2002 he and other trial volunteers grouped together and re-negotiated more money for themselves in a Merck study; his written account of the event notes that “[p]atients and lab rats hold a stronger hand in the courtroom than workers do…the drug industry is extremely cash-rich and competitive. This makes the industry able to throw a bone to small groups of savvy volunteers.”

Savvy is certainly needed if one wishes to navigate the terrain of clinical trials and come out unscathed. Dr Abadie has some advice for the prospective guinea pig: avoid the ‘first in man’ studies and trials on psychiatric drugs; best to stick to already-approved medicines and bioequivalence studies, which typically assess two similar and well-understood formulations to see if they reach the same blood levels after administration. Inpatient trials, where guinea pigs stay in a trials facility for the duration of the study, pay more than outpatient ones, so interested parties should keep an eye out for those, too.

Guinea pigging isn’t the only way to hustle for some money, of course. I’m far too much of a coward to enroll in a Phase 1 trial, so I’ve opted to write about it for cash instead. 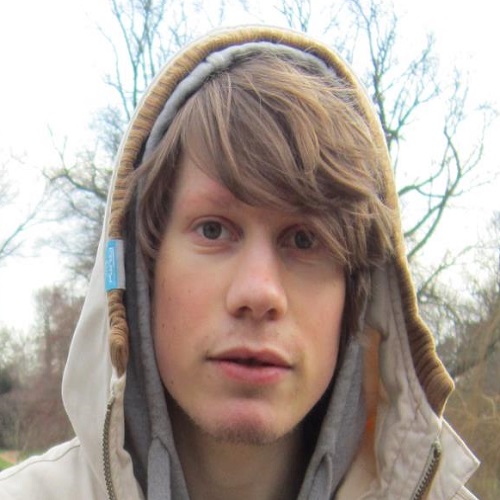 Adam Brelsford is a Pharmacy student based in the UK. His interests include medicine, writing, and any overlap between the two. He has previously written for PJ Online and the Cardiff University student newspaper.