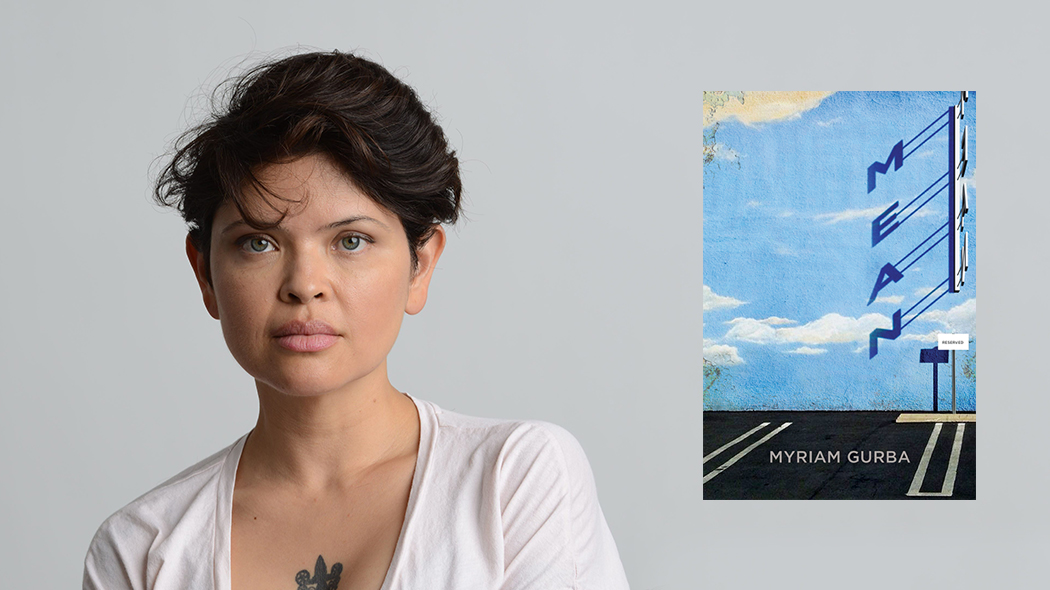 For its unapologetic examination of trauma, witty takes on the beloved idols of pop, and contributions to the genre of memoir, Myriam Gurba’s autobiographical novel Mean is a must-read, writes J.P. Tamang.

“God is like rape,” the narrator of Myriam Gurba’s Mean muses, “Rape is everywhere too.” Throughout this book, transgressions big and small disturb the narrator’s mostly peaceful upbringing at the hands of a Mexican mother and half-Polish, half-Mexican father in suburban California. As she ages, the reader witnesses Gurba’s teenage angst ossify into a protective mechanism against the everyday traumas of being a queer woman of color. For her, being mean is more than schoolgirl pettiness, “sometimes, it keeps us alive.”

Marketed as a novel, Mean is an autobiographical coming-of-age tale of a young girl coping with the post-traumatic stress of being assaulted by a serial rapist at large in her community. Based on this I expect many critics will call this book a feminist text. The moniker feels comfortable for the book not only because it is a survivor narrative written by a woman, but also because of the stylistic contributions it makes to American feminist literature and the genre of memoir. By drawing in disparate threads of popular culture and remixing them, Gurba excavates the often forgotten feminist tool of historical revision in the same way Kathy Acker did in texts like her Don Quixote and Great Expectations. Both authors pull in the debris from information age and assemble it into a montage of angsty, pithy, observation. Mean is a fresh take on sexual harassment at a time when the national discourse on women’s rights has taken center stage.

Mean’s narrator is precocious and outspoken. In second grade she likens keeping boys out of a make-believe fort to the pre-Voting Rights Act literacy tests of the American South. She weaves commentary on cultural figures like Walter Benjamin, Billie Holiday, W.H. Auden, Michael Jackson and Gertrude Stein into the story, creating alternate histories that distort the widespread conceptions of these people usually held in the mainstream. For example, Gurba highlights the discovery of a literal skeleton in the closet of the famous drag queen Dorian Corey, complicating their glitzy portrayal in Paris is Burning. Additionally, a fifth-grade Gurba gives her exegesis of El Diario de Ana Frank as lesbian smut.

These historical molestations are one way Gurba looks to the the past to tell a new story. Historical revision in women’s studies often interrogates and reimagines a view of the past that has omitted feminine labor. For example, there has been a recent discovery that Tolstoy’s wife wrote a significant portion of his oeuvre. In Mean, Gurba revisits sites of historical trauma in in an attempt to blur temporal distinctions between “then” and “now.” In her chapter “Cuban Interlude” she acts out the death of the Havana born performance artist Ana Mendieta, who in 1985 was discovered dead on the roof a deli after falling 33 stories from her apartment window. As a memorial, Gurba strips down and takes photos of her own silhouetted shadows, splattered on the walls. “Art is one way to work out touch gone wrong. In this emptiness, I am never alone. / Shadows fall. / Shadows fall again. / No one can touch them.” Naming Mendieta’s death as murder is an act of resistance itself, considering her likely assailant, her husband the sculptor Carl Andre, was acquitted despite convincing evidence that he’d pushed her from the window. Gurba’s reanimation of this scene is playful, irreverent and deeply personal, inviting the reader to imagine an existence where a woman’s word is valued and believed. In this regard, Mean debuts at a time when sexual harassment has reached a boiling point in mainstream media, when the survival narratives of figures as notable and Kesha and Selma Hayek are at the top of our infinite scrolls. Mean intimates that there is always a herstory to support you in this moment, someone like you who’s been here before.

Mean slips between the genres of memoir and poetry. The book’s most haunting moment makes use of a concrete poem, a form popularized by Brazilian modernists, constructed from the fragments of court documents from a rape-murder case and shaped into the silhouette of a body. The poem, which explores the tenuous veil between life and death, echoes formal and thematic aspects of Mendieta’s Sileuta Sangrienta, or the mysterious prayer passages of Leslie Marmon Silko’s Ceremony. Print on the page becomes as chilling as a chalk outline at a murder scene. While making use of high-modernist forms, Gurba, a high-school history teacher, also uses the tone and vernacular of a disaffected teenager. In art class, for example, she covers a sandwich in red paint and explains “It was blood, fake blood, ketchup, a joke, whatever.” The style is one part statement, one part persona. “When do you think white girls will go extinct?” she asks. “We are more than a decade into the twenty-first century and I see no indications of their decline. / There are still plenty of them to feel inferior to.”

Gurba’s critique of whiteness reminded me of Gloria Anzaldua’s in Borderlands/La Fronterra, but funnier. It’s also complicated by the fact that Gurba is part white and grew up middle class. She eye rolls her way through Montessori school and UC Berkeley, which punctuates her moments of adversity, such as when she is forced to apologize to a group of white girls who leveled racial slurs at her. Mean explores mixed race subjectivity in a series of self-conscious reflections, call-outs, and queries that dissect the way our privileges interact with the things that marginalize us. This reflection is most evident in the way she contrasts her own life to that of Sophia Torres, a woman who died at the hands of the man who raped them both. While looking out over the strawberry fields where Torres toiled as a migrant worker, Gurba deliberates: “The privilege of surviving doesn’t feel good. It makes me feel guilty. It makes me not want to enjoy strawberries. / Parts of Sophia must’ve looked like strawberry compote once he was done with her. Sauce in the moonlight.” Gurba’s identification with Torres brings attention to the specificity required in making the distinction of “victim” or “survivor.” “We both understand that he wanted us dead. She wound up dead. I mostly didn’t...I’m unqualified to tell [her story], but since she’s dead so is she.”

At its finale, Mean refuses to draw conclusions about the significance of life or the complex shifts in subjectivity that occur as a result of assault. As an adult, Gurba makes a pilgrimage to the site of Torres’ death in a scene that is short and anticlimactic, something she admits to doing because her therapist recommended it. Gurba then makes a confession to a chalupa in a Taco Bell before the book terminates in present day epilogue. The reader, left thirsty for answers, wants to know if Gurba is healed, and more generally if one can ever really recover from the catastrophes that shape our lives. The refusal to wrap our experience in a neat bow is, however, part of what makes Mean’s commentary so worthwhile. For its unapologetic examination of trauma, for its witty take on the beloved idols of pop, and for its contributions to the genre of memoir, Mean is a must-read. Make no mistake: it’s not a text for the easily triggered or faint of heart. Gurba’s voice is strong, irreverent, vulnerable, and smart all at the same time, a much needed perspective at a time when white gentility dominates the national conversation on seuxal harassment and what it means to be accountable.