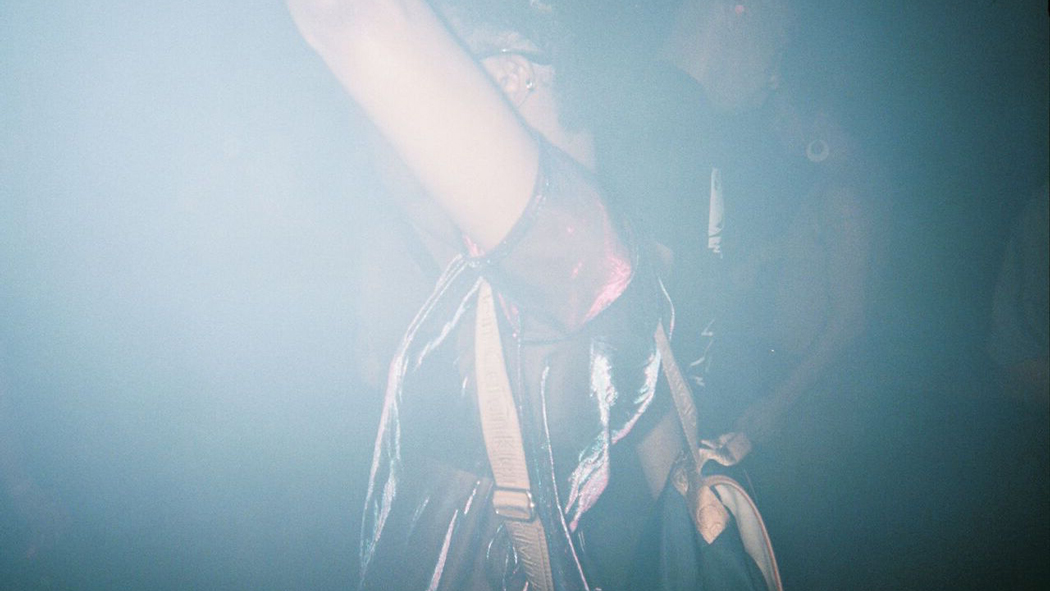 The Atlanta-based underground collective No Lite is bringing dance music back to its rebellious roots by throwing wild parties in abandoned buildings.

”Let’s Go Dancin’” blares throughout a burnt-out building on the south side of Atlanta, GA. The city’s vast highways are eclipsed by throbbing energy; freaks, queers, and earthlings of all stripes squeezing themselves together on the red-lit dance floor of the new, recurring underground party No Lite.

To get to the squatted venue, people make their way over a guardrail and down an asphalt pathway overgrown with weeds. They come in crews or alone, wearing heels, combat boots, designer jackets or hoodies; they come with face paint and unnatural eye colors. Once inside, they move intensely, freely, with a kind of feral catharsis, giving themselves to each other and to the music without restraint.

No Lite is a collective of roughly a dozen people who throw parties together in Atlanta, GA. The collective practices involve a relative amount of anonymity due to the illegal nature of some aspects of the project, such as squatting. As a result, interviewees decided to refrain from using their full names in the interview below. The interview was conducted to bring to light some of the novel characteristics of the group as well the emerging dance movement that accompanies it.

What is No Lite? What are your intentions with the party?

X: In short, No Lite is a collection of creatures who throw parties together.

O: No lite as a collective emerged to fill both the material needs of friends in the face of widespread political repression and the affective needs of a city confronted with the commodification of night culture. ”Nightlife” has become the commodification of the cultural and social creativity of those who go out. Venue owners and developers, by virtue of owning spaces, can profit off of our cultural work and artistic interventions. The night becomes a space of consumption, where attendees pay admission, keep to themselves, and then go home at a reasonable hour without pushing the limits of their imagination.

Some of us had thrown parties in the past, typically as fundraisers for legal defense funds, and found that we could raise a lot of money in one night while also creating an open space where people could be wild without feeling like a spectacle and instead be active participants in creating the night.

Several of us came from the DIY punk scene, in which as teenagers we tried to work together, find spaces, put on shows, and so on. No Lite is this same practice. Our events are only possible because of the large amount of support we get from people who give their time, resources, and energy into throwing the parties.

X: So, punk is back because this world is ending again, hopefully this time all the way. No Lite is one means of experimenting with our idea of a better life. The proper punk scene in Atlanta is mostly a bunch of old people with real jobs and stuff but there are some newer younger punks who are pretty wild. Rebels wanna rebel.

What’s the promise or potential of dancing together now, as the world is ending? Why dance?

O: A dance party is different than a performance. A performance is a one-way spectator event between the person on stage/behind the mic and the audience. Even calling the crowd watching a performer an ”audience” belies the individualized experience one has when going to see a performance. Dancing, and spaces that inspire dancing, break with this entirely. Dancing gives the power to the crowd as a tool to make them the active participants in shaping the night. People can experiment in using their bodies, practice new gestures and ways of interacting with one another. Dancing is a spontaneous, improvised experience shared only between the individuals present there in that moment. Dancing is an art of collective intimacy that breaks with the atomized existence of passive consumption.

M: Almost everything we do with our bodies treats them as instruments – as tools for producing something. We use our bodies for transportation, for labor, for defense. When using the body productively, there are rules and techniques that must be followed to be successful. Dancing is not productive. When you dance, your body becomes an instrument in the musical sense – something to be played and enjoyed without regard to efficiency or outcome. There are no rules in dancing. 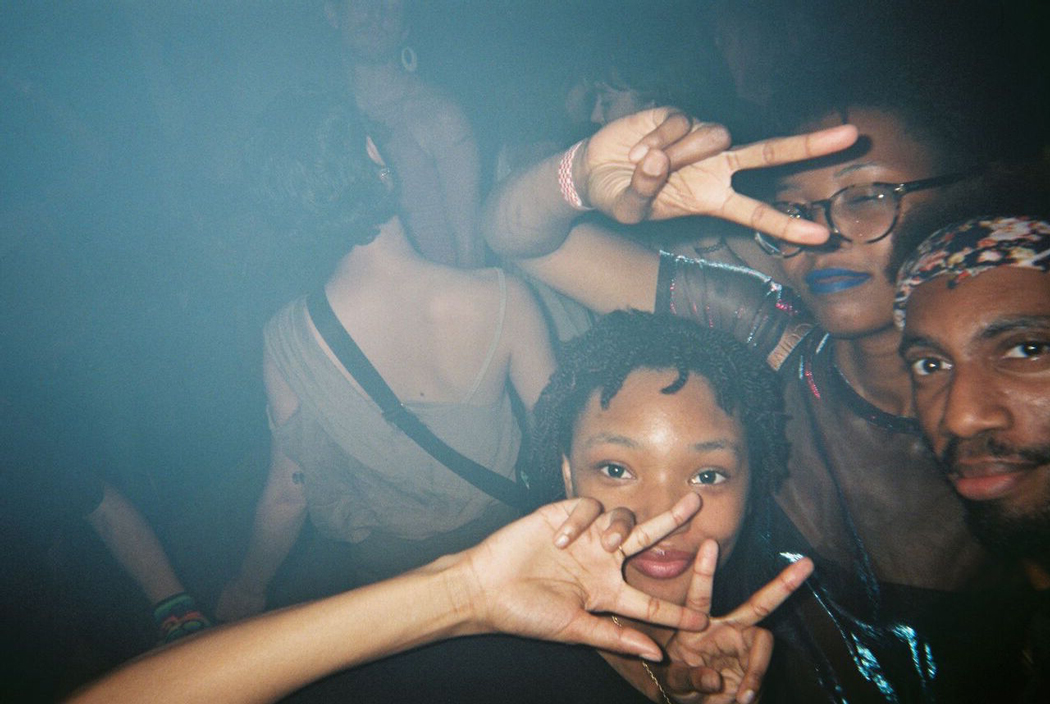 For people who came up going to punk shows, techno music and raves might offer a completely new experience. At the same time, EDM is arguably bigger than ever before and, like you mentioned, has become a very streamlined and consumer-based industry. What potential is left in dance parties?

M: In Europe in the 80s and 90s, dance music was the core of a widespread youth rebellion which threatened to destabilize class divisions, law and order, and social norms. Eventually the movement was recuperated, but for an entire generation of young people, dance music was synonymous with revolution. This never really happened in the US. Dance music was subversive in the underground, but by the time it broke through as a mass phenomenon, it had already been sanitized. In the US there’s a kind of nostalgia for something that few here got to experience: the weird, uncontrollable, joyous vibe that gave birth to EDM, but is lacking in today’s commercialized version.

P: There’s a nice quote that I came across from Theo Parrish recently that goes, ”If you take away all the magazines from dance music, if you can imagine what’s left. If you go back in time, if you take that away. You take away all the sponsorship. You take away all of the things that make it a commodity and you break it down to it’s essential form... you have nothing but pure experience among individuals. If you can imagine that and then turn it into language that’s spoken among the youth, that’s shared amongst the youth. Something that you own, that no one else owns, no one else can put a stamp or a tag on it...” That’s what we want! Dance parties allow us to experiment with ourselves, with each other, and with our relationship to the city in ways not possible otherwise. Illegality or operating outside of commercialized environments makes that experimentation more possible and more interesting. 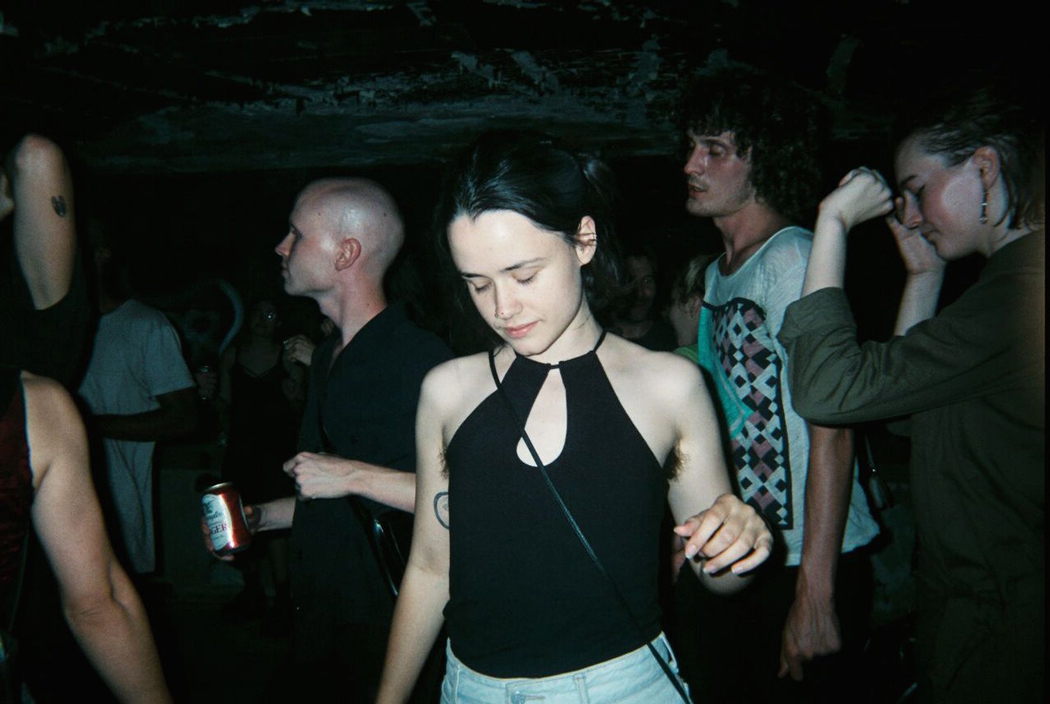 Can you describe some of the parties you have thrown?

X: In a certain sense, we’re not able to claim so much responsibility for the nature of our parties. The people who come contribute as much as we do in their construction. Dancing is what people do at our parties and to dance is why they come. We put a little more effort into constructing the conditions for this than other DIY parties in the city. We try to be intentional about the sound, the music, the DJs, and so on. We fill the space with smoke, have minimal lighting, that sort of thing. We started squatting places for our parties recently, that definitely contributes to the atmosphere.

The other parties in the city that focus on the music, or try to make a dance party, draw a pretty straight and middle class crowd. There are a ton of gay spots here but their petite bourgeois dispositions make them intolerable to us. Last time I was at Mary’s – a gay bar in East Atlanta – my friends and I got kicked out after spending a few minutes there without buying anything. They wouldn’t even let us hang out on the porch! Our parties are for those who don’t belong.

Is there anything else you want to add?

X: A related project is in the works to more proactively resist exploitation by venues and give more power to the youth, so keep an eye out for that. Shoutout to Ash Lauryn, Stefan Ringer, Kai Alce, and Jay Simon especially for DJing our shit and/or being supportive. Shoutout to Sunsets [a party-promoting entity that’s been doing similar things] for taking the initiative on some good stuff. Thank you to all who have continuously showed the fuck out and supported No Lite. If you want to get in touch with us our primary contact is nolite@riseup.net or hit us up on Instagram. 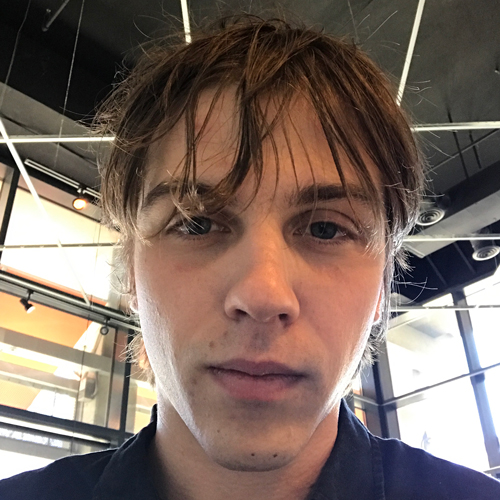