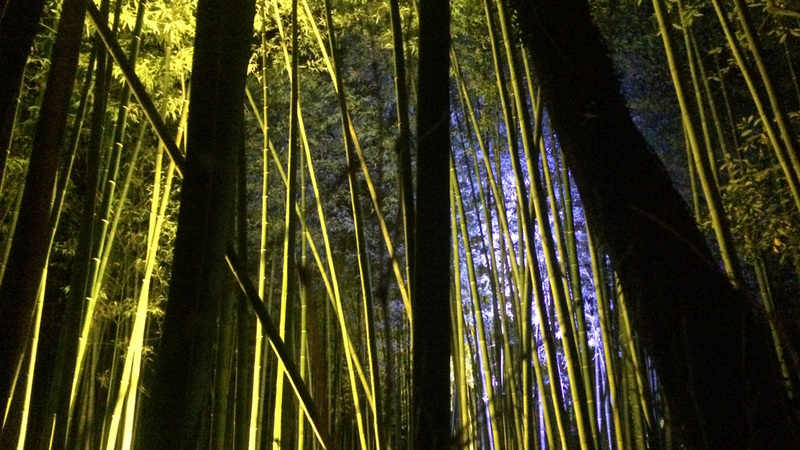 We could try to connect all the swamp’s magic and historical importance to our situation today, which connotes Facebook, Trump, environmental disaster, black death, culture versus nature. But that would be madness.

A threshold of life and death. The swamp holds a smattering of trees in standing waters up to its multi-layered canopy. The saturated land keeps an engulfed meadow. Amid low-lying shrubs, pools coalesce atop seasoned earth. One cannot help admire the wildness of primordial nature, to appreciate the outgrowth of its networks and wonder how far they stretch.

I remember years ago, while I was volunteering in New Orleans, I was with a crew of kids cleaning up a bayou shortly after Hurricane Katrina hit. Between alligators, we pulled construction debris out from the water with thirty-something-foot-long rakes.

Walking down a green thoroughfare, I noticed a heron in the water. I froze. Instantly we made eyes. The shape of the bird caught me. It was long, slender and rigid, standing utterly still in the bayou. Its birdness kept me in a trance. There it stood atop the low water, blocked off in blue and gray.

I was shocked. The sense of it standing there amid alligators in a freshly weather-torn world gave me an immense humiliating feeling. It was as if the bird reminded me of shame, shame for being separate, for being human. Together we came face to face, and each sort of gave the other access. Shook, I tried to continue my walk, but I felt like I shouldn’t. The bird and the rest of the swamp around me were suddenly watching.

Just moments before, immersed in the other volunteers’ dark visions of the inevitable fate of the bayou and its extended waterways, I was all too human.

“This is where a Starbucks will be.”

“Yeah, a Starbucks inside of a Wal-mart!”

The swamp is seen as hostile, as something to tame, classify and exploit. I'm not interested in the business of politics, but I can't help thinking about this in regards to history and meaning. Politicians and my trumped-up relatives on Facebook call to drain the swamp, but the right is not the only side to make use of the swamp-as-evil metaphor. Even the environmentalists would be rid of it – at least metaphorically. To argue for preservation, the burgeoning 1950s environmentalist movement conjured the notion of the wetland to replace the untenable word-image swamp.

I'm tired of their mixed metaphors. They have no intention of saving anything. In their future, everything dies or drags along under the weight of gases. The Katrina volunteers used to joke about America tearing up the swamps for development – harsh comments enjoyed to my future self's chagrin – but their density harkens the reality of now. The intensity of today is like the difference between youthful enjoyment and adult perception, like the irony of post-Katrina New Orleans getting destroyed by the American project. This is the entanglement of our global and social situation. I mean, this new harrowing reality must have touched us all by now. Every day we're reminded of our economic insecurity and environmental uncertainty and we just have to sit in it.

Paris agreement or no Paris agreement, the blue heron’s gaze stays with me still. Every time I find myself in the quiet outside the city, I sense its stare. I sense it now and it interrupts my wandering thought and almost puts me off writing. I don’t want to be like the politicians or environmentalists who reduce the swamp to property or catch phrases.

I can safely say that my favorite aesthetic is “post-civ,” where plant life grows over, and through cement walls and takes back the entirety of infrastructure. But the swamp represents something more powerful than this aesthetic value, an earlier mathematical fractal geometry that invokes hard science and then holds it by the waste in the bayou. Its peculiar undomesticated forms contrast all that society strives to subdue.

I feel like the swamp is something greater than myself. I want to consider it like the cosmos. But this weird respect I have for it makes it almost impossible. As soon as I try to address it, I lose it.

I would try to attach all the swamp’s magic and historical importance to our situation today, which connotes Facebook, Trump, environmental disaster, black death, culture versus nature. But that would be madness. Tying this amazing metaphor to what it takes to materially be in the world is the real crisis. And I feel like we’re always trying to invoke the crisis. The swamp is much more important than that. It is basal level in the purest magical spiritual sense and it is what we’ve lost already, what we will surely lose in the years to come, and what our species lost right away by trying to pave it.

How to give into its true nature without falling into the trap? I want it to retain all of its substance and avoid codifying it. The best I can do is play like Susan Sontag did and list punchy one-off thoughts, little flits of meaning.

The swamp is something other to us. Historically untenable land, derivative and murky, always affirming that it is beyond management.

To most, a swamp is simply a forest of trees and plants, living and dead, standing in pools of water. Swamp land is generally seen by the public as useless and infested, just waiting to be paved. It’s often quite cheap.

The swamp is a holdout of the natural world against the capricious impulses of human will.

In contrast to the open-to-the-sky worlds of marshes, bogs, and fens, swamps are typically vaulted and enclosed by high columns of tree trunks and ceilings of leaves.

The swamp is the low-lying abyss that cradles the South all while bursting its boundaries: real and unreal, natural and supernatural.

Swamp life is the setting for southern historical narratives. It is ungovernability, it is the gurgle and the grit. The swamp is a site of attack.

The Great Dismal Swamp ran 2,000 square miles. It was a refuge for escape. It was a base from which to attack.

Since the colonization of America, the swamp has represented a challenge to imposed order. It has never been successfully unified with state or capital.

It is the other to ecological catastrophe, pollution, and deforestation. It is antithetical to swamp tours touting cultural authenticity.

It is the struggle to reconcile with the notion of Southern identity.

Swamps are drained and developed to synchronize their unknown qualities with the basic. To drain is to govern. In the end, politicians transform both the wetlands and our personal fantasies into the politics of commerce.

Insurrection is part to the swamp. It is a culture of revolt against slave owners and plantations. It is defiant communities caught in the periphery.

The nether realms, the algae, and the bracken. To enter the swamp is to withdraw further from men.

The swamp is the unconscious of the American imagination, a hideout for shame and denial, harboring petrified remains of everything from slavery to today's hellish strip malls.

The US civil war is held in its quagmire and wastewater.

When you forget about other worlds, and everything appears predictable and hard and you can't convince yourself of the possibilities you felt before, the swamp is there.

Muck and meek come from the same Germanic root (an Old Norse word mjúkr meaning soft or gentle). The swamp is both.

The swamp's voice is the voice of Tarkovsky's Stalker:

Let everything that's been planned come true. Let them believe. And let them have a laugh at their passions. Because what they call passion actually is not some emotional energy, but just the friction between their souls and the outside world. And most important, let them believe in themselves. Let them be helpless like children, because weakness is a great thing, and strength is nothing. When a man is just born, he is weak and flexible. When he dies, he is hard and insensitive. When a tree is growing, it's tender and pliant. But when it's dry and hard, it dies. Hardness and strength are death's companions. Pliancy and weakness are expressions of the freshness of being. Because what has hardened will never win.

This is The Swamp Issue where we dance with torches in the streets of New Orleans, tour the mythos of the Great Dismal, and read our favorite books out loud to each other. Let's wade in the cornucopia of power and pluck, become close with both the birds and the reptiles, and transform our stubborn selves into lively new things, gentle, flexible, and deadly.