Who doesn't like a little dress up? Chilean students disguised as tourists crash Presidential Palace.

My boss make a dollar, I make a dime One Home Depot employee has gotten serious hate messages for wearing an ‘America Was Never Great’ cap. 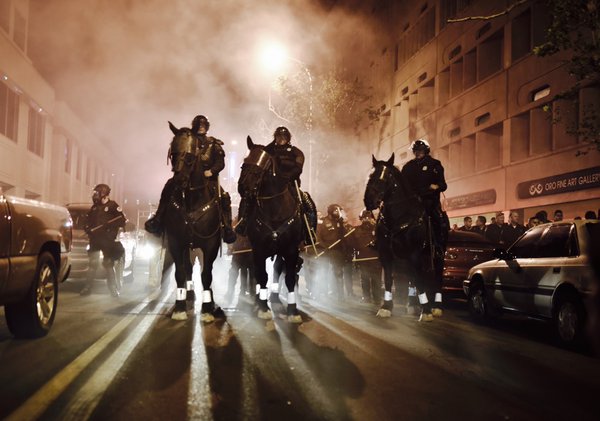 This week in ACAB

Kids in Albuquerque stirred up some trouble yesterday outside of a rally for Donald Trump. According to the tweets, protesters threw rocks at police on horseback, set some little stuff on fire, and waved a Mexican flag. Cops are saying they did not tear gas anybody, el oh el ...

If you are throwing rocks or starting fires at the #trumprally you're not a protester you're a punk. We are better than CNN is showing.

And all I can say is punk is not dead.