The Goddess Inside Here’s what I learned while testing the yoni egg.

Love and Tar Easton Smith planted seeds of love and hatred on a strip mine on Utah’s Tavaputs Plateau. 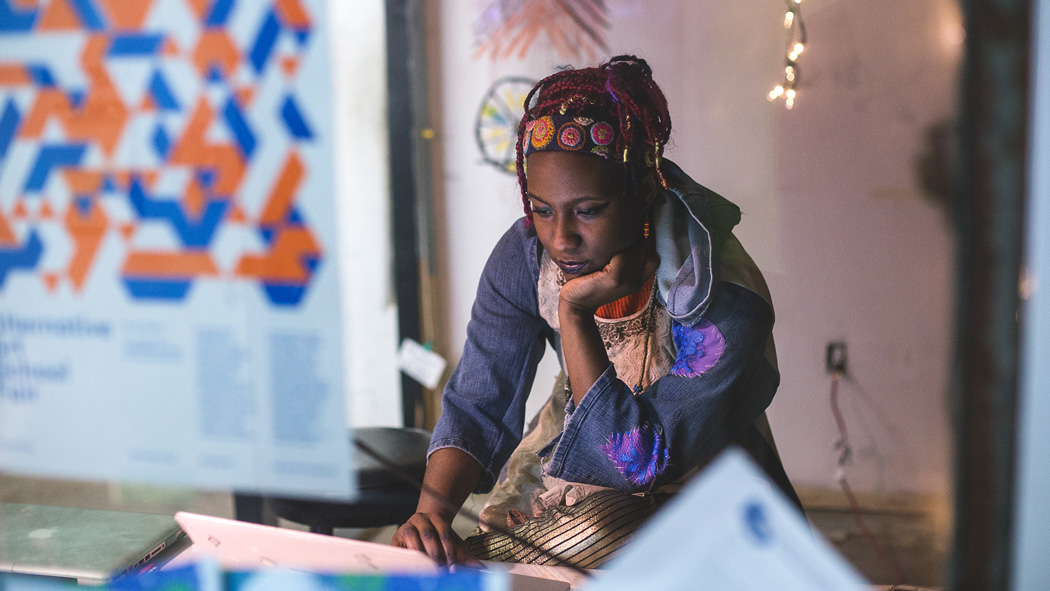 Yatta Zoker on making her debut EP, the psychological warfare of black creativity, and why the internet is not your bedroom.

Earlier this month, Mask Magazine premiered YATTA’s debut EP Spirit Said Yes! We called up Yatta Zoker to ask about her creative process, nostalgia for home, and feelings about the current political moment.

Congratulations on releasing your first EP. What was the process for making it?

I got a loop pedal about two years ago. I would spend hours almost going into a trance with the loop pedal, creating a bunch of sounds and recording them on my phone. I wasn’t intentionally writing songs, it was more a way to make music with my voice. It felt cathartic and natural. Then I started teaching myself how to produce. I wanted to be able to accompany myself live. After I did that, I started performing. People kept asking me where they could find my music online and I didn’t have anything. So I was like, Oh gosh, I have to write songs, not realizing I had already written tons of music in the year that I was experimenting with the loop pedal.

At that time I was at home in Houston, where I grew up. My namesake had just passed away so we spent time going to visit family and going to the funeral. I was asking a lot of questions about her and our history. Some of the loops on the EP come from recordings I did of burial hymnals and conversations during that trip. I guess it was a way of trying to construct meaning from family, a way to figure out who I am and what I have to offer, what the matriarchs in my family have offered and who they are guiding me to be after their passing.

When it came time to construct songs out of all these sounds, I decided to raise money via GoFundMe to have studio time and round up all the songs that I’ve been working on for the last few years. I have so much more, but I just wanted to put something out that felt cohesive. 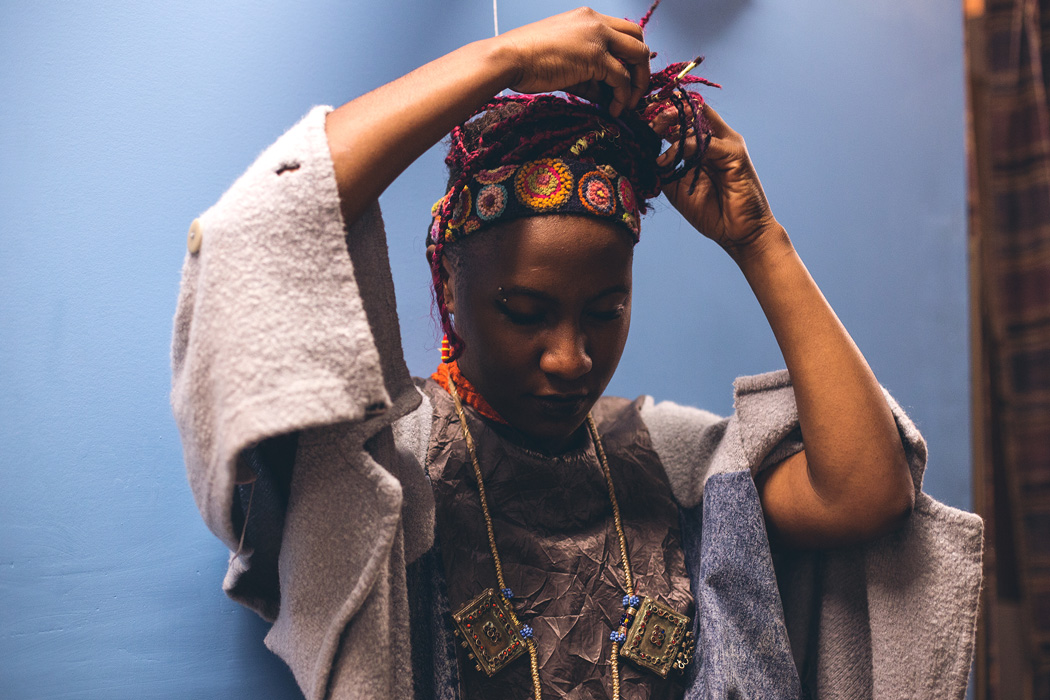 The music video for Desert Song as well as your digipoems seem to contemplate home in a sorrowful-nostalgic way without clinging to it or essentializing it. Where is home for you?

I think I’m figuring that out. I spent a lot of time travelling growing up. My parents live in Sierra Leone now and I haven’t seen them for a while. A lot of my other family lives in Houston. It’s almost like I can’t do anything unless I have my feet on the ground, so I’m trying to figure out how to ground myself so I can give more. So that I’m not so antsy. I feel like there’s a rooting that happens when you know who you are and where you come from.

But I’m ready to say, Enough of that. Enough of looking for that place. It’s time to look at where I am and look to the people on either side of me and ask what we need. That’s the only thing that gives me hope.

Your music and visuals all feel connected to this really rad femme corner of the internet where people seem completely fluent in digital expression and explore their complex and messy selves together online. Do you feel at home on the internet?

I think I’ve met some of the most incredible people that I know on the internet. But I don’t think that’s where it ends; I think that’s just where it begins. I’ve had the blessing to spend time with the people I’ve met online in real life. So, yes, we grew up there. But now it’s about not treating it as a refuge.

It can’t be a bedroom anymore, that’s what I used it as for a long time. A resting place, a place that I could read and meet people. But stage two is like, okay, you got these connections, you know your way around the place. Now make some shit happen.

What inspires me is seeing people that I know treating it as a place to organize, shift funds, and create new models for sustaining people who need help. It was cute when it was a place to hang out but I think that’s pretty irresponsible right now. It should be more a place of connecting people who can help each other.

I’ve been really inspired by Rafia’s project, #PayBlackTime. It’s really brilliant. It encourages white people to contribute to the livelihood of people of color. It’s a simple ask, and a quick redistribution, I think that’s such a hopeful way of using the internet. I want to look towards that function of the internet. PayPal didn’t know they could be on the side of that, but we can hack and twist these things to get what we deserve. 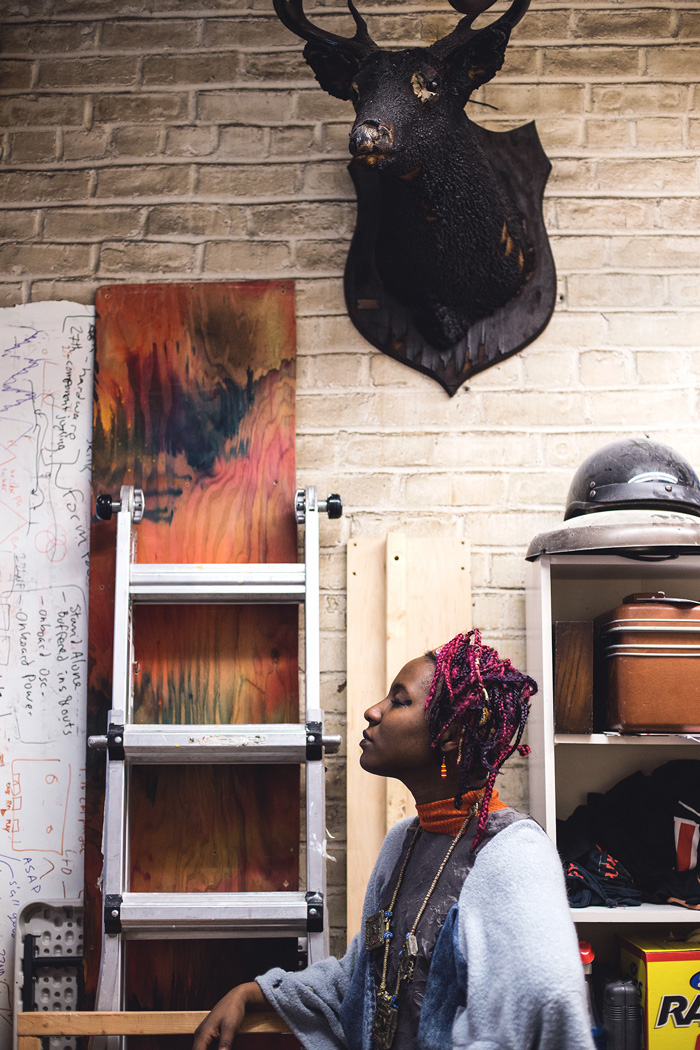 How would you describe your spiritual practice? Do you see it as part of one or several traditions, or something less rigid and of your own?

I think I’m a pretty practical witch. I have a cyber coven of people who use our imagination and intuition and tools – cards or any other divination practice – to clarify what we’re going towards and what we need to do within ourselves to align with those goals. It’s pretty practical.

I love reading for people because it shows them that they too have the ability to commune with themselves, listen to themselves and all the other things that we all seek. We can offer those things to ourselves. Spirituality gives me a space to go into where that’s the name of the game. It’s almost like I had a coming out because this is how I’ve always navigated the world. It seems like it’s become safer for witches.

But it’s also become harder to talk about, in part because anything related to spirituality has become such a joke within capitalism. The words we use to describe worlds and possibilities outside this one have come to mean halloween costumes and Pinterest tags.

Right, even though they signify the ways that black people have survived. When I look to people like Nina Simone, James Baldwin or Octavia Butler – the spaces that they went into to write and have that intense clarity regardless of what was going on, that’s magic. To be able to shield out all of the shit that the world is telling you and listen to solely yourself, and communicate that to others, is magic. To be able to prioritize your truth in the face of all these apocalyptic, catastrophic ideas of what could happen to you is psychological warfare. Especially when the hate that is faced towards you is so powerful. 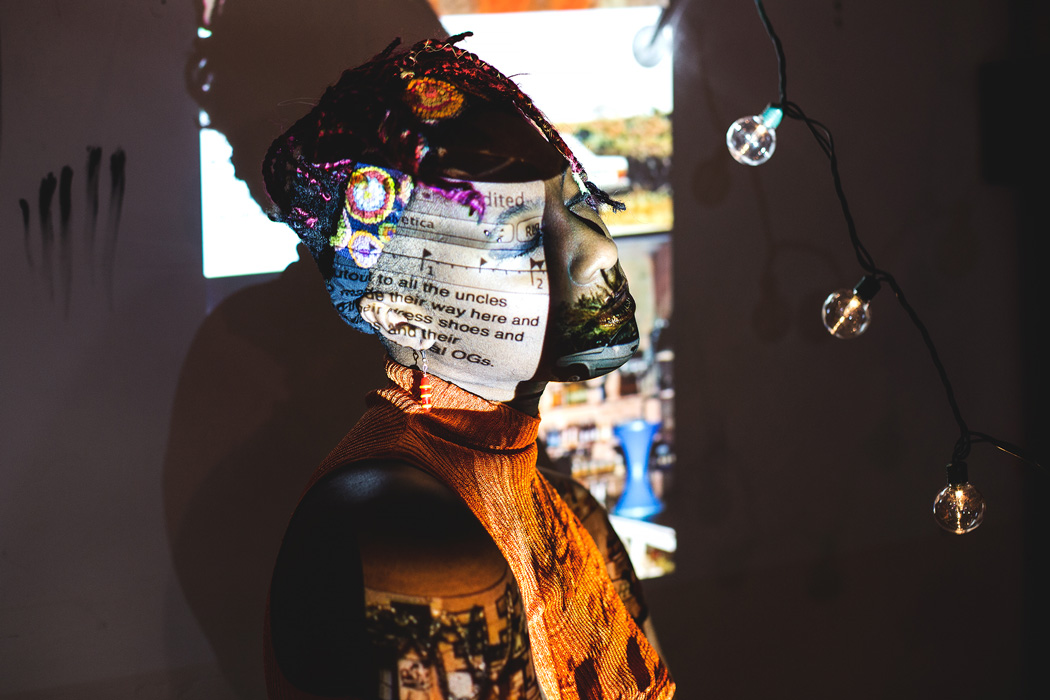 What are some of the conversations you’ve had in the past week? How do you feel about the present moment?

I’ve never been invested in electoral politics because I don’t see it working for the people that I love. Electoral politics are really confusing, and intentionally so. As someone who was “privileged enough” to go to a college where they teach you how to understand this twisted language, if I can’t understand what’s going on, I’m sure there’s a lot more people who are also confused.

I guess to me and some of my friends it feels like a lot of other people have now woken up to the reality that most people I talk to have been living in for a long time. I don’t really know what’s next, it just feels like it got a little messier. Honestly, my brain is having a hard time imagining what it means to have Trump as president, I hardly even say his name.

Yeah I guess this question is a little over-determined. Just because white liberal America is freaking out doesn’t mean that everyone feels the same way.

Right, don’t coax me to mourn with you, because this was not a surprise. So you are going to have to get over your shock and surprise and need for comfort somewhere else. It’s tiring and kind of gross. I’ve had to take some space from people in my life that I thought were seeing the reality of where we lived more clearly. Because to have to grapple with how I feel about it and what the fuck me and my loved ones are coming towards while comforting someone who’s had the privilege of not having to think about that white supremacy is sitting on our necks … is too much. It’s too much.

What are you reading to, watching, and listening to right now? 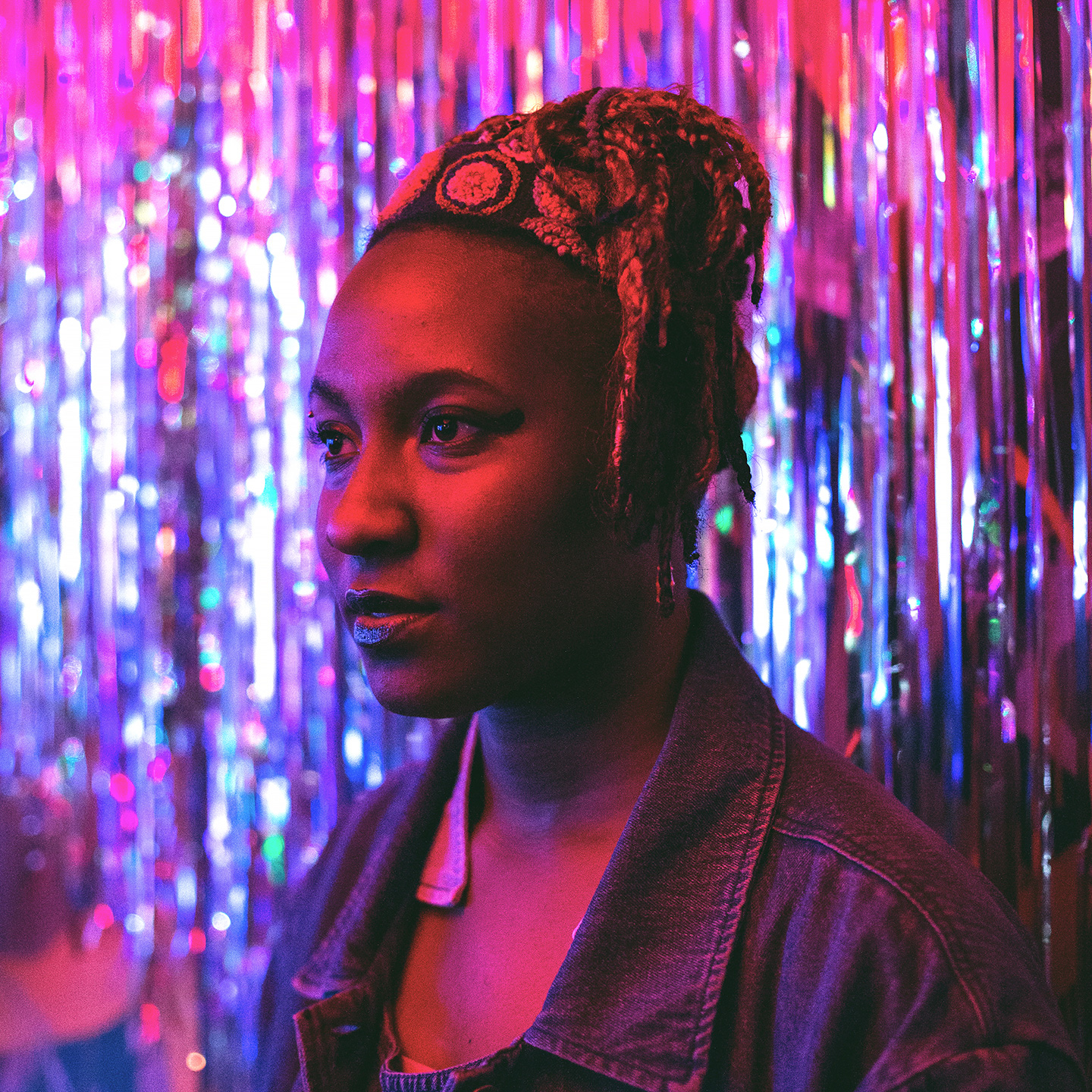 I’m hoping to book more. I don’t have any coming up, because I decided not to do a release party. I want people to reach out me, and I want to reach out to people. I need to leave New York, I need to move around. I want to visit family and friends. I’m always trying to figure out how I can scheme music-making to bring me there.

I feel a bit stuck right now but that I’m not allowed to be. It’s just the beginning. I’m feeling like, let’s go. Let’s make shit happen.